I've finally figured out how I want to set up my 2016 Hobie Outback!

Last year, I fished exclusively out of the 2015 Hobie Pro Angler 14 and while I absolutely loved that kayak, there were many times that I missed the speedier and lighter Outback. When it came time to pick my Hobie Fishing Team boat this year, I made the choice to get what I had missed.

The challenge came in rigging. Rather than just jumping in and throwing a ton of stuff on there, I took a bit of time to figure out exactly what was going to work best for me. With the Pro Angler, rigging was easy as could be thanks to the H-Rail system that comes on them. I could easily swap, add, remove, and move any of my Railblaza rod holders, camera mounts, visibility kits, and electronics with a simple flip of a lever.

On top of that, the Pro Angler has a large, water tight, square hatch on the deck that holds a couple of tackle bins. I use these for terminal tackle and little tools that I use almost every time I am out. The Outback on the other hand comes with a round hatch and while it does have a little drop in tray, the amount of space I had for this stuff was greatly reduced.

I was definitely going to miss that versatility of the H-Rails and that extra room in the hatch!!

Why miss it when I could simply replicate it?!

So that's what I set out to do and I started off by calling my local sponsoring Hobie Dealer, Quest Watersports, and ordered some parts including a square (rectangle) hatch with the tackle management system and two lengths of H-Rail bars and mounts.

The first part to go on was the square hatch and I thought I'd do a little video of that install incase anyone else wanted to do the same thing to their Hobie Outback!

The video is a bit shaky and grainy as I had to record everything with my phone thanks to some cameras not working (still not sure what's going on there). The entire project took me about 30 minutes and I did a lot of it with one hand while the other hand help the camera/phone. With two hands, the install should be a breeze!!

Here are a couple of pictures of the kayak all set up! I'll be working on another video showing how to install the H Rails on the Outback soon!! 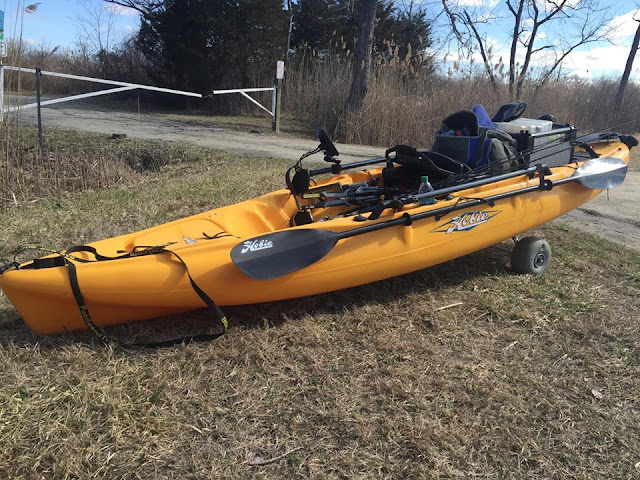 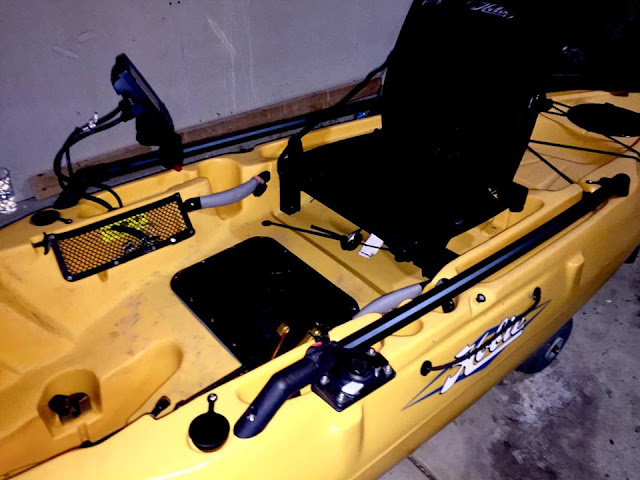 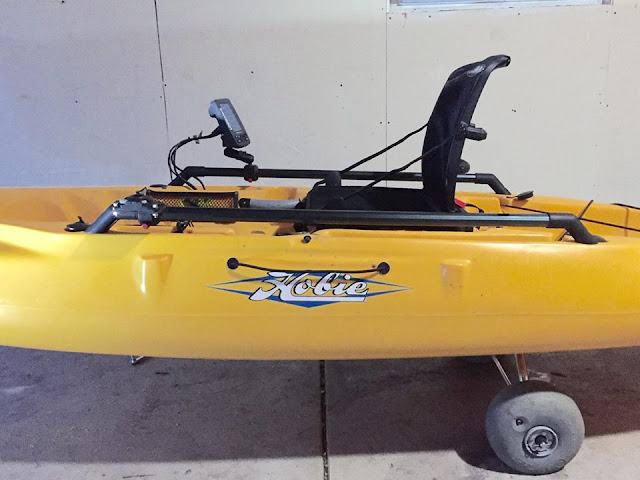 I will also be adding two different anchors on this kayak - the Anchor Wizard and the Power Pole Micro Anchor with the help of some new gear tracks from Lucid Fishing called the On Track System.
By BrookfieldAngler
Email ThisBlogThis!Share to TwitterShare to FacebookShare to Pinterest