Earlier last week, I sent a text to my Dad, "Wanna go kayak fishing with me on Saturday?"

Until this point, it had been more than twenty years since we had been fishing together. It wasn't a point that I had even considered until Friday night as I was getting the kayaks and gear ready.

There isn't really one reason why it had been so long. I suppose it's a long and varying list of reasons that I won't really get into but I was excited when he - despite some nervousness on his part about kayaking for the first time ever in pretty cold water - said yes. I have grown a ton as a son, a person, and an angler since the last time we were fishing together and I was looking forward to the student showing the teacher what I've become.

That morning, we met at my house, loaded the truck and were on the road by about 7:30. I wanted to check out a lake that I have had on my mind for a while. There were no boat ramps and it was going to be a little but of a hike before we could launch. In hind sight, I suppose it probably wasn't the best idea to tackle an unknown path with a first timer but after a few breather breaks, we made it to the water's edge.

After a bit of an instructional on the Hobie Pro Angler 14, he had the hang of pedaling and steering. We set course for the N/W corner of the lake that I really wanted to focus on.

On his lines, I set him up with a mid-sized inline spinner and a small plastic worm on the other. I started off fishing some jigs without a ton of success. Seeing a fair amount of bait and fish within 10' of the bottom, I decided to switch over to a 1/2oz Biovex Stangun Spinner with a Fishing Physics White Grub trailer. It wasn't long before the first fish was in the boat. A short while later, fish number two was in the boat. 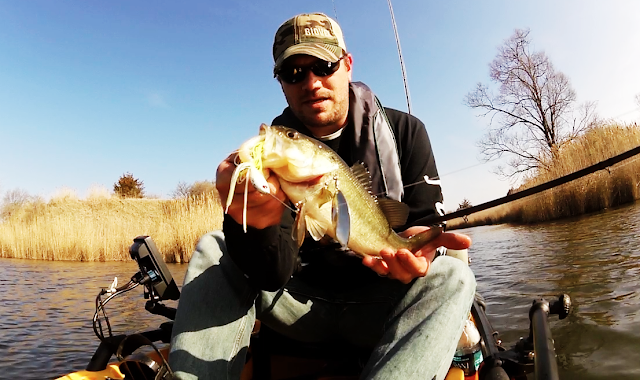 Soon after, I looked ahead and saw the old man's rod bent over. The pressure was off as he landed his first. While not his first bass he ever caught, it was the first one that I had seen him catch in a long time. It was also the first time he had caught a fish from a kayak. And it was the first of what I hope will be many. 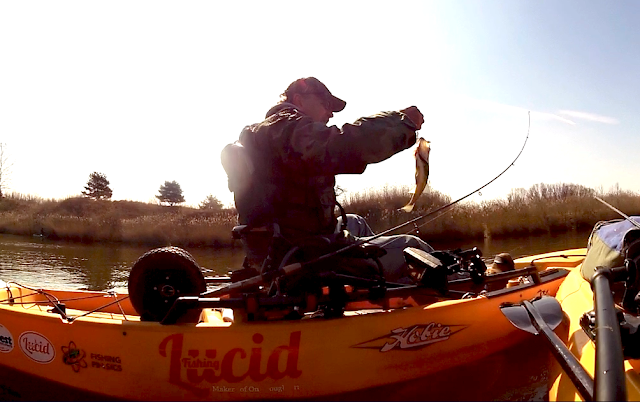 Not much later, he had another one on the line. I had just about turned the camera on and was about to head closer to catch the action when I felt a slight tick. This was out first double header. 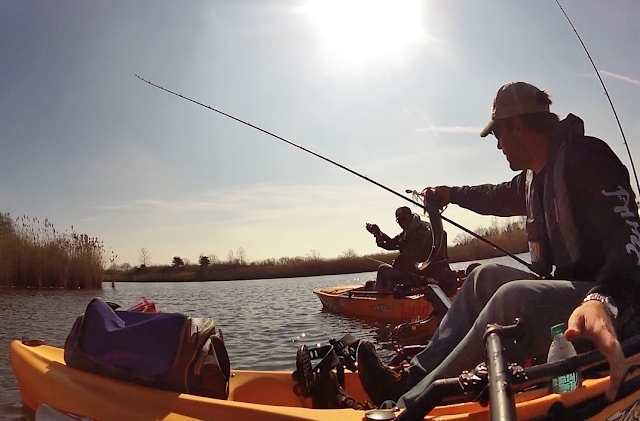 At the end of the day, we caught eleven bass. Most were small with a couple of decent ones mixed in. I had switched up lures to play with a few presentations but the white spinner and a white chatter with various trailers including the grub and a StankX Damsel were the top producers. Everything on my line hit close to the bottom as I slow rolled the bait along the bottom. Pops stuck with the inline spinner and put four in the boat.

Aside from the double header, the highlight of the fishing end of things came when he asked me, "Do you have three of four?" Just as I was about to answer, I got thumped and said "Four!" It was just one of those perfect fishing moments.

Fishing aside, the absolute highlight of the day was breaking that twenty year plus slump. It was great teaching my Dad something when he was the one that taught me how to fish in the first place. I got a text from my sister later that night saying how he had called her all excited and how great of a time he had. He summed it up to her as one of the best days of his life.

Here's the video from the day's action and some more pics! 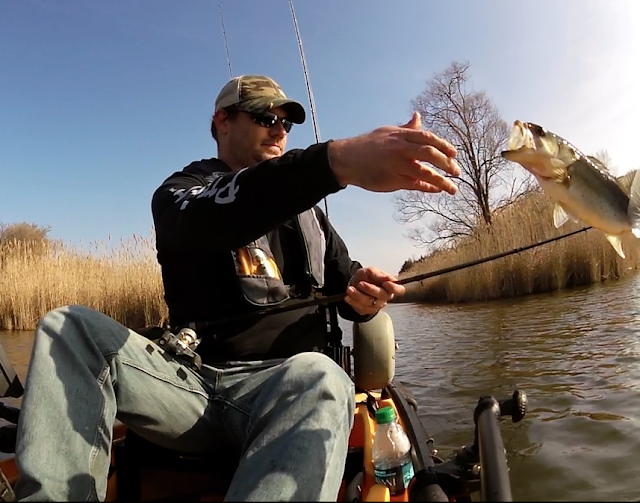 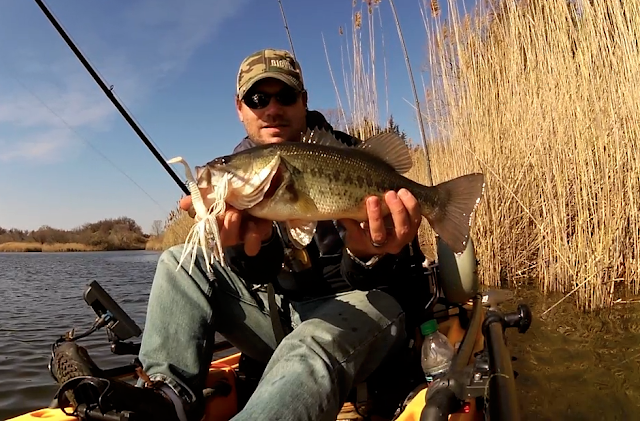 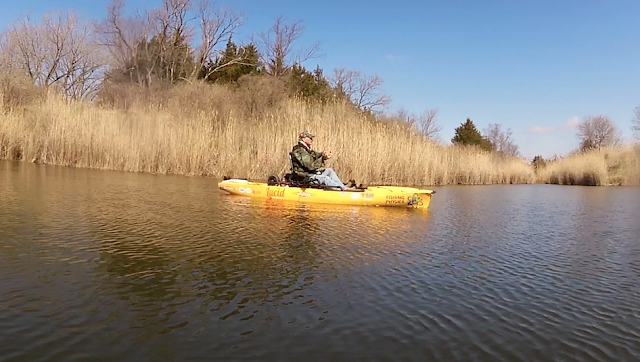 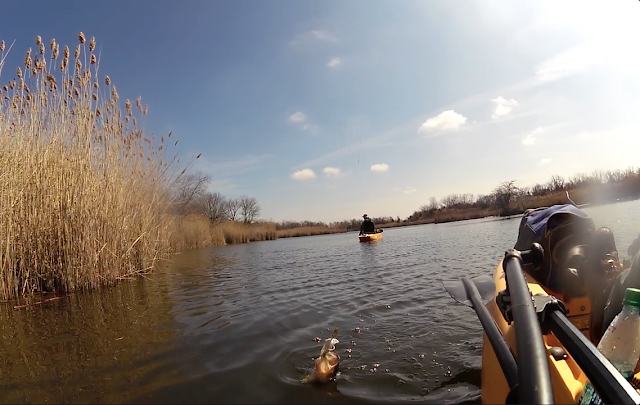 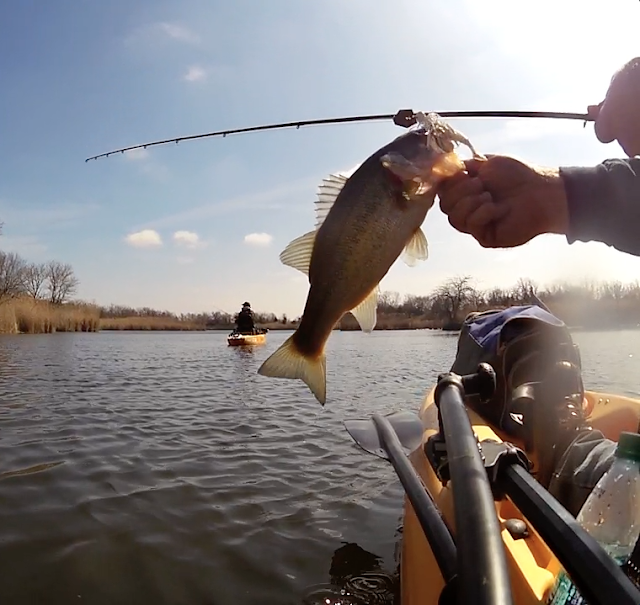 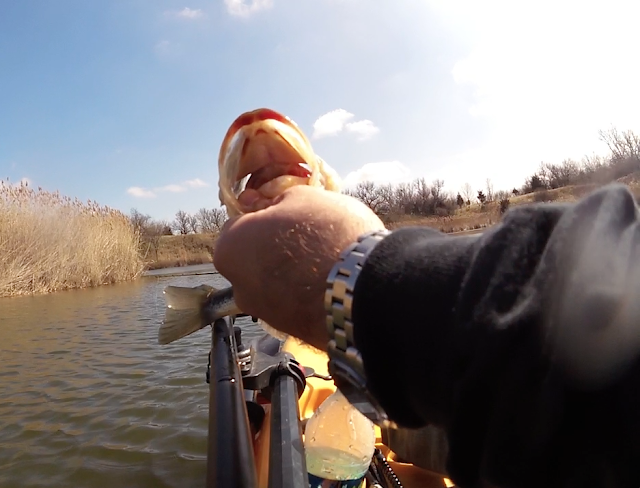