Since Lake Michigan hasn't really been cooperating with me this year,  I decided to go elsewhere. There were a ton of options but a friend that I haven't fished with in a while wanted to head to Shabbona Lake. You may recognize the name as I have chased musky there a couple of times.

For whatever reason, I wasn't really feeling the toothy critters so I decided to chase some of the lakes other game fish like largemouth, smallmouth, and striped bass. I recently watched a video about vertical jigging a spoon for stripers so I wanted to give that a shot for a bit. About five hundred feet from the launch, the water is over twenty feet deep and I started marking fish immediately.

Using my sonar to see exactly where my spoon was, I lowered it to the depth where the fish were most heavily concentrated and started jigging. Sure enough, after a few minutes, I had a quick hit. I totally got caught sleeping and didn't set the hook until it was too late. A while later, I snagged the spoon on something and had to break my line.

That was my cue to go check out another area and chase some prespawn largemouth. The water was just a hair under sixty degrees and I know the bass are staging so I set up in area that goes from ten feet or more in depth up to a shallow flat. Even better is that there are a ton of submerged trees right on the transition so I figured it was a great place to start.

Since I could think of no better lure to start with on a spring day with some overcast and chop than a jerkbait, I tied on a Biovex Amp Stay 80 in Sunfish. I dropped the power pole just on the shallow side of the drop off and within a few casts, I had a small largemouth fall for it. A few casts later, a much harder hit.

I set the hook and kneww that this was definitely a better fish. A few familiar head shakes later followed by a dive and I had an idea as to what it was. The problem is that I had 8lb flourocarbon line on there and my hunch had a mouth full of super sharp teeth.

As I gingerly got the fish next to the kayak, my suspicion was confirmed....

Now I have certainly caught bigger muskies before but I was actually targeting them. I had big musky lures or giant musky flies. I have thrown those at this lake before without more than a follow so to have one hit - no matter the size - on a small finesse jerkbait was an awesome surprise. Plus the very distinct musky smell lingers on your hands for hours. 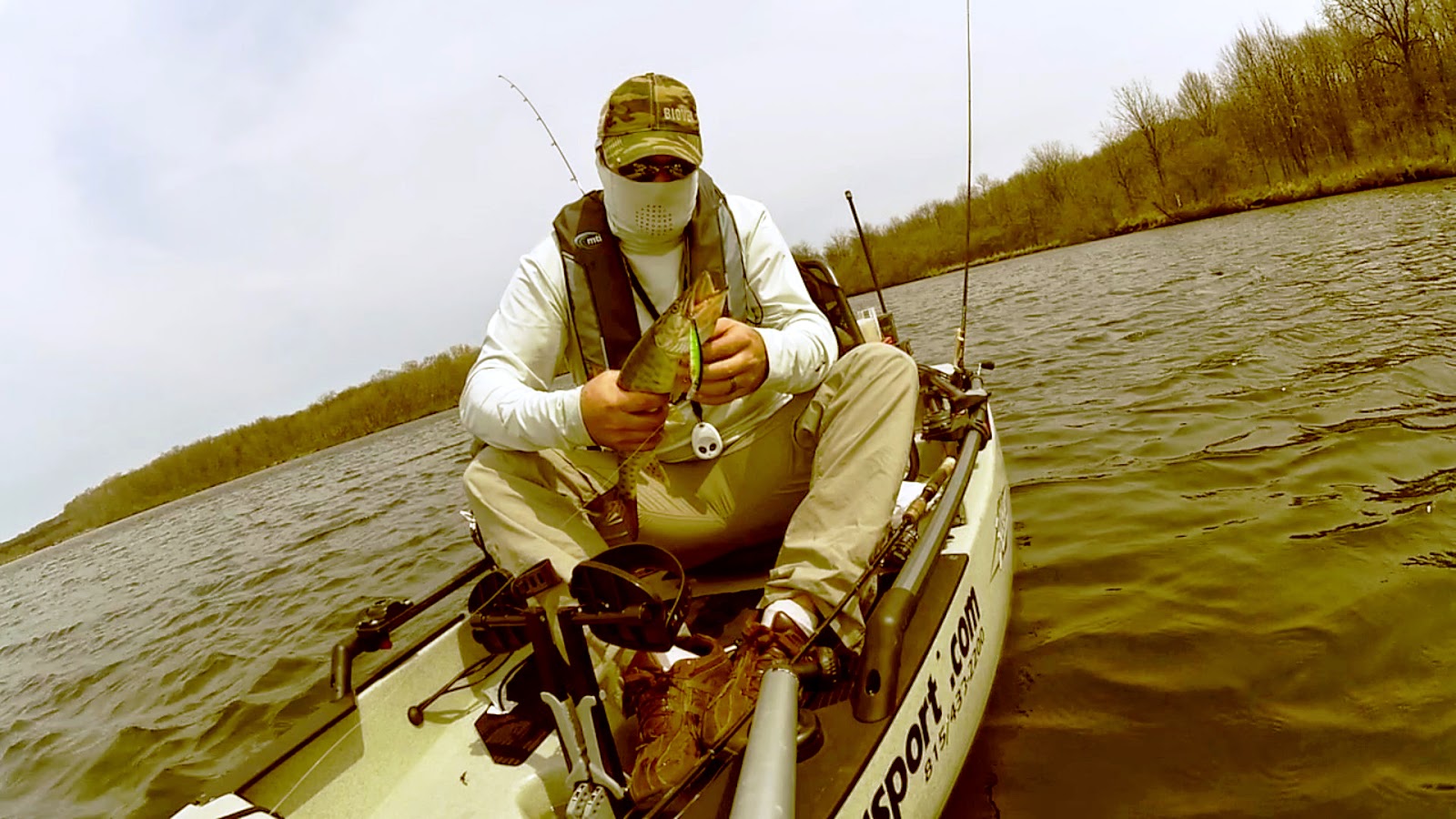 A while later, I moved around the lake to try to find some more active fish in similar patterns but aside from another small largemouth, I didn't see much happening. I decided to go back to the original spot and work the entire drop. After repositioning a few times and grabbing a rod that had a PB&J swim jig with a StankX Damsel trailer on it, I made a cast that fell slowly to the bottom. As I worked it pretty quickly along the bottom - bumping into wood, rocks, and grass, I got slammed.

I set the hook for the first time on a new custom rod and was in love with the way it loaded. The fish pulled and changed direction the entire time and I knew it wasn't another musky. As it surfaced for the first time, I was momentarily positive it was a new personal best largemouth. And then I wasn't sure. With the color of the water and the shoulders on it, I thought it was a drum for a second. Then it hit me...it was a nice smallmouth!! 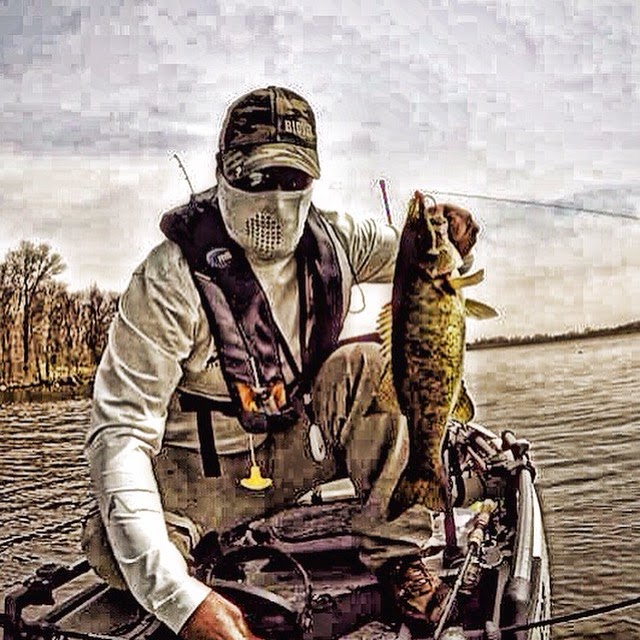 I got it on the bump board and she came in at a fraction less than 19" and 3.5lbs which isn't quite my personal best smallmouth but a darn good one none the less!!

Feeling pretty satisfied with the day and the wind picking up even more, we decided to call it a day.

Here is a quick video with these two fish!