For the past few weeks, the fishing on Lake Michigan has been stellar!! As soon as the ice broke up and open water was plentiful, reports of fast limits on coho salmon started flooding in from the southern shores. Mixed in with them have been browns, steelhead, and even a few king salmon! 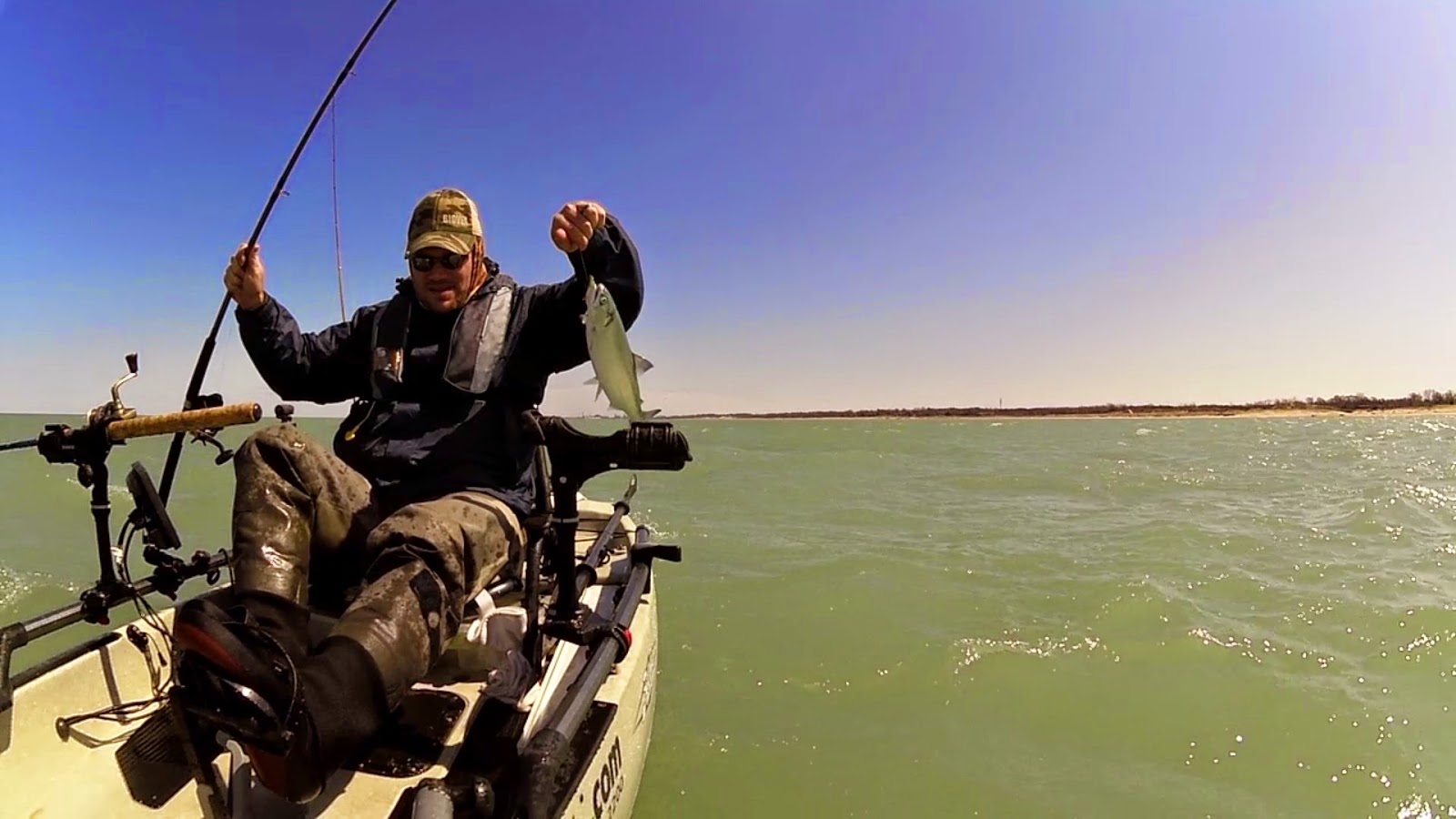 Of course, this means it's the official start to my season as well. By this time last year, I had already caught multiple limits from the kayak. This year however is a different story.

I have tried to get out multiple times and every time so far has coincided with AWFUL weather. Strong winds, big waves, rain, small craft advisories, and dirty water...it just never ends!!

The last time out was the same story...gale force winds and a small craft advisory. I didn't care - I was tired of being beached so I dragged the Pro Angler 14 down to the surf and prepared for a tough day.

The surf was about 2' with the occasional 3' breaker coming in at 2 to 3 second intervals. In other words, the waves were coming in fast. This was my first surf launch with the Pro Angler and I wasn't really sure how it was going to go. I started walking it out past the shallowest breakers and.....

Well you know what - here is a video of the day!

Make sure to watch all the way to the end to see how both the launch AND the landing went...then continue reading ;)

Yep! You saw that correctly! The launch went great - the landing did not. I completely flipped it on the landing in the surf. Amazingly, nothing broke and I only lost my bump board and the fish that I had in the front hatch. 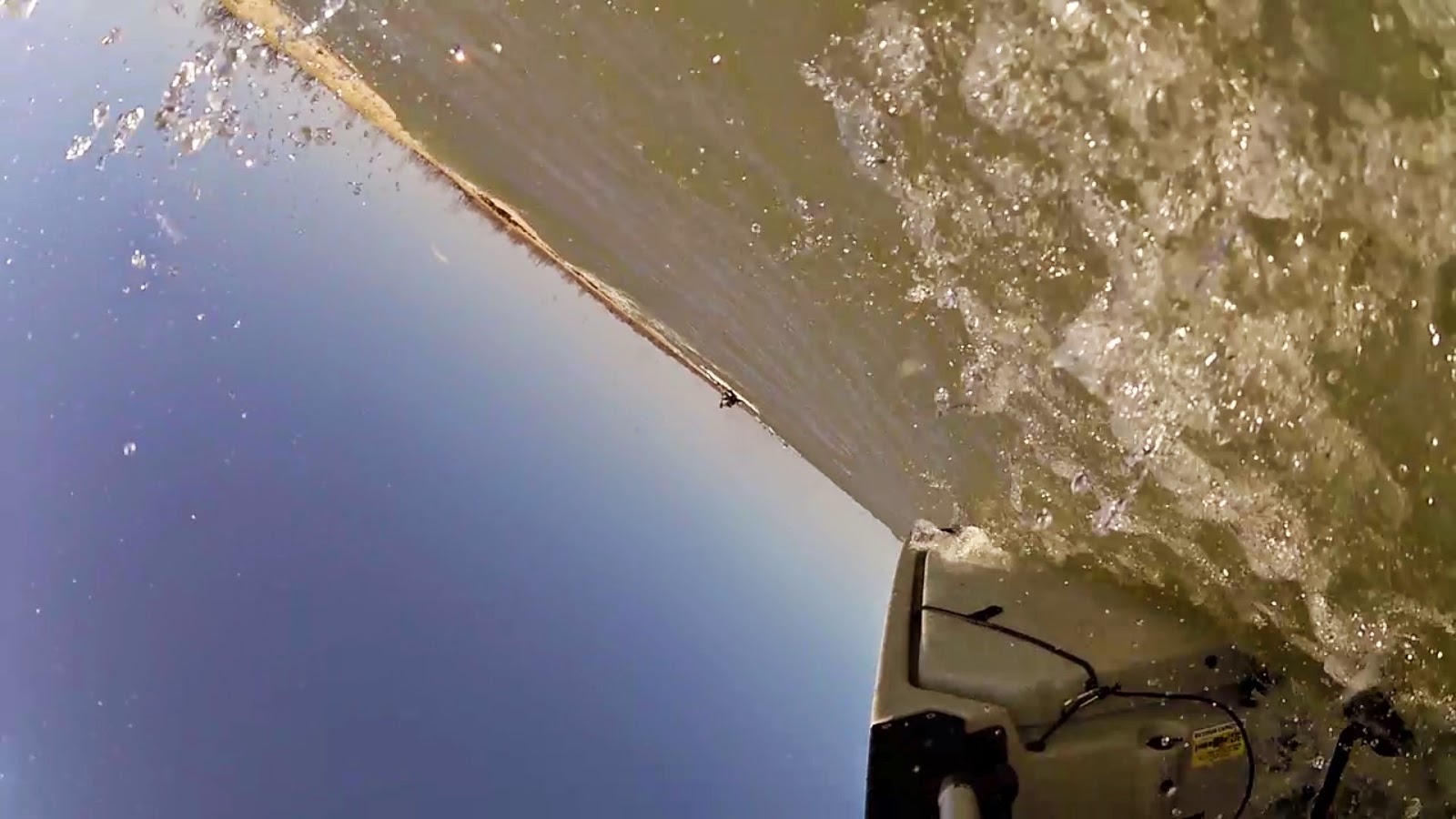 You see, what had happened was....

I tried to ride the surf in with the Pro Angler like I used to do with the Outback but a combination of things went wrong. First, the waves were coming into the shore on an angle - well multiple angles really. Secondly, the back of the Pro Angler is much more square than the Outback so steep surf waves tend to grab on to the back end and turn the kayak sideways extremely quick. Once the kayak goes sideways, you need to correct your angle before the next surf wave comes in. Since the wave intervals were so short, I just didn't have time to correct and in the water I went.

I ended up doing some research on surf launching and landing after this and learned that the best way to do this with a Pro Angler is to actually come in backwards. Since the front end isn't so square, staying perpendicular to the waves is much easier. Considering how smooth the launch went, this makes complete sense!! I am going to spend an afternoon soon doing nothing but surf launches and landings to get comfortable with it.

In spite of the dunking, I was beyond impressed with this new kayak. I was a bit worried about big waves and this kayak since it is quite a bit larger than the Outback was. That worry vanished so fast once I was out there. In open water with big waves, this thing is so solid it's not even funny. I kicked my seat to the low position and never felt anything but perfection.

As for thBiovex Mid Runner crankbait. All hits came in 30 to 36 feet of water on a west troll. I also was dragging the new StankX Gobius for a bit on the bottom and got SLAMMMMED! As soon as I set the hook, the line snapped. I either tied a bad knot or had a nick in my line but it got me excited.
e fishing, we only had lines out for about an hour and I ended up going 3 for 4 on coho using the

Overall, it was an adventurous day and felt good to slime up the new kayak. I just hope that I didn't wash off the initial slime coat on that flip.