My number one key to catching fish!!

There are so many important tools that I use to catch fish. Custom rods, the right fly line, hand tied flies, the right crank bait, jig or plastic or the best kayaks out there all play a critical role but they aren't the most important...

In 2014, I went for almost the entire year without a skunk. I didn't always catch the intended species but I always was able to land something until the last few months. I couldn't figure it out....

I was using everything that has proven itself for me but I kept pulling out skunks. I started getting desperate so I blamed it on a new hat I started wearing. Since my original hat was pretty mcuh out of commission, I snuck out with a different hat for a few hours and still got a skunk.

Then it dawned on me!!

Back in early 2013, my oldest son who wasn't quite two at the time, loved to sit on my lap while I tied flies. He would play with the fur and the feathers with glee. He'd explore the different colors, textures, and shapes of things. His favorite was to "help" me by handing me the material I asked for.

I was tying up some little stoneflies for an upcoming trip one night and sure enough, he was right there with me. He handed me some peacock hurl, a little bead, some biots I had cut in advance, and big clump of dubbing that was the wrong color. I tried to correct him but he insisted that I use what he had given me - and ALL of it.

While the fly didn't turn out bad, it wasn't what I was looking for but I stuck it in my fly box anyways. I was having a tough day on the water when I pulled out this over dubbed stonefly and tied it on. Sure enough, on my first drift, I caught a decent little rainbow and kinda chuckled. By the tune the day was done, I had caught four trout on that same fly.

Rather than putting it back into the fly box, I decided it stick it in the bill of my hat. I wore that hat religiously and always had that fly on it. When I started skunking after switching hats, and changing hats didn't solve the problem, it hit me like a ton of bricks....

I didn't have the lucky fly on my new hat! So, I dug out the original hat - that was now sun beaten and sweat stained - to grab the fly from its bill. I put it on the new hat and sure enough, I ended up having a stellar day then next outing!!

That fly - although a very worn version of it's original self - will always have a place on the bill of any hat I wear. 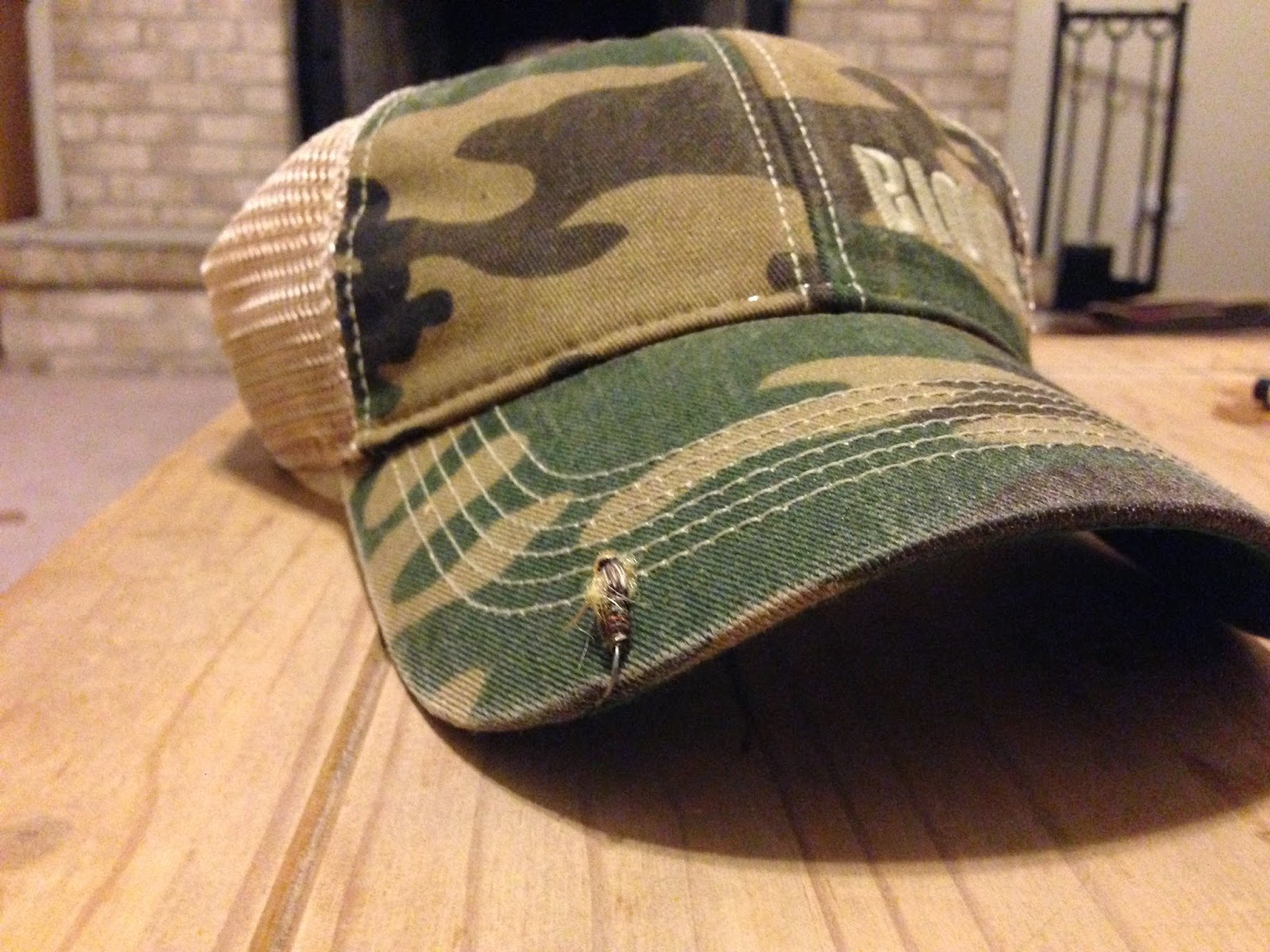 What is YOUR lucky charm???
By BrookfieldAngler
Email ThisBlogThis!Share to TwitterShare to FacebookShare to Pinterest