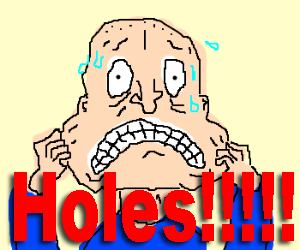 One question I get quite a bit and see on various forums and social media groups, is about rigging a kayak and drilling. There is a very common attitude that usually sounds like this...

"I'm definitely NOT going to be drilling any holes into my kayak!"

To that statement, I scratch my head every single time and wonder, "Why not?" It doesn't matter if people are talking about GPS/fish finder units, rod holders, or anchor trolleys. They are all extremely anti drilling. I have a feeling I'm going to get blasted by the anti-drillers but I simply just don't get it.

Are you worried about resale value? 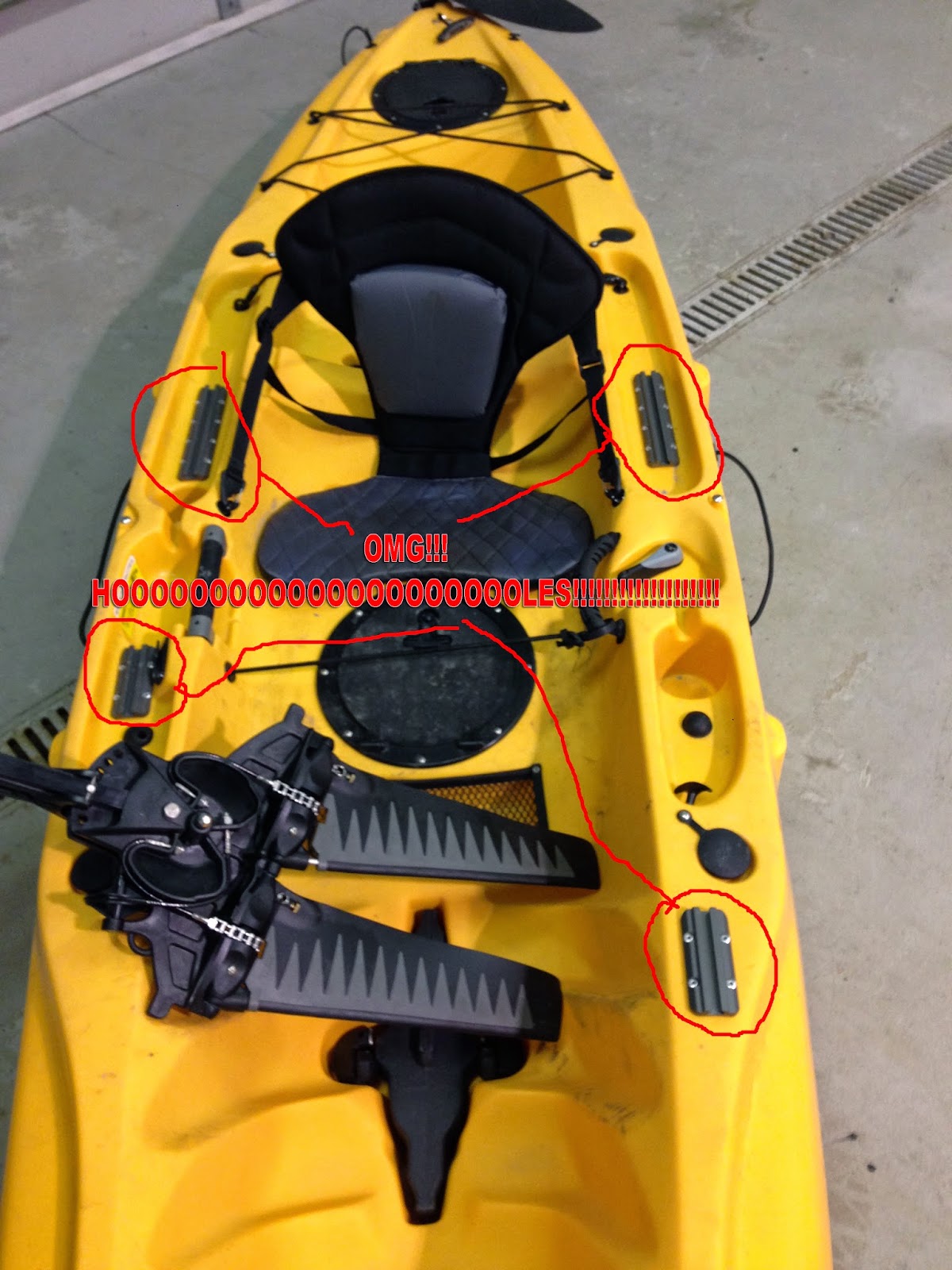 To me, a kayak is very simply a piece of plastic (or fiberglass or wood) that floats. It's not a 1953 Corvette or anything that holds any real increased value if it's preserved in pristine condition. I have a 2014 Hobie Outback for sale that has quite a few holes drilled in it. Those holes were put in to add some gear tracks and then filled in with rivets and silicone so the tracks don't move. If I hadn't drilled these tracks in there, would it suddenly be worth more than it was when it was new? No! It's a fishing kayak that is rigged to catch fish.

The only thing I could possibly imagine is the anti-drillers are worried about sinking because they put a hole in their kayak. Still, that is kind of ridiculous to me. I mean let's think about this....

If you have a sit-in style kayak, I hate to break it to you but you have a giant hole right in the middle of the kayak. As a matter of fact, that giant hole is where you sit. Do you think an eight inch hole - or twenty - is going to somehow cause more water to fill your kayak than the giant one you sit in? Well, it's not! You will be plugging that hole with some sort of screw or rivet or grommet or something anyways! In reality, that tiny hole really isn't even a hole.

If you have a sit-on top kayak, the same reasoning applies. You are drilling holes that will then be filled in with something. Even if they weren't, and you got caught in a monsoon but still decide to stay out all day, you might have a gallon of water in the hull. Let's go out on a limb and say two gallons...Your kayak still isn't going to sink!

Think about all the holes that are already in a kayak from the factory. Holes for handles, seats, rudders, plugs, hooks, grommets...what else am I missing?

The key to this entire thing is very simple - don't drill holes below the waterline!! The waterline and below is the only part of a kayak that is no no when it comes to drilling. It will constantly be under the surface of the water. If you drill holes there, they will probably leak. Aside from that, grab your drill and your creativity and drill away!

Add those fish finders and anchor trollies without fear. Get crazy and add gear tracks everywhere (above the waterline)! Bolt those rod holders right to the kayak. Relish in the little spirally plastic shavings that will litter your garage floor. Heck, grab a handful of them and make it rain, baby!!

Am I missing anything? I am seriously asking. Why are so many people afraid to drill a hole in their kayak?