So this weekend didn't go quite as planned.... 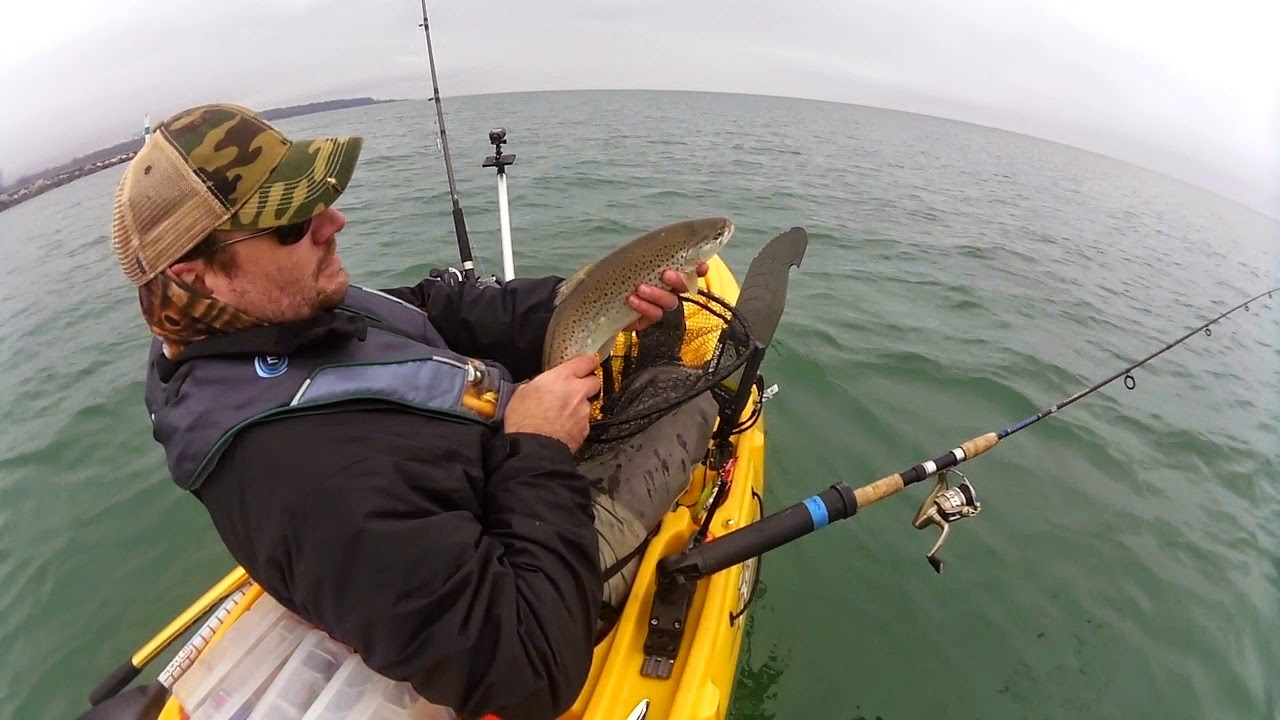 My original plans were to drive over to Indiana and do some musky fishing with my friend Randy at Predator-Pursuit. Things were looking good until Friday afternoon when he sent me a text that the lakes were frozen. GRRRRRRR

Since the lakes in Indiana were frozen, it would make sense to drive a couple hours north to do some kayak fishing in Lake Michigan, right? HA HA

Luckily, it takes that giant inland sea a bit longer to cool down than those small Indiana musky lakes so off I went.

The weather was a lot nicer than it was a couple of weeks ago. Rather than 21 degree air temperatures, it was a toasty 50 degrees. I'm sure this still sounds cold to my southern friends but to me, it was gorgeous!

Unfortunately, the actual fishing part took a different route. Instead of getting better as the weather got better, it actually got worse.

I was barely marking anything the entire day. I'd find a small pod of two or three fish and then nothing for a long time. A half hour would go by and I might see another lone fish...then back to nothing. This made it hard to make adjustments because I didn't really have too many opportunities to test the presentations I was using. As a result, I mostly stuck to the same three set ups - Biovex Deep Runner in Hot Shad on one line, blueback on another, and then a spoon down the middle.

I had a couple of short strikes on the crankbaits but they were so soft that the rod barely bent for more than a second. I stopped trolling for a bit to do some jigging but quickly lost confidence in it since I really didn't have too many visual targets on my sonar.

Once I got back to trolling, I left the two crankbaits alone and put on a smaller spoon. After another hour of trolling, I FINALLY had a fish on!!!

After that, I had one more really strange hit on the crankbait. Quite frankly, I'm not sure it was really even a strike. As I was trolling over one of the few pods of fish I was actually able to find, one of the crankbait rods completely lost tension. It looked as if the fish had simply crashed into the bait and went forward with the bait instead of pulling in the opposite direction. It's also possible that I just went over the back of a fish but I think I still would have noticed a quick pull instead of the rod just lunging forward. Oh well....strange things happen out there!

Also, one quick thing to note about the video!!! All footage was shot with two new Garmin Virb cameras. I'll be posting an initial review of that in the next day or so!!