So, this weekend marked the first measurable snow in much of the Chicagoland area which is the earliest ever recorded. The second record set on the same day was the lowest maximum temperature since 1939. The 20mph winds sure didn't help the situation but still, I ventured on.

The ultimate goal was flathead catfish at Mazonia's Monster Lake. The plan was to catch a few bluegill and then toss those as flathead bait. Besides the windy and cold stuff, I discovered another obstacle when I got there and that was chocolate milk water. This was sure to make it hard for the bluegill to find my little wax worms. Oh yeah....it probably didn't help that I forgot to buy some.

I tried some small plastics but the fish just had a hard time seeing it in the muddy water so I decided to throw on a really small safety pin spinner. That didn't take long at all to get some attention from a surprise, but not what I was looking for, crappie. 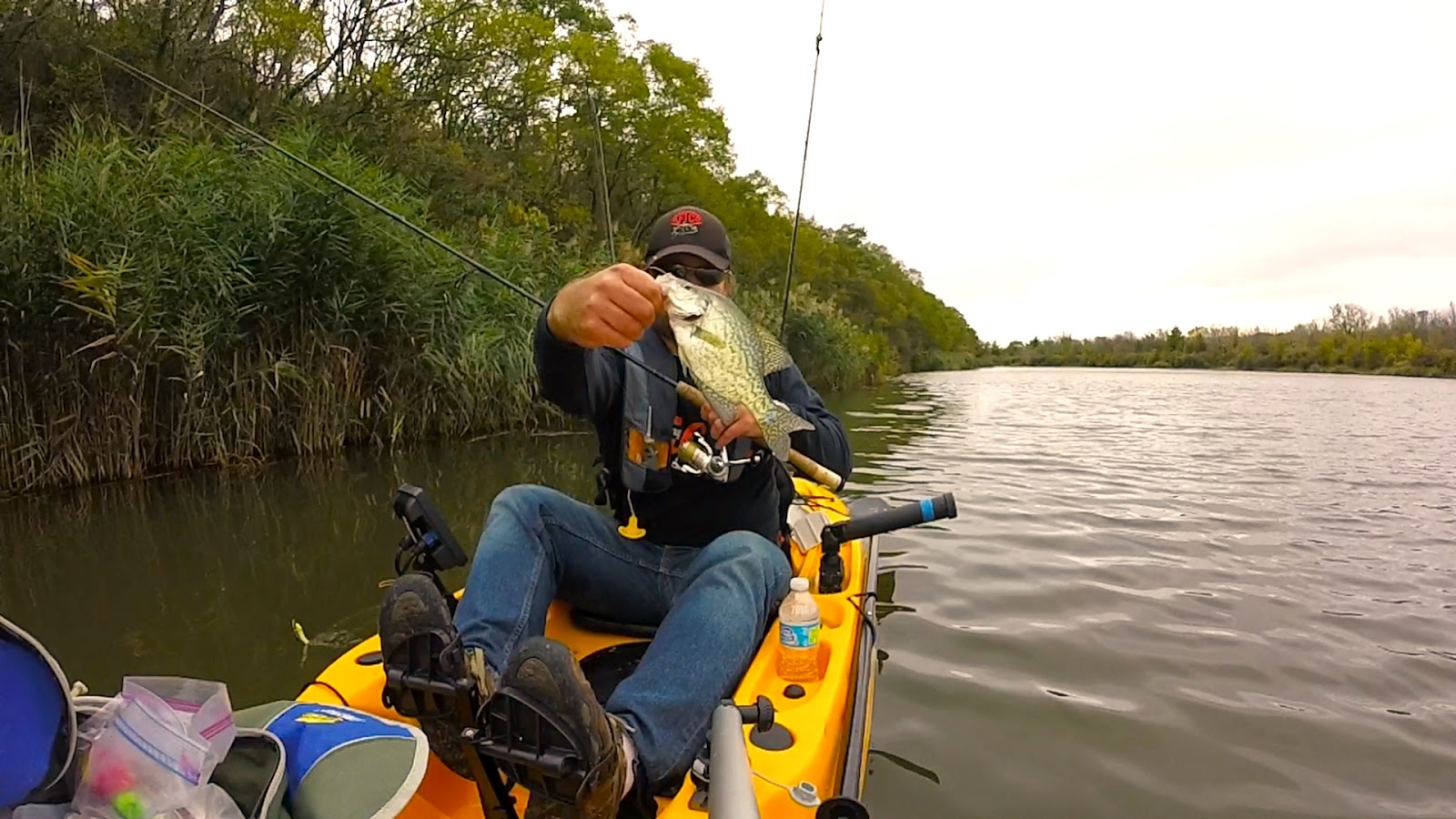 While not the bluegill I was looking for, at least I had something getting some attention. Over the next few hours, I ended up with three more of those things!! The biggest was 10.5" and the smallest was 6". 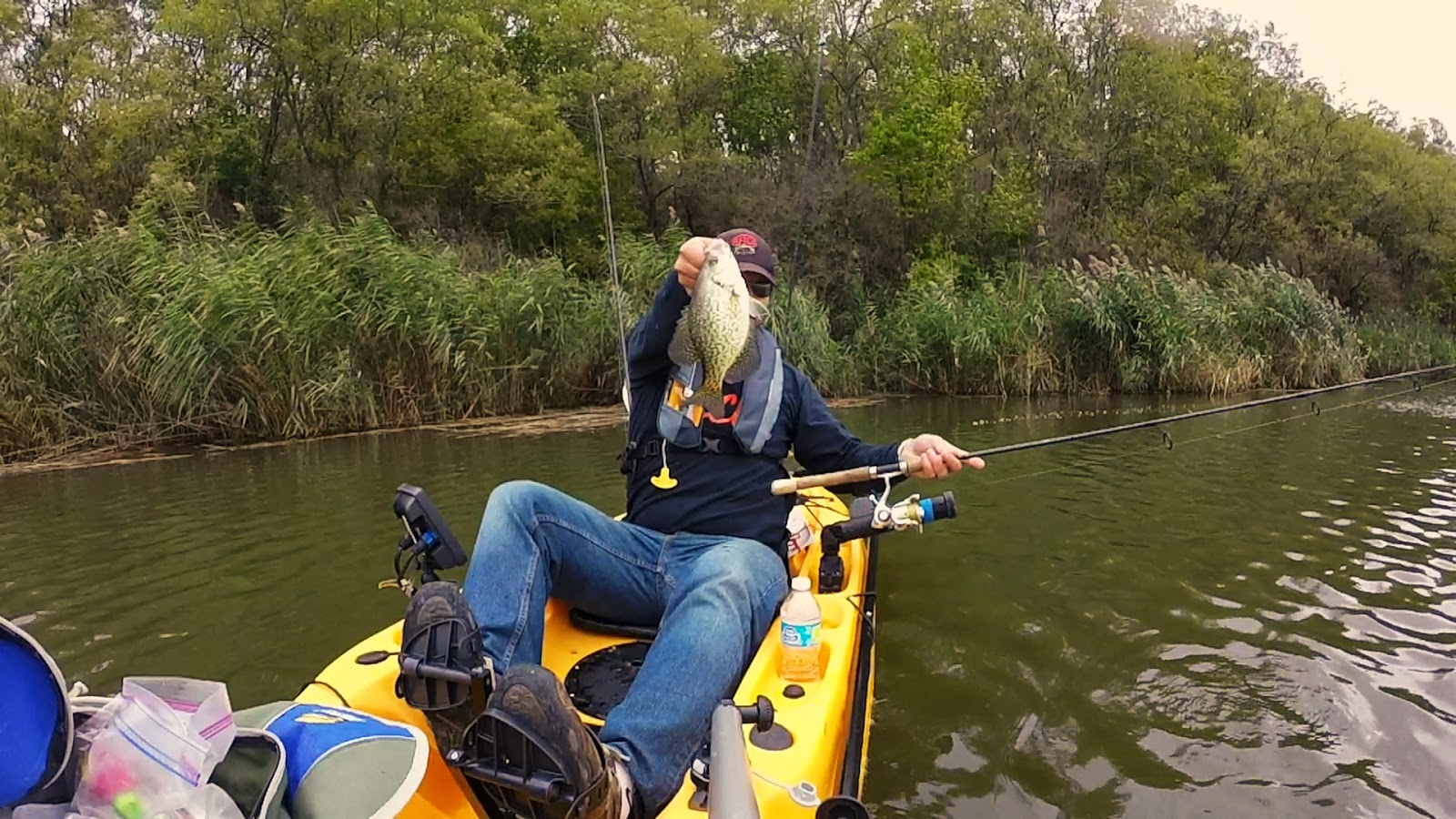 In between the crappie, a few small bass came out to play including this little 14 incher 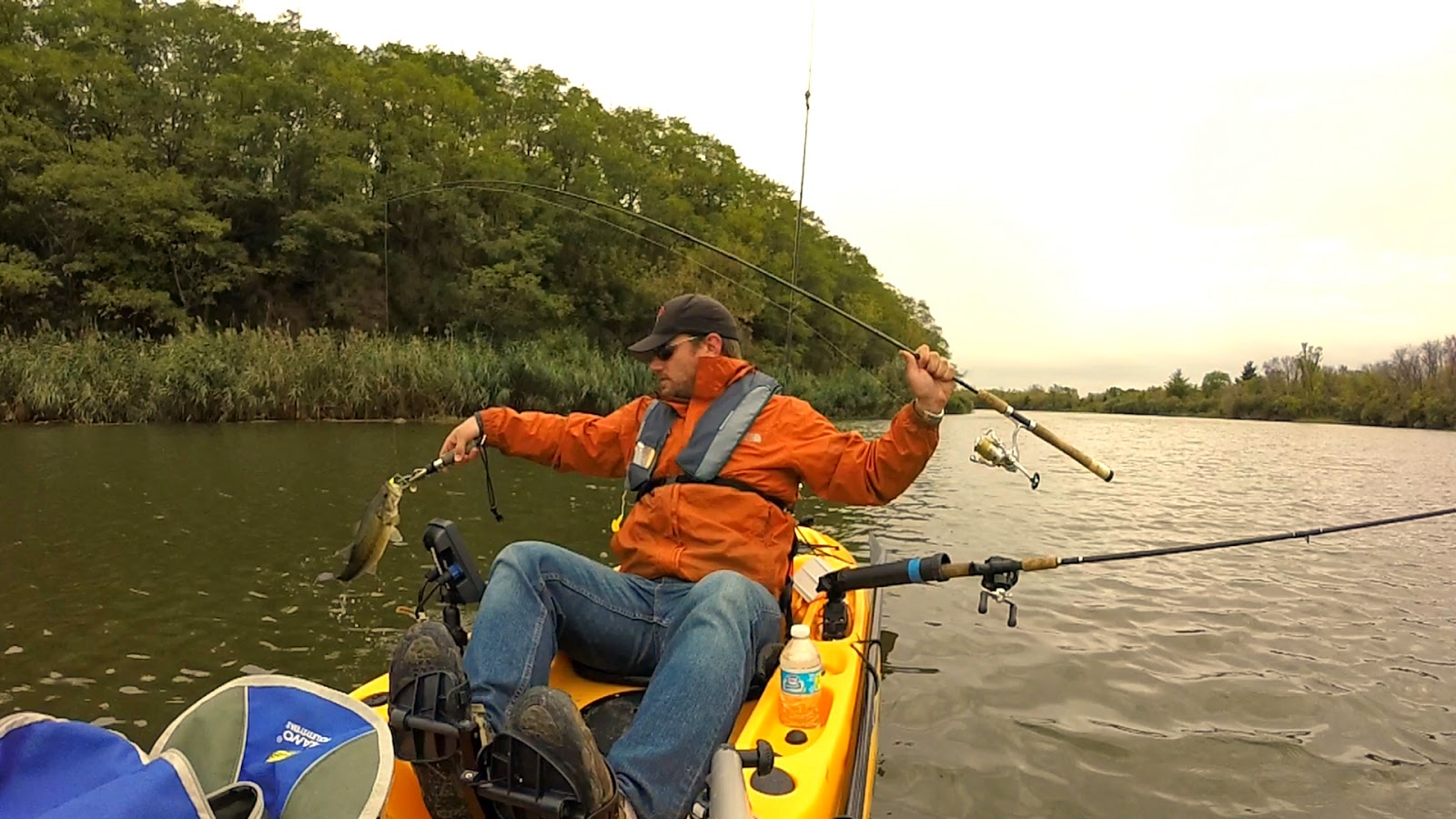 With the winds picking up and the temperature dropping, I decided to put the flathead quest on hold. Perhaps I will go for it again next weekend and if I do, I'm hoping the water clears up. Of course, even though things didn't go as planned, I - as I always do - had a blast exploring a new body of water.
By BrookfieldAngler
Email ThisBlogThis!Share to TwitterShare to FacebookShare to Pinterest