Attempt One at Breaking the Kayak Wars Musky Record

If you are a friend on the BrookFieldAngler.com Facebook Page or the Twitter Page, you might have read that I was heading to Shabbona Lake this weekend in an attempt to break the Kayak Wars Musky Record in my division. 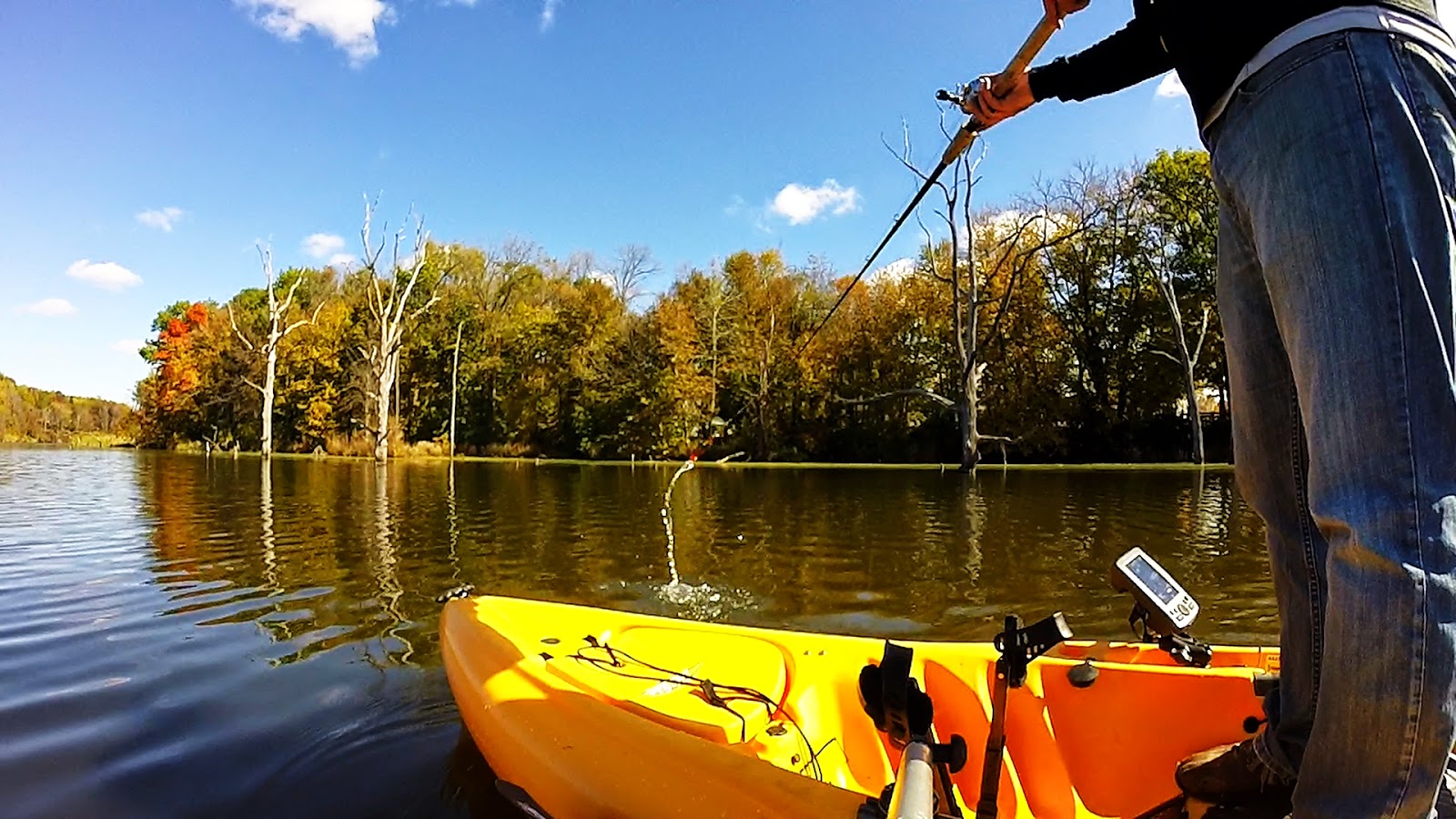 As of now, that record stands at 41.5 inches which is a very beatable number. Shabbona is known to have some big musky in there! From what I understand, four state records have come out of there. Also, since I am on baby watch, I have an hour long leash which just barely puts Shabbona in my range.

The water was a lot murkier than I had anticipated which almost instantly lowered my expectations. I am used to fishing for these fish in water that has a ton of visibility. Still, I went on knowing full well that musky have no problem finding food in all sorts of conditions.

I focused on four main parts of the lake that scream musky and absolutely pounded them trying to entice a fish. A couple of hours into the day came my first and only action. I was on the second lap of a figure 8 and was just starting to lift the lure out of the water to get ready for another cast when a mid 30's fish came charging towards the bait. Unfortunately, it just didn't connect.

What I learned in that moment is that when fishing dirty water like that, bright colors and at least four laps on a figure 8 are key. When you can't see the fish trailing, you have to assume that there is a fish every time and give him more opportunities to take a whack.

While I didn't get any video footage with any muskies, I did get some nice scenery and video of me "practicing casting". I have been wanting footage that shows how comfortably I can stand and fish from the Hobie Outback so I decided to put together a short video of that.

I'm hoping to get out again next weekend, but we'll have to see if that baby decides to come out!! We are 38 weeks, so it really could happen at anytime!!
By BrookfieldAngler
Email ThisBlogThis!Share to TwitterShare to FacebookShare to Pinterest