I made a last minute decision - after a bit of nudging - to run up north on Lake Michigan for some early run king salmon action last night. I have a bunch of new tackle that I wanted to get wet and familiar with for Saturday's salmon tournament. Last night was my first and only real chance to do so, so off I went.

The winds were strong out of the south which isn't ideal but it's better than north winds. I was trolling crank baits the entire time from 8pm until midnight. I pretty quickly noticed that the fish weren't in big numbers all over the place. Instead, they seemed to be in sporadic pods. I marked about four areas that had some good size pods on GPS and just kept trolling over those spots.

If I didn't get hit after a lap, I changed out the crank bait to a different color. Around 9pm - and my third color change - I got my first slam. One of the things I really love about the Hobie is how fast and easy it is to accelerate when you get a hit just to make sure those hooks are set. Once they were set, I grabbed the rod from the rod holder and held on! At first I was almost thinking I had a steelhead because of the awesome full water clearing jumps. Generally, the fish was coming right at me so there wasn't much drag singing. Within a minute, the fish was next to the boat and out came the net.

That's when the fight got fun!! This thing was going completely berserk next to the kayak. It took me five tries with the net to actually get her in there. Needless to say, I was soaked by the time it was over!

Side note - I made sure to remember my GoPro, to charge it, the mount, the remote, and the waterproof case...What I didn't remember was to put the memory card back in it so I had to rely on my fishing friends point and shoot camera. So, as a disclaimer, the pics aren't the best but they get the point across. There will be plenty of salmon pics to come over then next few weeks!

Anyways, here's a shot of the fish that tipped the scale on my Lucid Grips around 12lbs. Not too bad for the first king of the run!! So now I had one working color combo so far. Time to change out the other rod to find another... 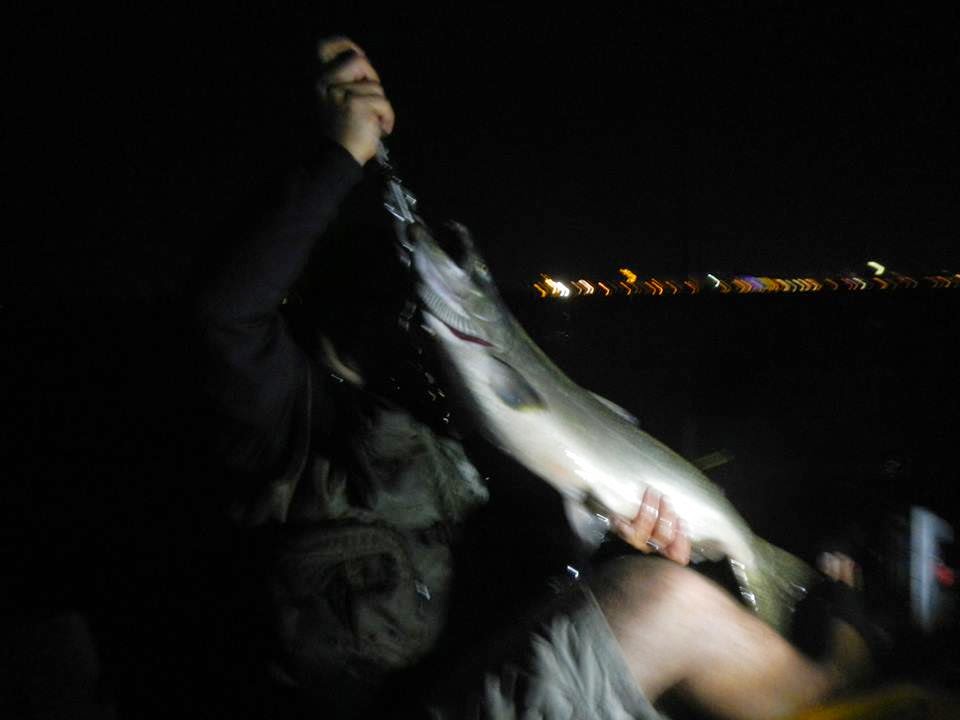 Sometime around 10pm, and my fifth color change, I got slammed again. This time the entire fight was well away from the boat. I was trolling with 75 feet of line behind me and after the initial run, my line counter read 105 feet. Awesommmmmmmmmmmmmmmmmmmmme!!!!!!!!!!!!!!!

It took a while to gain enough line to break out the net but once I did, it only took one swipe to get this one in. I like that better. So, the lesson here is to try and tire them out BEFORE they get to the side of your kayak. HA!

I didn't get a shot on the water of the fish since my fishing friend was rather far away. Secretly, I think he was mad at me for landing two. He had been broken off a few minutes earlier so he was probably still mad - can't blame him!

Instead, here is a terrible shot from on the dock! This fish read right around 20lbs on the scale! It was too close to the 20lb mark on my grips for me to officially call it a tuna but it was still a big fish!! 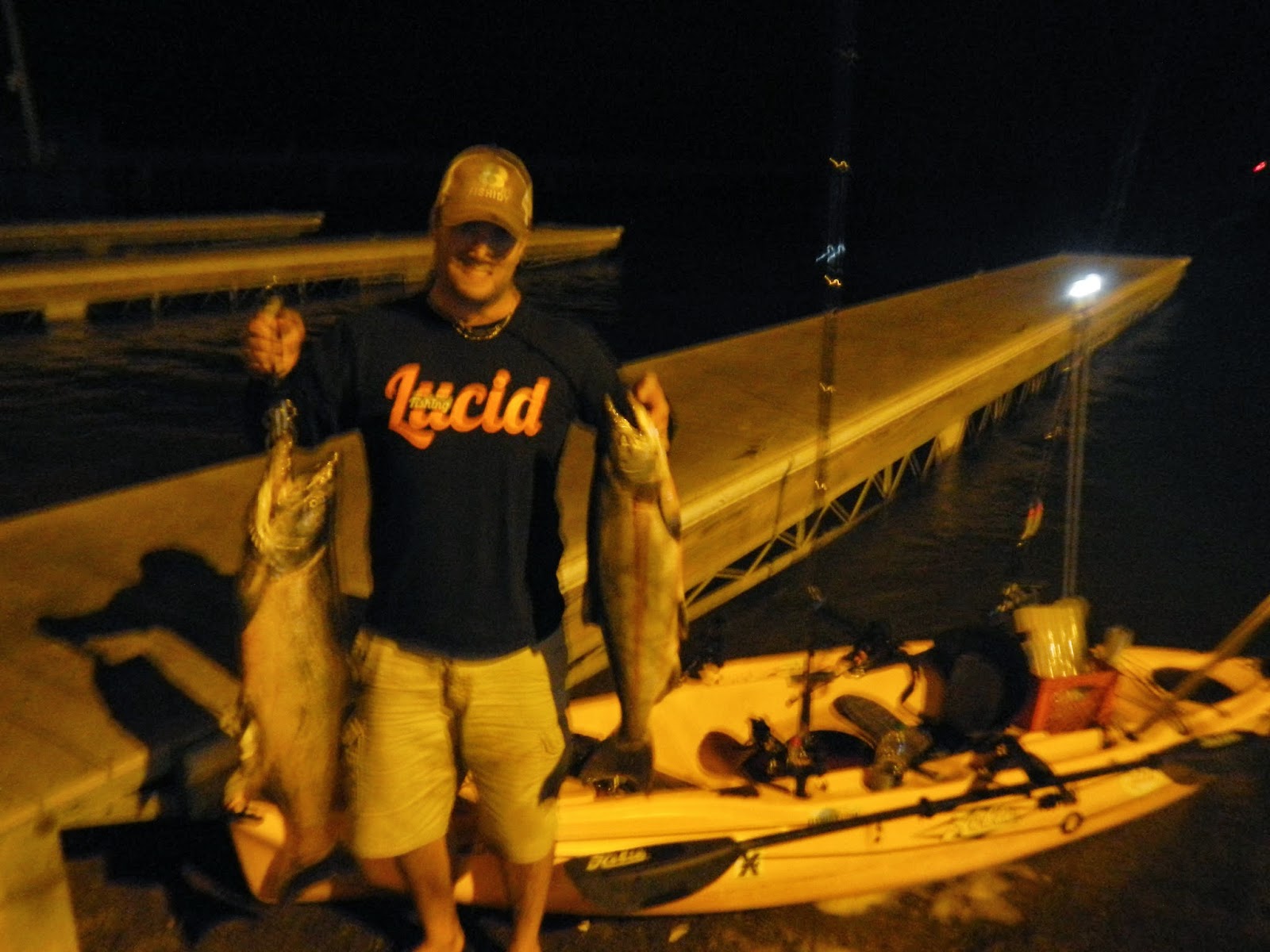 In the end, I went 2 for 3. Not a bad way to start the run! Now it's time to wash the salmon slime out from the hull of the kayak and get ready for the tournament.