Biggest King Salmon of the Year

Last Friday night was gloomy, cold, and rainy. I felt pretty much the same as the weather. I was still tired from Thursday night's concert with the wife, worked later than I hoped to on Friday, and I wasn't even on the road until nearly 6pm.

To make matters worse, the traffic was horrendous for almost the entire drive. A drive that normally takes a few minutes less than two hours, ended up taking three and a half hours. The weather was supposed to be right around 50 degrees and the rain was supposed to stop around 8 that night. Well, shockingly, the weathermen were wrong and it was teetering right around 40 - plus still raining. I just flat out wasn't into it and would have been OK if I had just stayed home but since I sat in traffic for so long, I went for it anyways.

My friend Tom H was already out there along with a couple of other friends. Everyone was catching fish but Tom was killing it! When I got out there, he already had landed five or six. It didn't take long until I had my first fish on. I didn't really set the hooks so he was gone as quickly as he came.

Not too much longer and I had another one. I got the hooks set, rod out of the rod holder, and started to reel as fast I could. This fish was coming straight at the kayak and I just couldn't reel fast enough.

By this point, I was already starting to feel cold to the core - especially my feet and hands - but the action is keeping me mentally warm enough to keep at it.

I get another hit, set the hooks, get the rod out of the rod holder, and start the fight. The fight is good and all but not that impressive compared to most of the other kings I have had on this year. It took all of four or five minutes to get it in the boat and I was surprised at the size. It looked to be at least 36 inches which is a 17 to 18lb fish on average. After heading to the dock at the end of the night, it ended up at 38" and 20lbs on the scale at the cleaning station. I had bled the fish when I first landed it so I'm sure it lost a few tenths in weight. 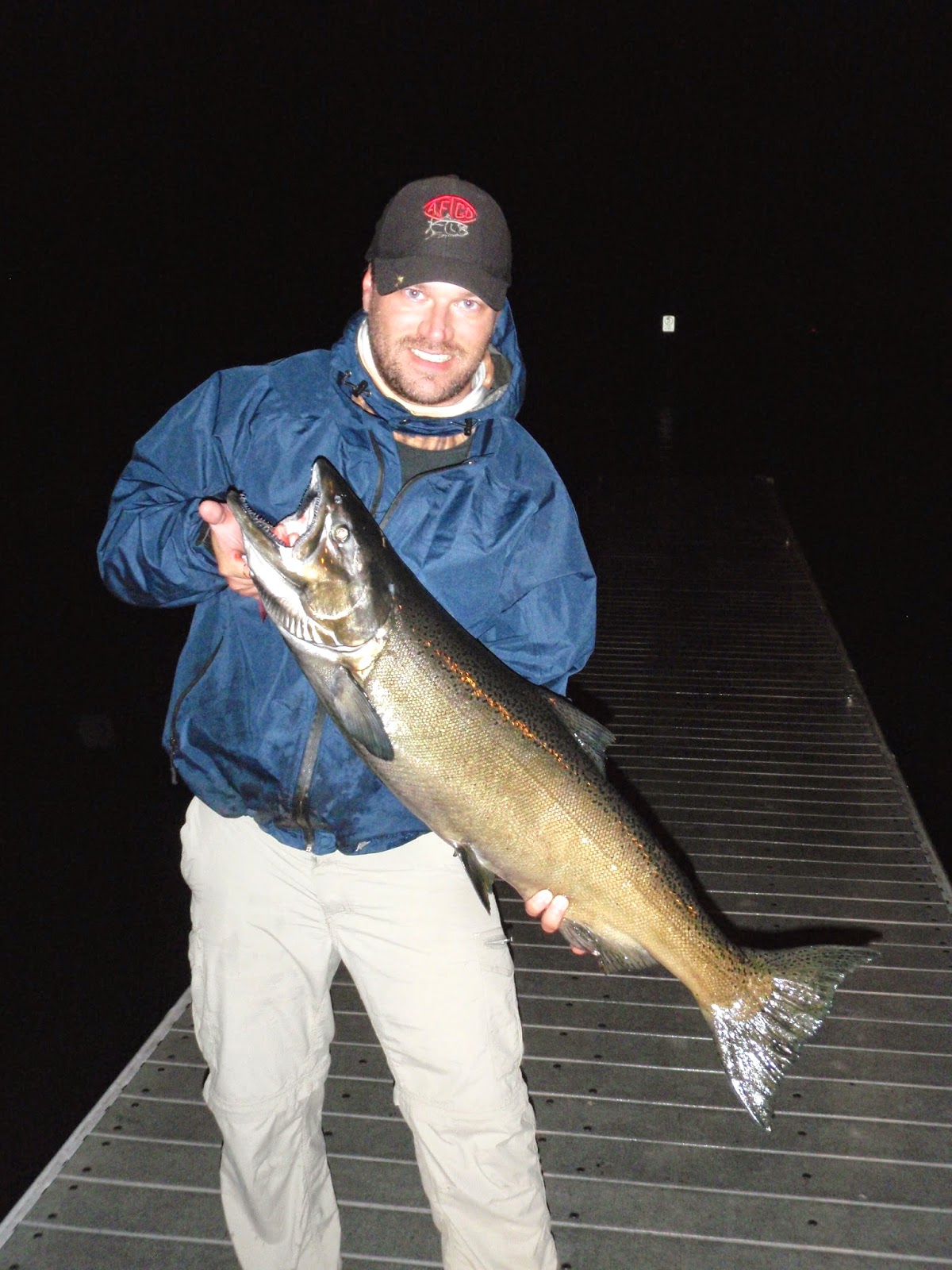 After that fish, I had two more good hits that I just couldn't stay connected with. I was cold, tired, and ready to leave so I did just that.

Ended up 1 for 5 with a 38" tuna. Tom caught his personal best ever that night. That fish came in at 40" and weighed a staggering 26+lbs! Friggin awesome!!

On a semi-related note - I sold the 2013 Outback on Sunday. All the new parts for the 2014 are on the way so I can get it rigged up for a Sunday daytime outing. Can't wait to get some fish slime on the new outback!!