The weekend's plans after Friday night were far from set in stone. The tentative plan, if fishing sucked on Friday, was to head to Lake Winnebago which was about an hour and half northwest of Milwaukee. The other options were to stay in Milwaukee or head north to the Two Rivers area. Since fishing was terrible in Milwaukee, and reports from friends up north were no better, we decided to go after some walleye and possibly pike in Winnebago.

We left Milwaukee around 3am and drove about halfway before pulling over to grab a few hours of sleep. As the sun rose, and the fog still lingered, we woke up and headed to the lake. Of course, some coffee and a nutritious fast food breakfast were had before reaching the ramp.

It was quite gray and dreary with a pretty steady wind. We had stopped and grabbed some leaches on the way and rigged those on various jig heads while we peddled out to the swarm of other boats that were trying to catch some walleye. Reports weren't positive with the exception of a bunch of white bass and drum. This non-positive report seemed to be a recurring theme. I decided to just make the best of it and see what happened.

It wasn't long until I had my first hit that, like reports suggested, was a white bass. 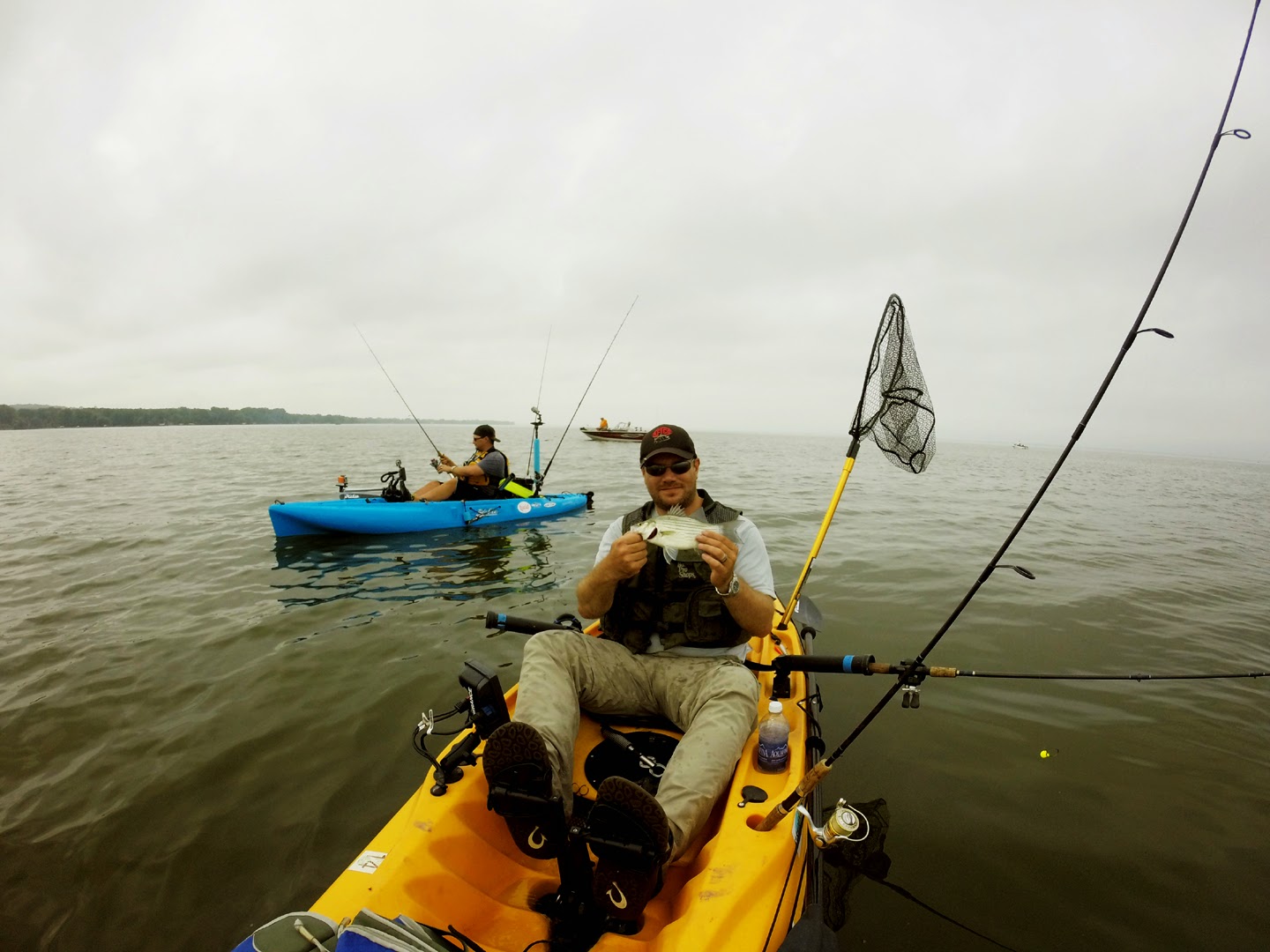 Shortly after that, I was getting bored with the leach thing so I decided to start trolling various lures like Flicker Shads and Rapalas. Teddy joined in and was actually the first to hook up.

I pulled my lines when we said whatever he had was big so I could help him out with the net job. Once I got there we realized it was a biiiiig drum. We got it landed and quickly noticed some really nasty tumors. I had no real desire to touch it - nor did he.

Anyways - back to fishing - we continued trolling for a few more hours and picked up another seven or eight white bass that all seemed to be cut from the same mold. Still, they were quite aggressive on the take which kept me interested for a while. 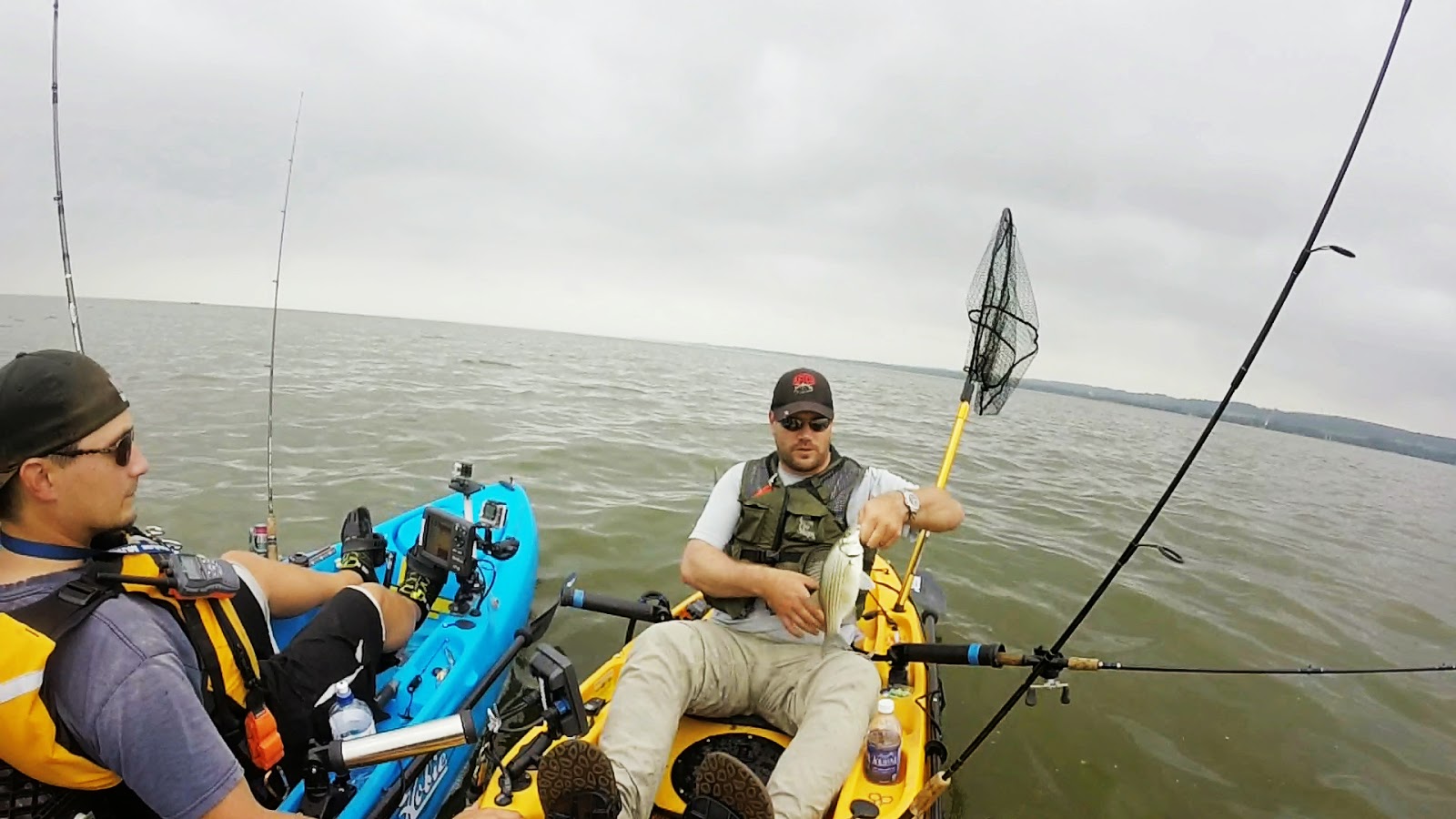 As the morning progressed, the winds picked up and the bite shut down. We were still marking all kinds of fish but they all had lock jaw. I even went back to leaches and, aside from a few bait thieves, didn't get any more fish. Judging by the number of boats that had completely disappeared, it wasn't just us.

We loaded the kayaks in the back of the truck and made the journey home. Most of the day Sunday was spent sleeping.

From here on out, my wife has been warned....