If you ask anyone around here if they have ever heard of Lake Geneva in WI, most people would say yes. Ask them if they have heard of Lake Delavan and the number of yeses would go down. They are literally right next to each other but Geneva gets all the attention. Delavan is maybe only half the size of Geneva but every bit of fun - at least for a kayak fisherman like me.

It's know for it bass fishing and has a very good population of pike - that was the target today. Bass or fish with big teeth...hmmm...I'm going teeth with a side of bassy bi-catches.

We were on the water by 4:30am and the sun was still well below the horizon. I could have easily gotten started later but I did not want to miss prime time top water action. We fished the channel for a little bit but wasn't seeing any action so we made our way to the main lake. Once on the main lake, we noticed a nice section of large rocks that protected a small harbor. This is where we started the fun!

Before you knew it, it was fish on time. Buzz baits, jitterbugs, wake baits - all producing blow ups. I started off with a small bass that wasn't worth a picture. Then Woz landed a nice 31" pike. I hooked a pike on a wake bait. When I went to land it with the net, the front treble hook got snagged on the netting and i couldn't get the actual fish in there. After a few seconds of trying, fish off. That was the first heartbreak of the day and cost me 15 points for kayak wars.

The second was when I hooked up with a really nice bass on a chatterbait. Pulled him through all the weeds and right next to the boat. Tried to get a thumb in it's mouth and that was all she wrote. So long fish - that was 10 kayak wars point down the drain.

After that, I got my stuff together and started landing these fish! When all the smoke cleared, I ended up with 2 pike in the boat and about a dozen bass. The numbers were there but the size wasn't. The pattern seemed to be pretty common. Everything came off of a dock post or right after whatever lure I was throwing ripped through a weed. If I wasn't ripping through weeds or banging a post - I got nothing. Naturally, it didn't take me too long to put that all together so that was my strategy throughout the day.

I suspect that if I had focused slightly deeper and targeted some of the suspended fish with jerk baits, I might have picked up some larger pike and bass. I was having too much with the shallow stuff though so I never really bothered. 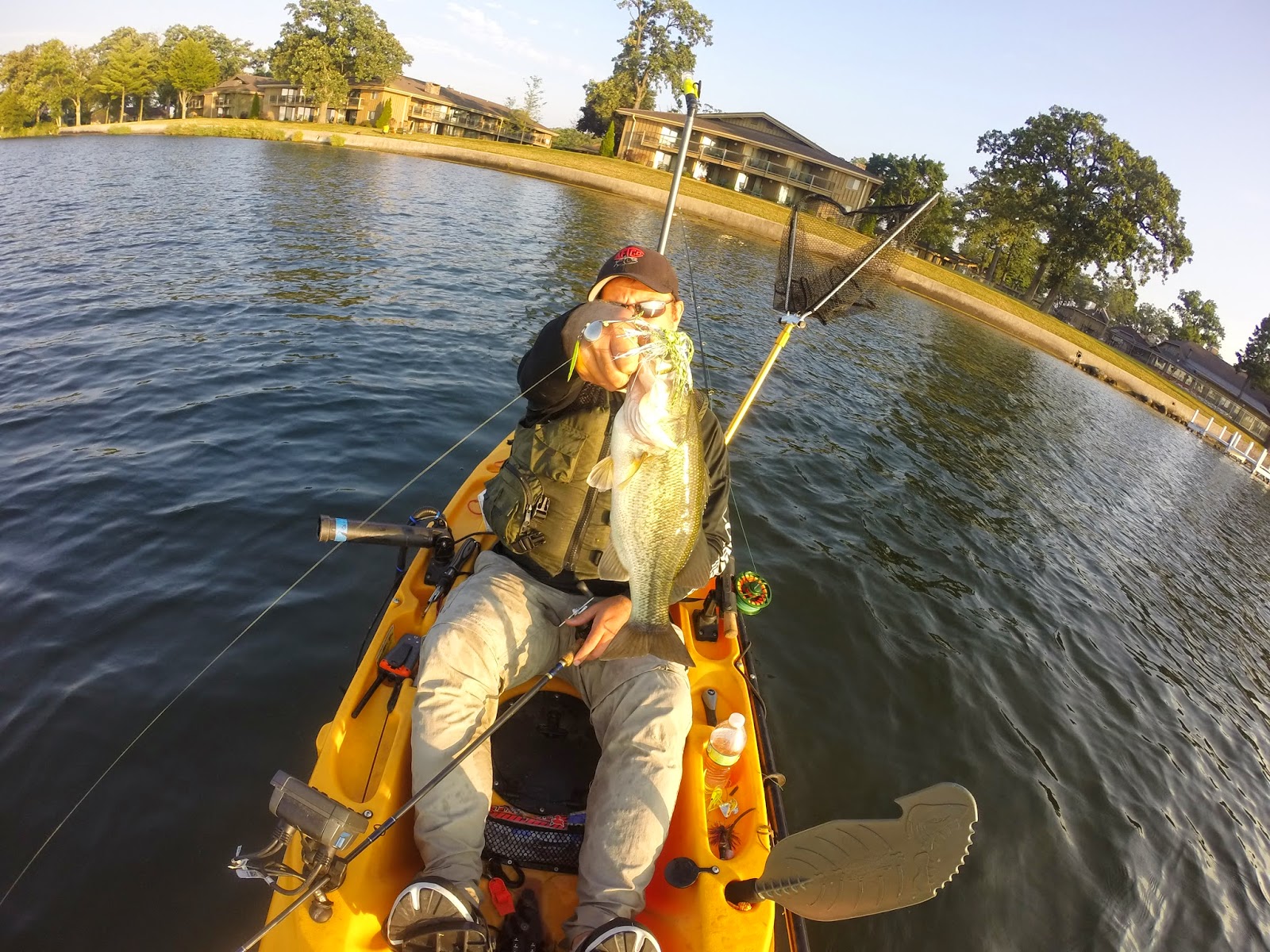 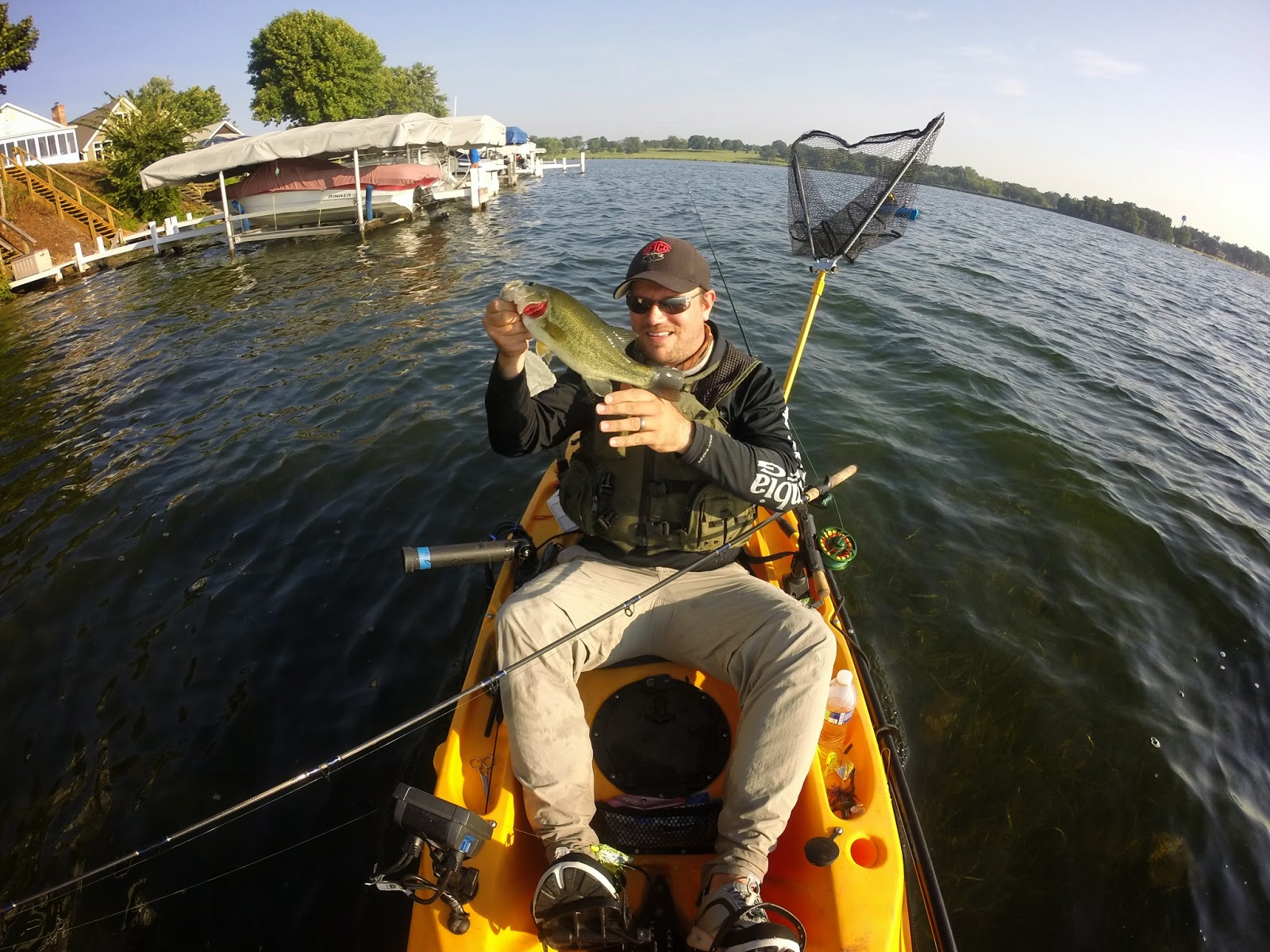 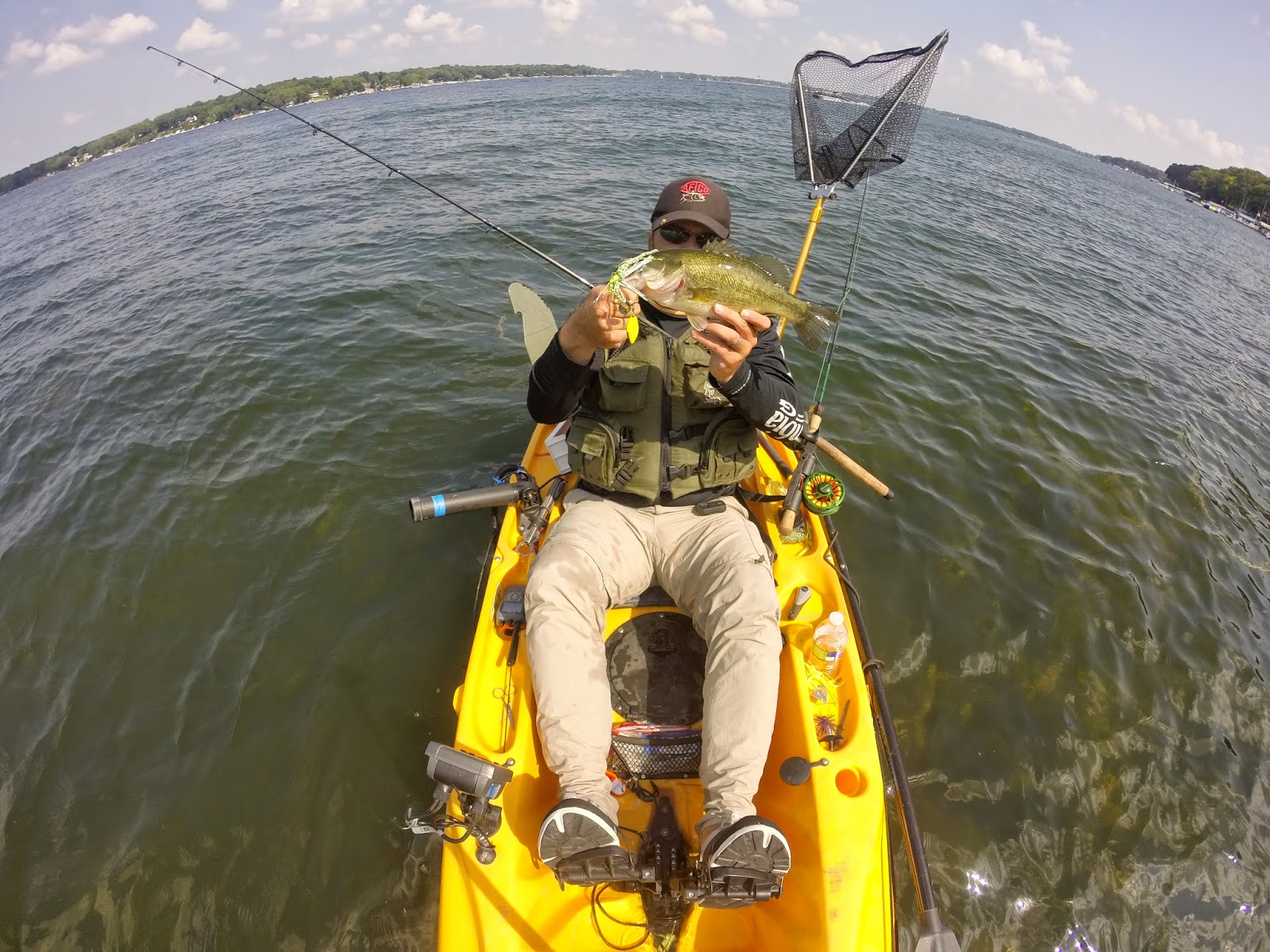 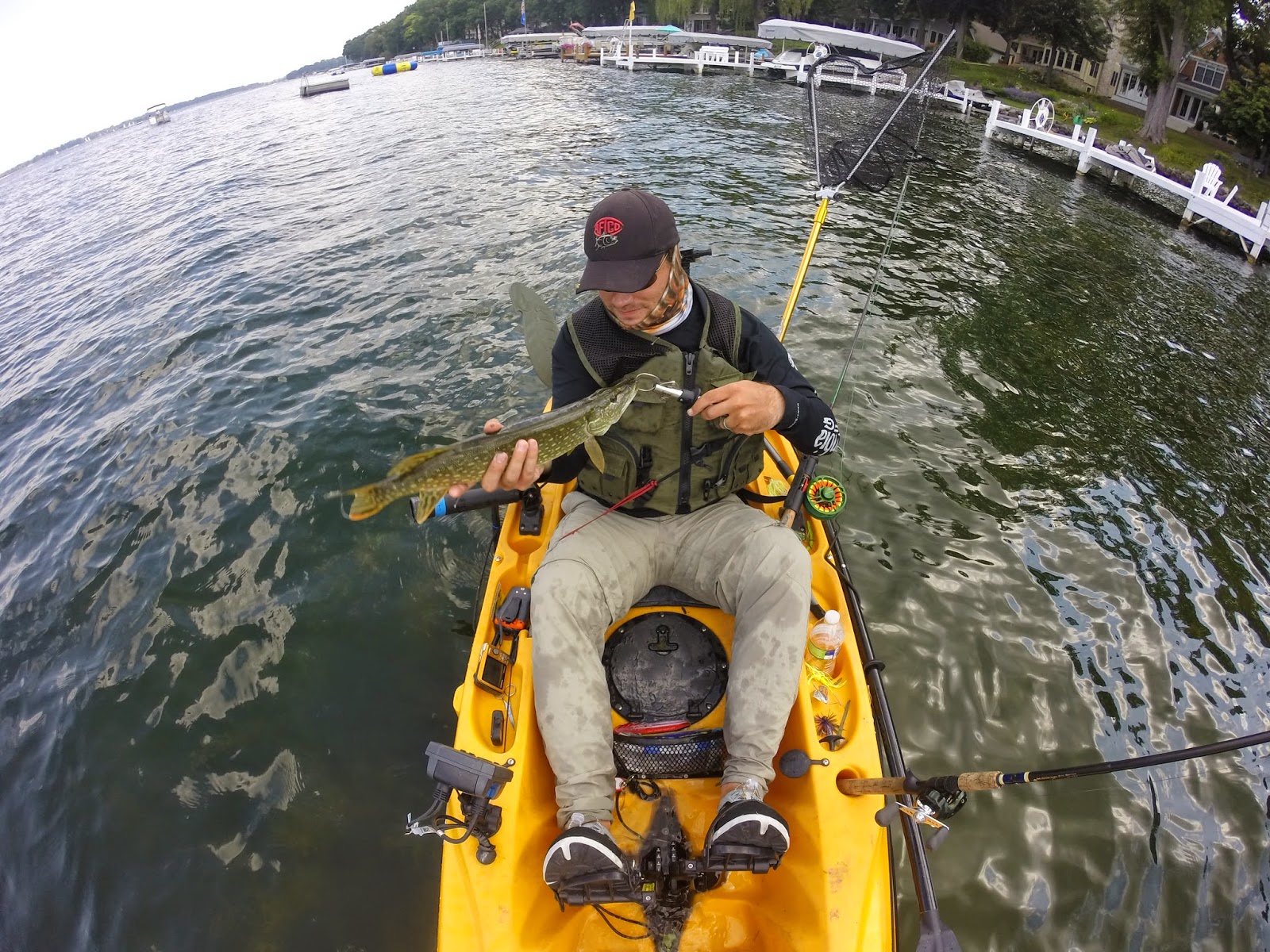 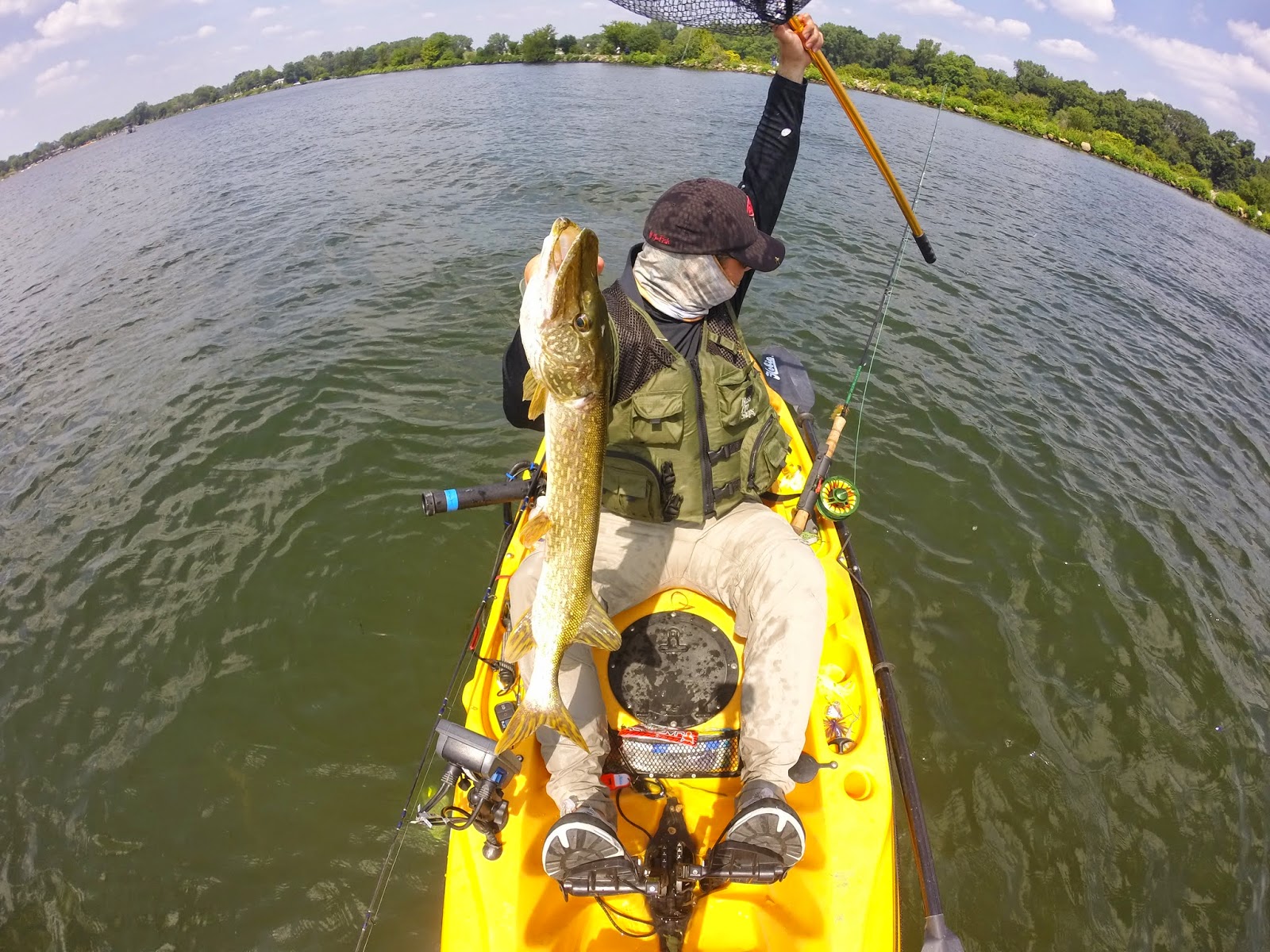 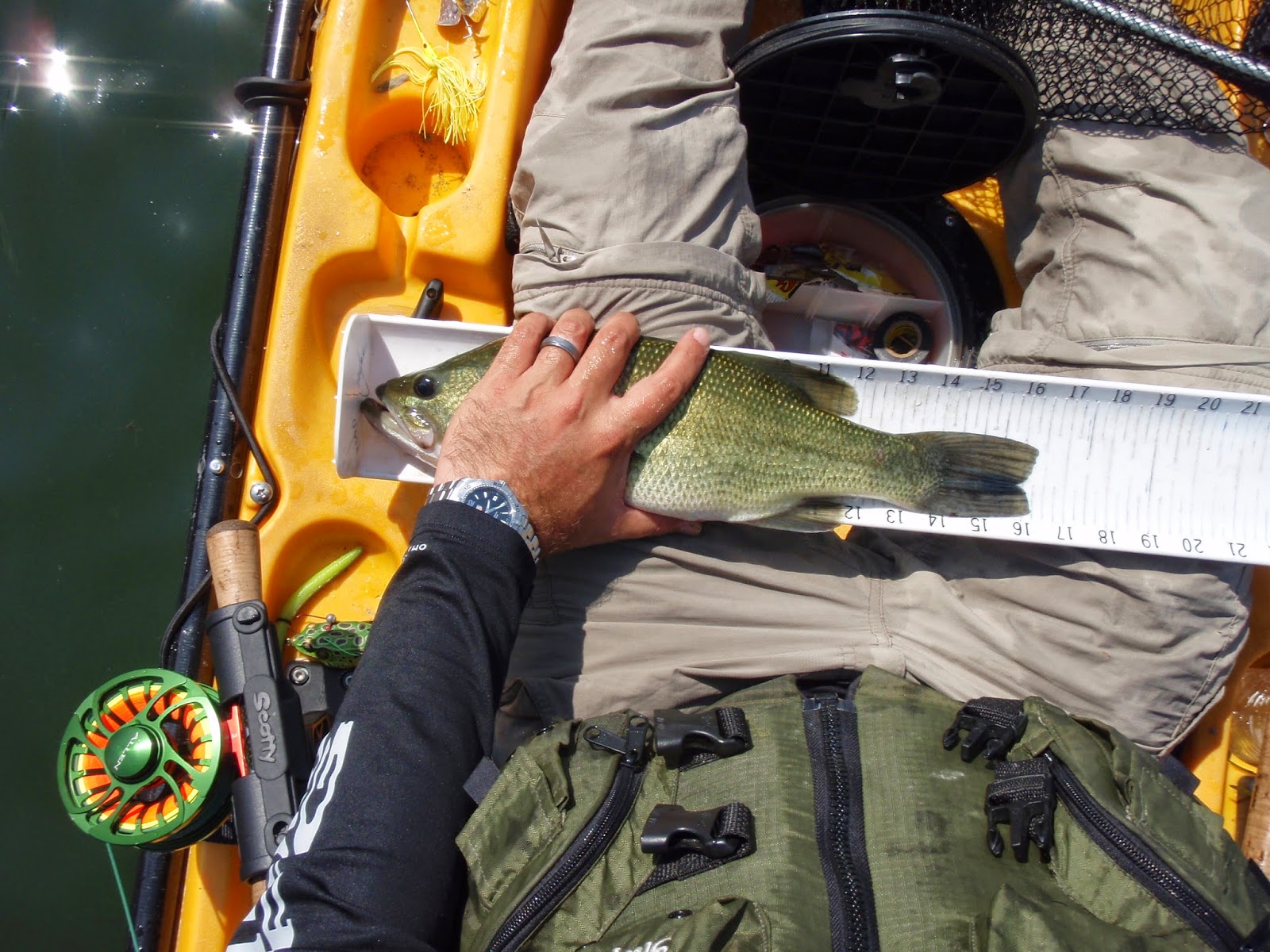 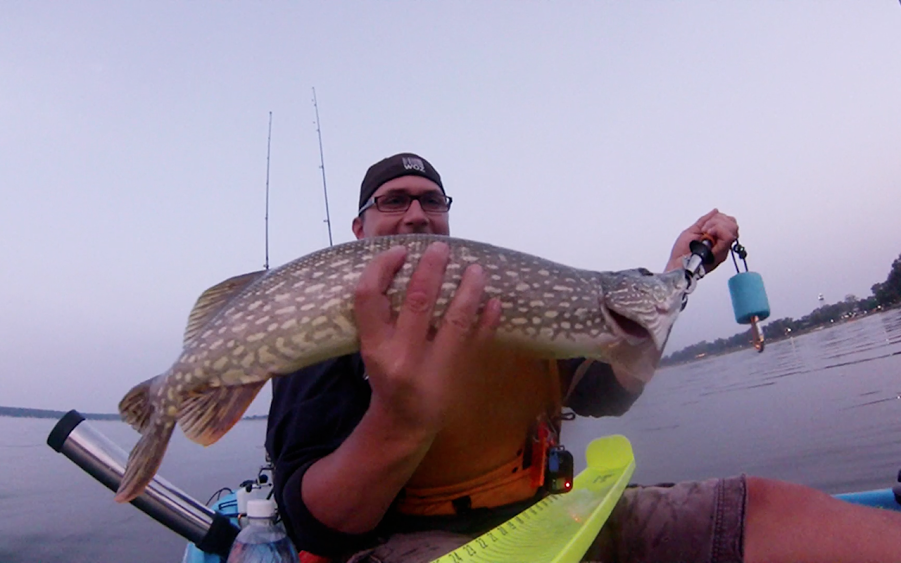