I have been itching to ditch the kayak for a day and head to river with nothing but a fly rod and some flies. I decided, on Friday, that I would do just that if I can manage to get a few hours of free time on Sunday. Mother nature dumped a ton of rain on Saturday night which had me worried that my plans would have to be changed. I checked the USGS charts for the DPR and realized that the flow hadn't really gone up that much despite all that rain. Woohoo!!

I grabbed my waders, 6wt, fly boxes and headed to the river as I had originally planned. When I got there, I kicked myself in the butt a little when I realized that despite the very small increase in flow, the water was MUDDDDDDDDY.

Crap crap crap! I muttered aloud. I didn't really feel like going back home to grab the kayak so I headed into the water anyways. I puttered downstream for about ten minutes before agreeing with myself that this just wasn't going to work. "What to do, what to do", I thought.

Ahh ha! I'll head upstream to the backwaters! Surely, there has to be some largemouth back there that are happily escaping the current. If not, there are ALWAYS carp back there. Off I went.

As I headed up the narrow creek channel that empties from the backwater into the main river, I saw a rod tip dangling over the bank with the line in the water. "Are you kidding me?!" I have never seen anyone else back here before and was not happy to see someone there now. As I made my way towards the bank, the guy's head leaned forward to see who was coming. As soon I saw his face, I chuckled. It was my friend Shannon and his wife stalking some carp. Wheeeew!

After a few pleasantries, we all hit the water. While we were all there, Shannon caught four or five catfish on the fly (which is something he has been trying to get for quite sometime), a smallmouth, and a mega crappie. Lisa got in on the action with a couple catfish of her own as well!! There were a ton of juvenile crayfish on the bottom so an olive and rust colored backstabber matched the hatch perfectly.

I caught a crappie myself as well as a smallmouth. The smallmouth back here were kind of a surprise. Usually, they are in the main river and I had not caught any back here before. This hole never ceases to surprise me though. You honestly never know what you might be hooked up with back there. Before this day, I had caught carp, catfish, bluegill, largemouth, pike, and a bowfin. Now I have added crappie and smallmouth to the tally back here.

They left about an hour later and I stayed back to wait for the topwater bite to turn on. While waiting for that, I decided to tie on a tiny clouser for a change of pace from the smaller bottom fly and was quickly rewarded. Before switching over to topwater, I was rewarded with fifteen smallmouth, three crappie, four largemouth, and bluegill all on the same fly. Nothing was really big but plenty were big enough to be fun. As sunset approached, I switched over to top water and never got anything going with it. I only gave it about twenty minutes before calling it a day as there were things to do at home and I was hungry.

Here's a few more pics of some fishes 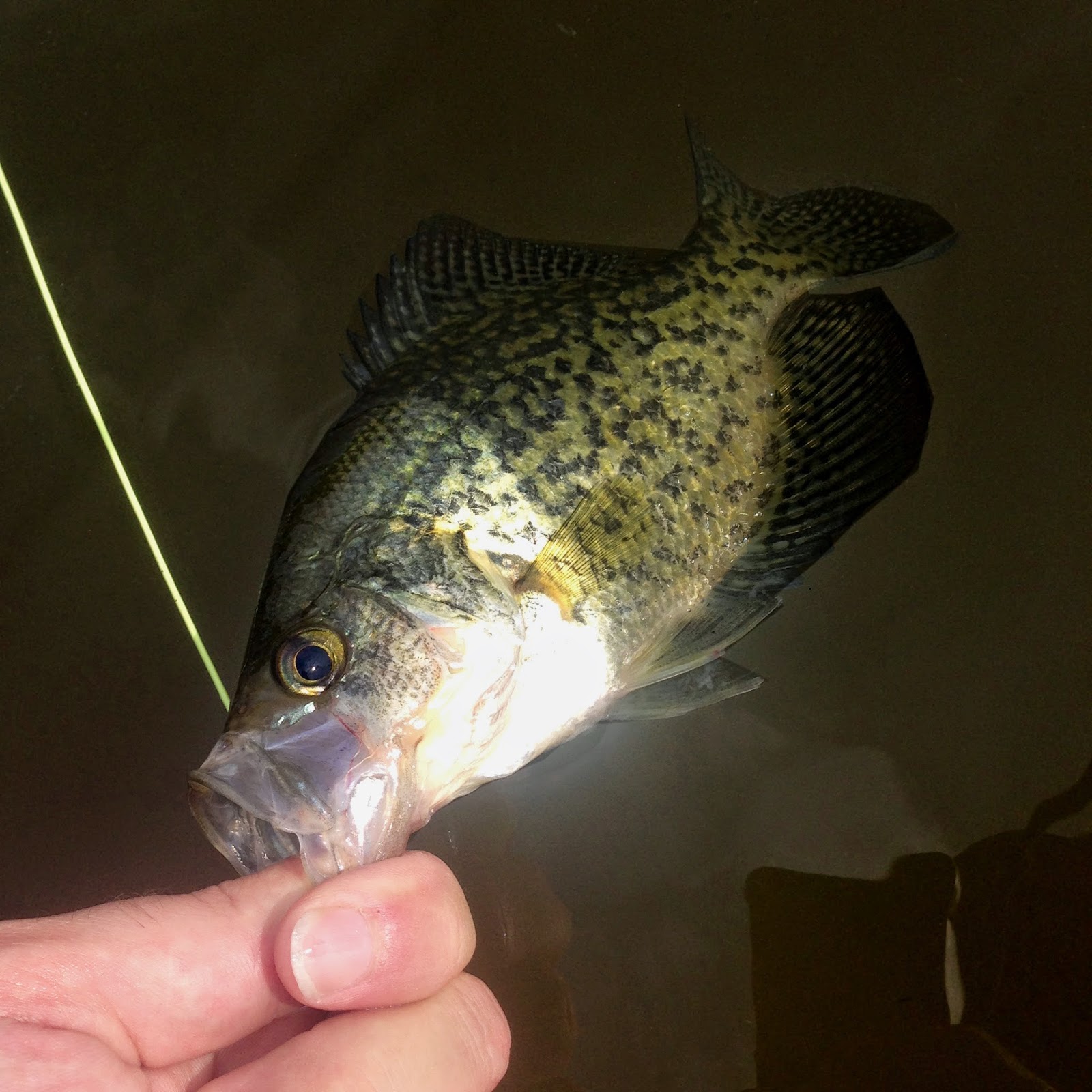 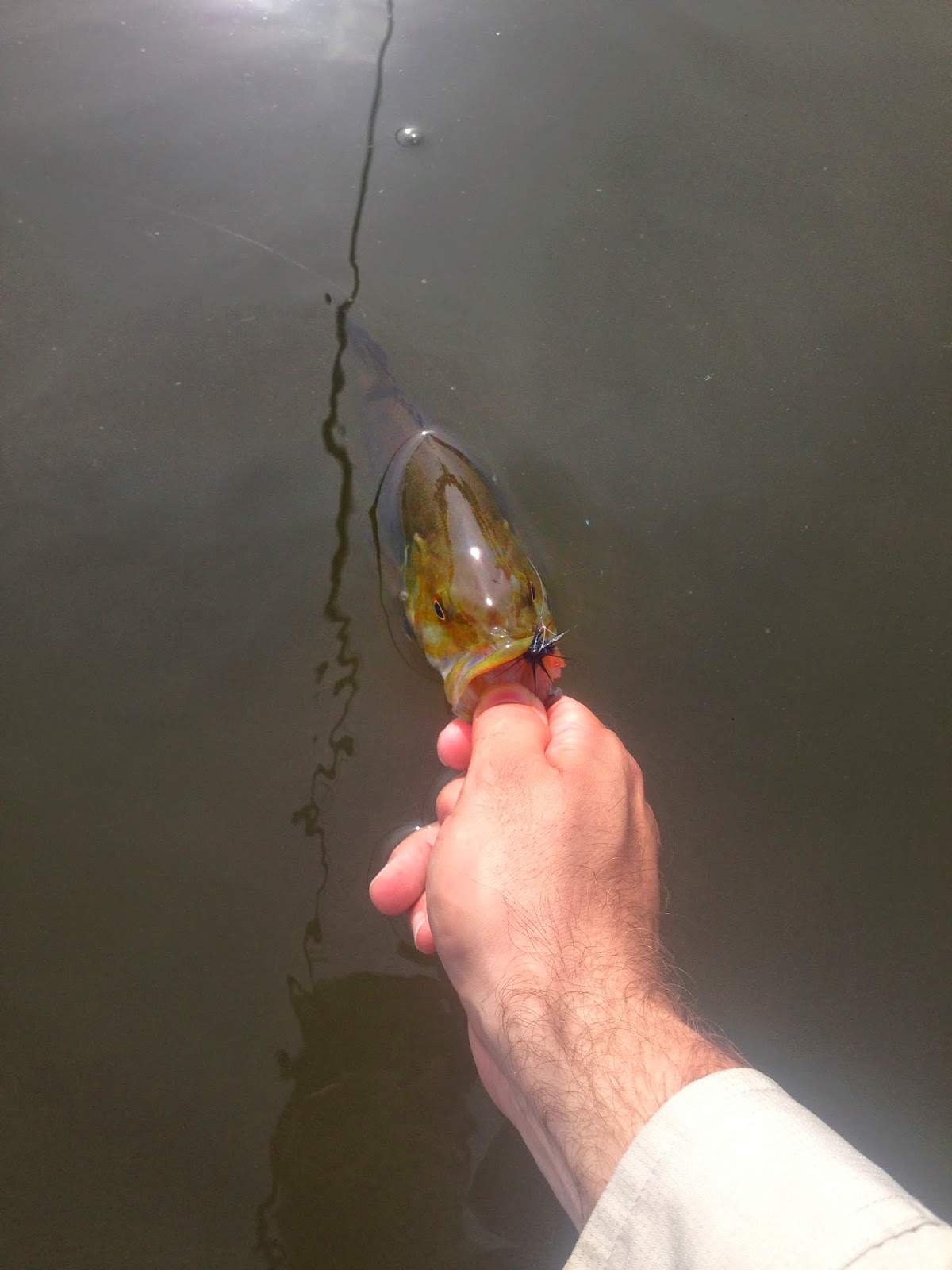 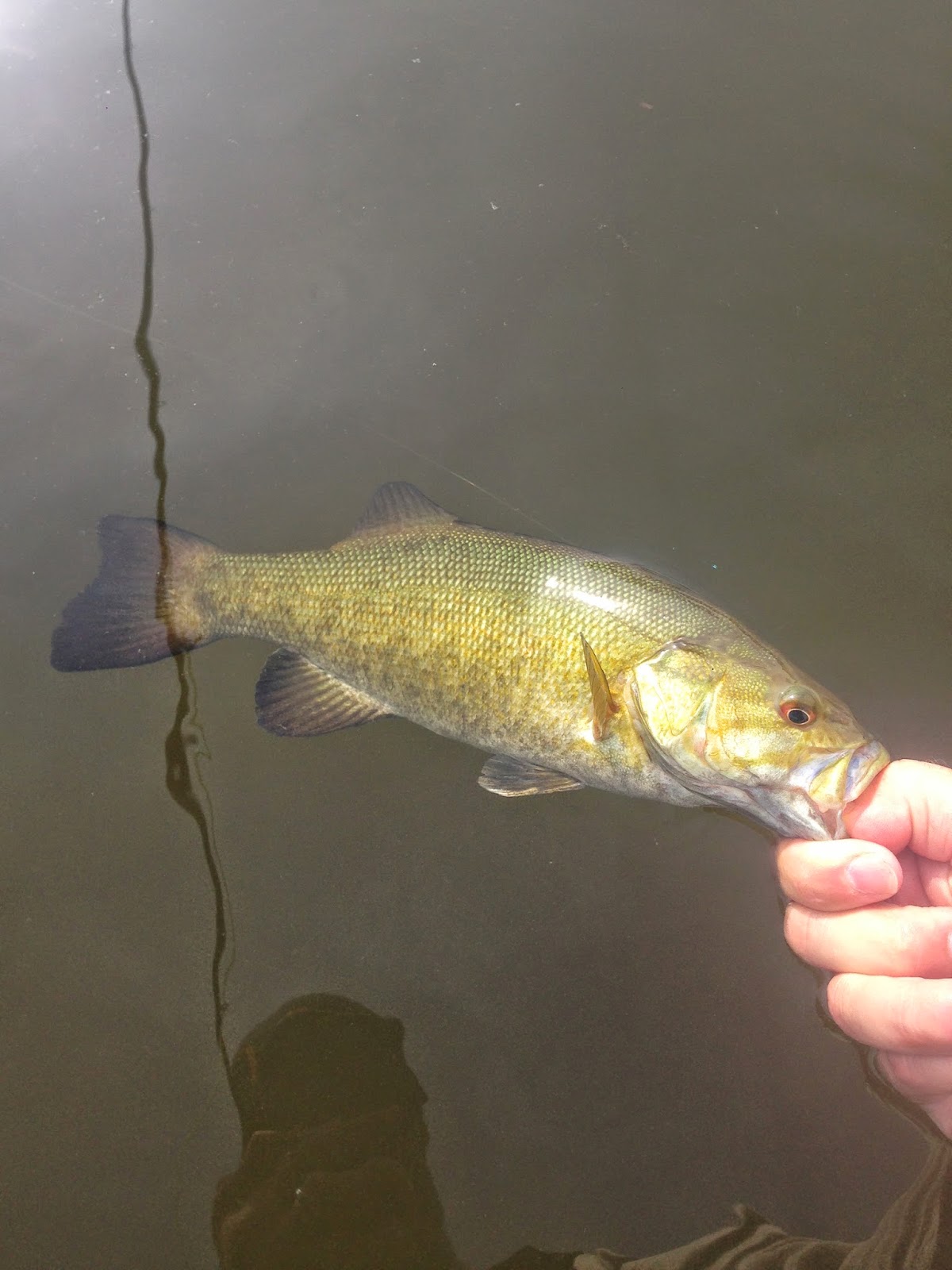 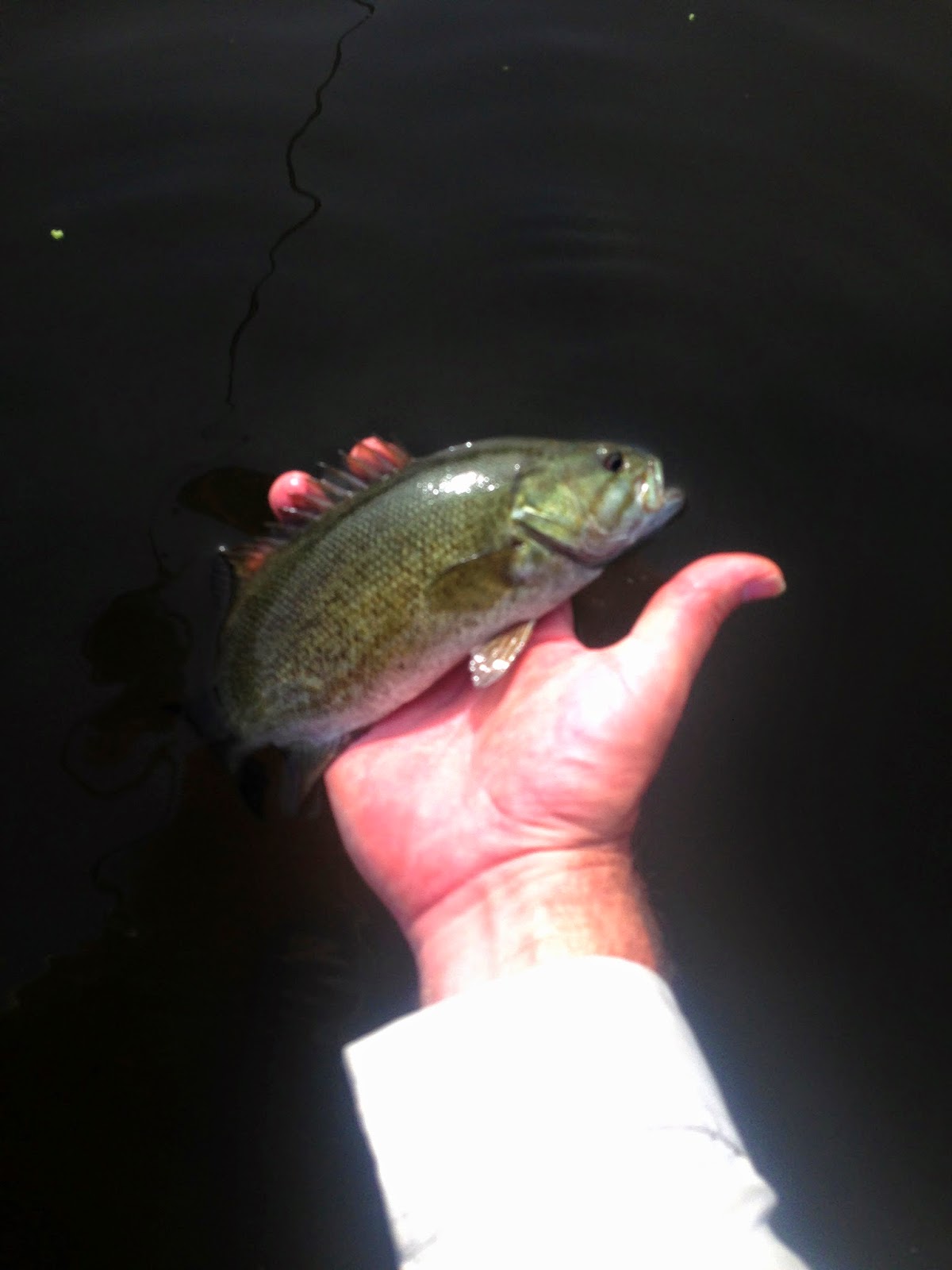 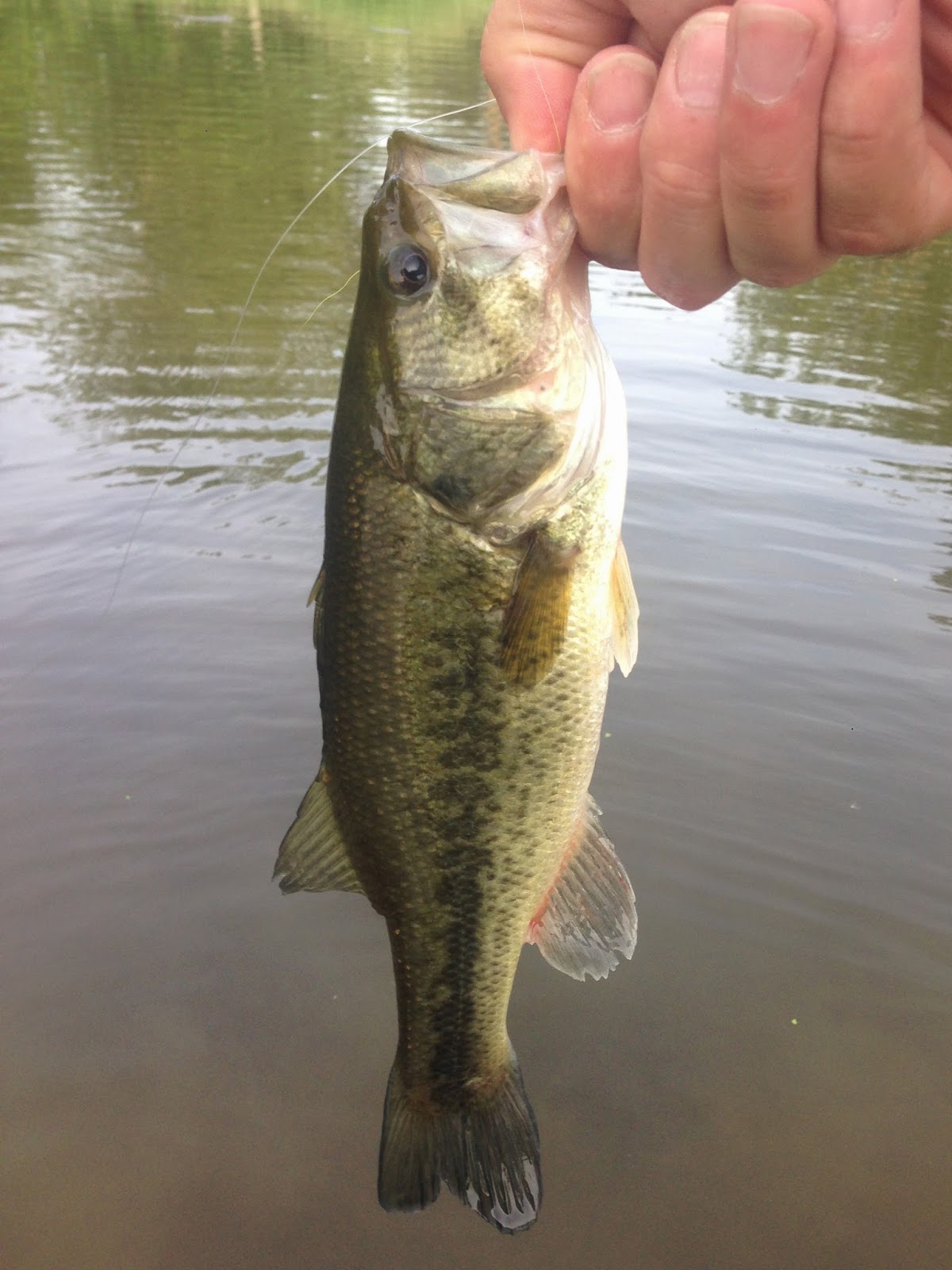 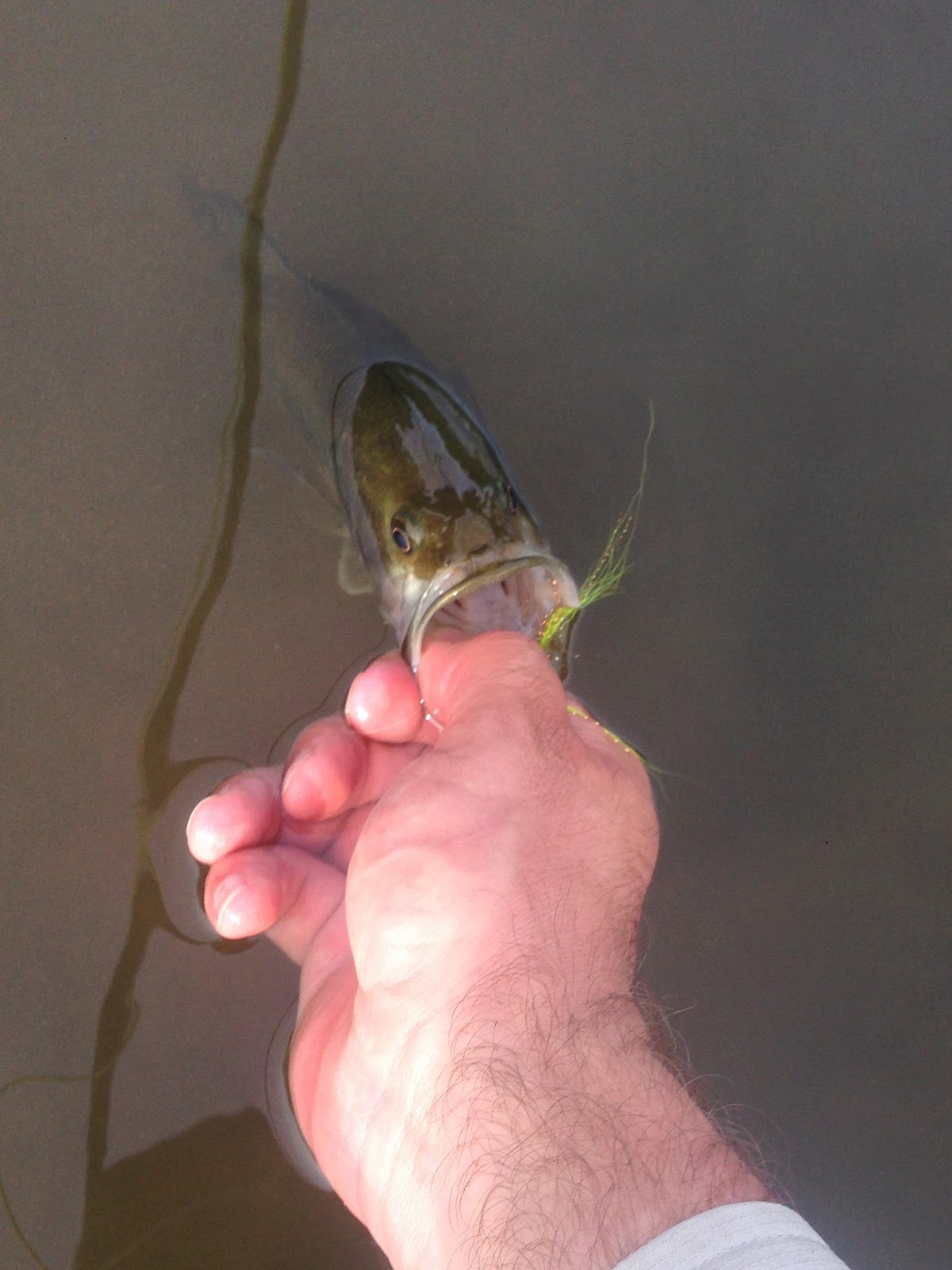 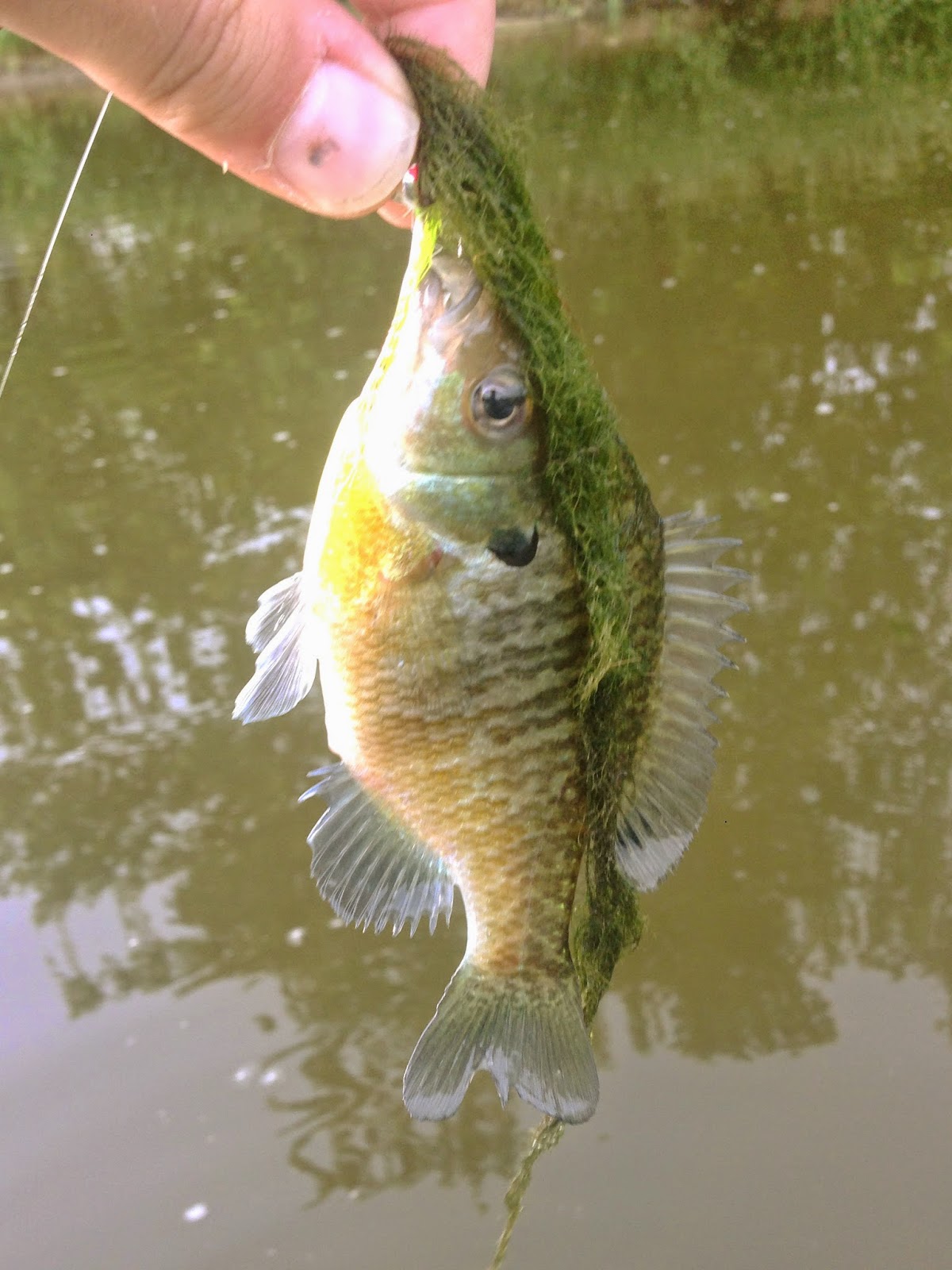 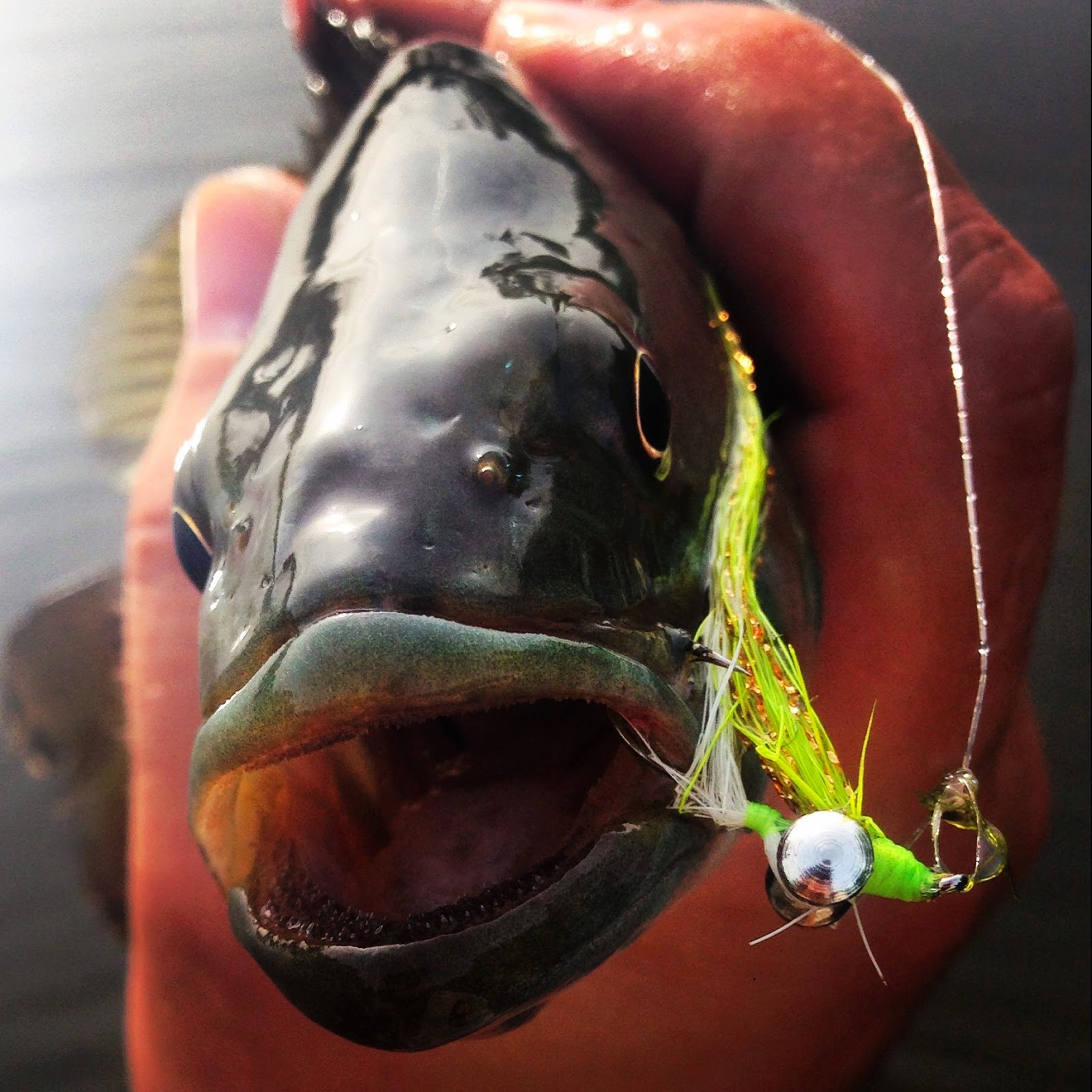