I headed out Friday evening to do a bit of prefishing for Saturdays tournament. Originally, I had planned on fly fishing the tourney but with flow rates on the river up near 25,000 cfs from a normal 10,000 cfs on the Illinois river, I knew that the water would be chocolate milk. I also realized that trying to get a fly down to the bottom, where I suspected the the fish would be, seemed nearly impossible so I decided to break out the old casting gear.

It's been a while since I used any of this stuff so I had to pull it all out, change out the line on my Shimano Curado bait casting reel, pair it up with a rod, put together a lighter spinning outfit, and try to find all of my old soft plastics, spinners, and crank baits. This stuff has all been buried in my "man cave" since I moved into the house last year. You can hardly open the door to this room because there is so much stuff still in boxes and scattered all over the floor. It took quite a while to pull it all together but I managed to do it with enough time left over to hit some local waters.

Once I was on the water, I started throwing a whacky rigged StankX stix in Purple Nurple. On my second cast, it netted me a very healthy 15.5" bass. 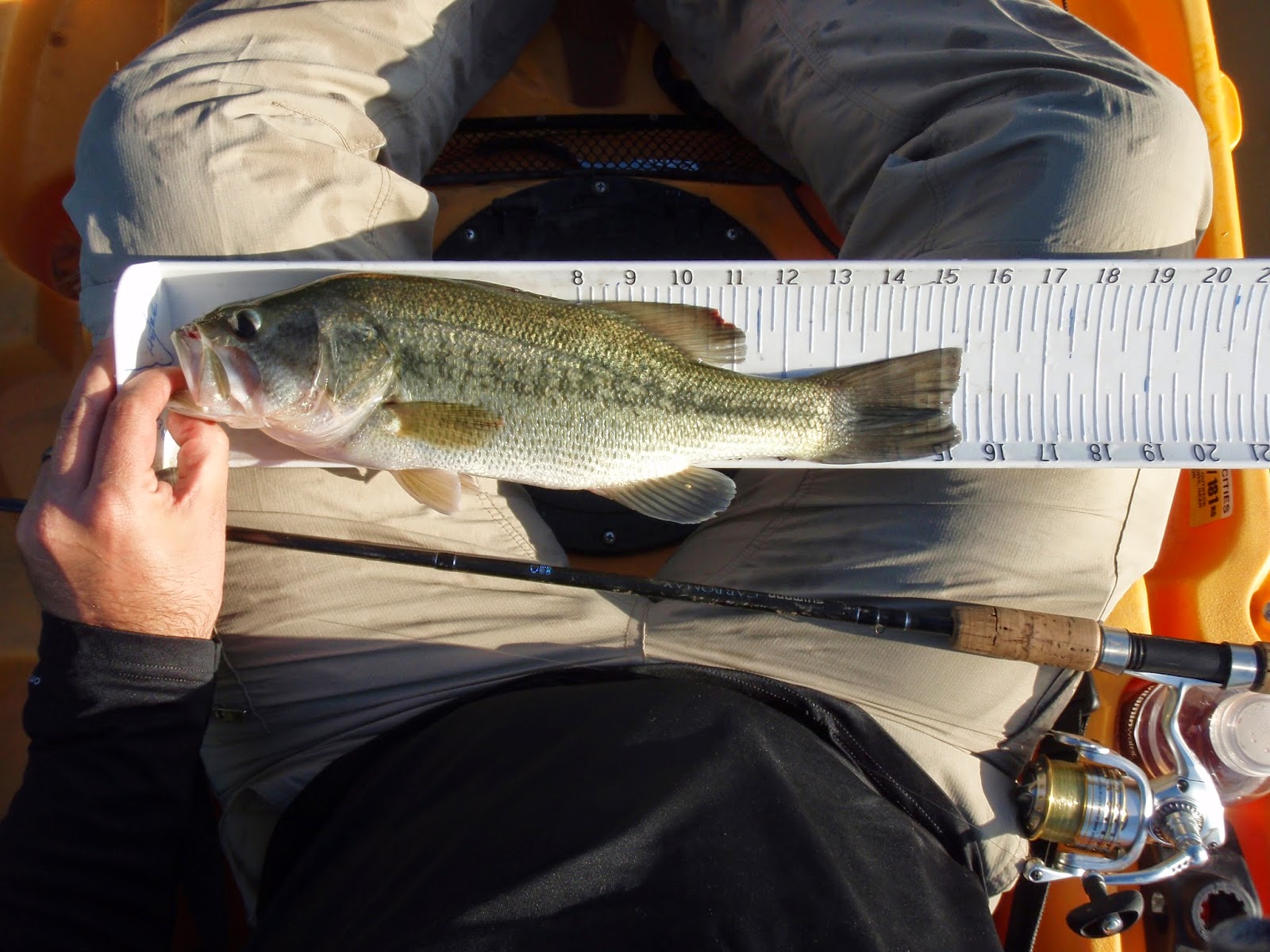 I gave it a few more tries before I decided that I needed something that moved a bit faster so I grabbed my baitcasting set up with a custom ITO Flies spinner bait. After a few minutes, I got slammed by the fattest 16.75" bass that I've ever seen. 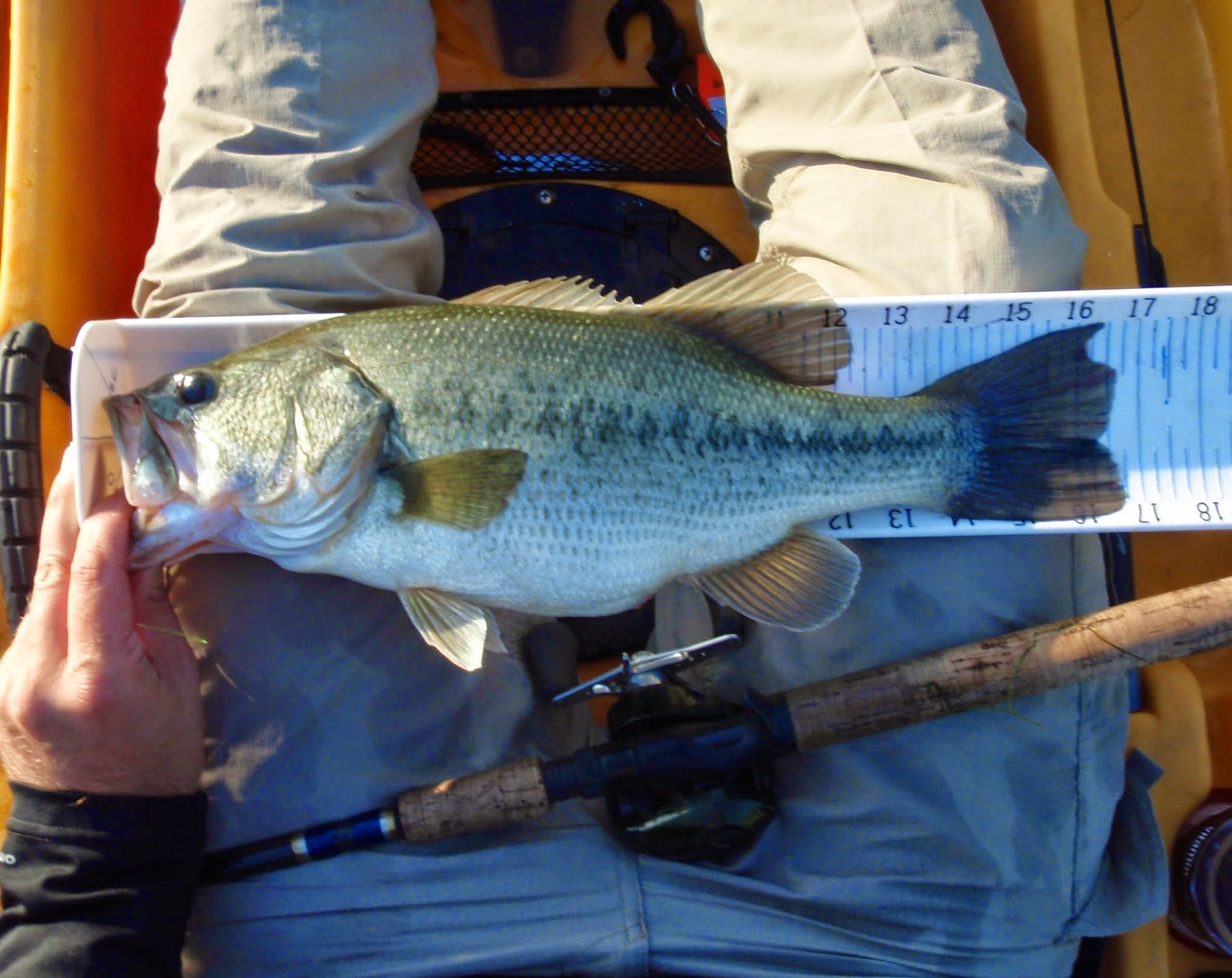 As I was admiring this piggie, I noticed a tail sticking out of it's throat! I couldn't believe it. It just finished swallowing a smaller bass and still wanted my giant spinner bait! 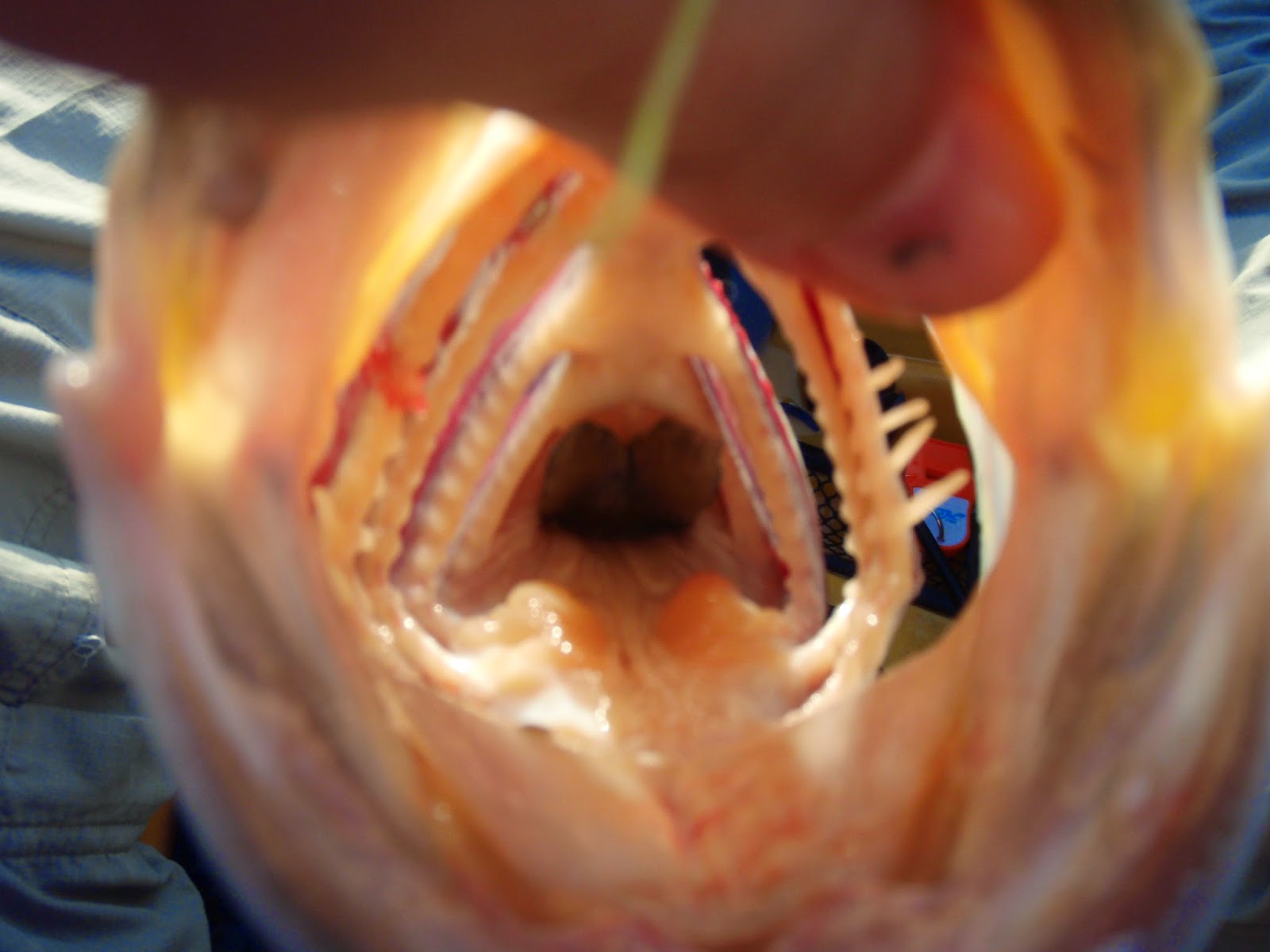 After letting her go, I grabbed the lighter rod again and started tossing the Stix again. I ended up catching a few smaller bass before the sun started to creep below the horizon. There was a decent amount of surface action so I threw on a zara spook in hopes of that explosive topwater action! I had a few strikes but they all missed. It almost seemed like they were coming up so hard, the water that was being pushed up tended to push the lure right out of their mouth.

Hoping for one more good fish, I went back to the spinner and was rewarded with a 15.25" fish. 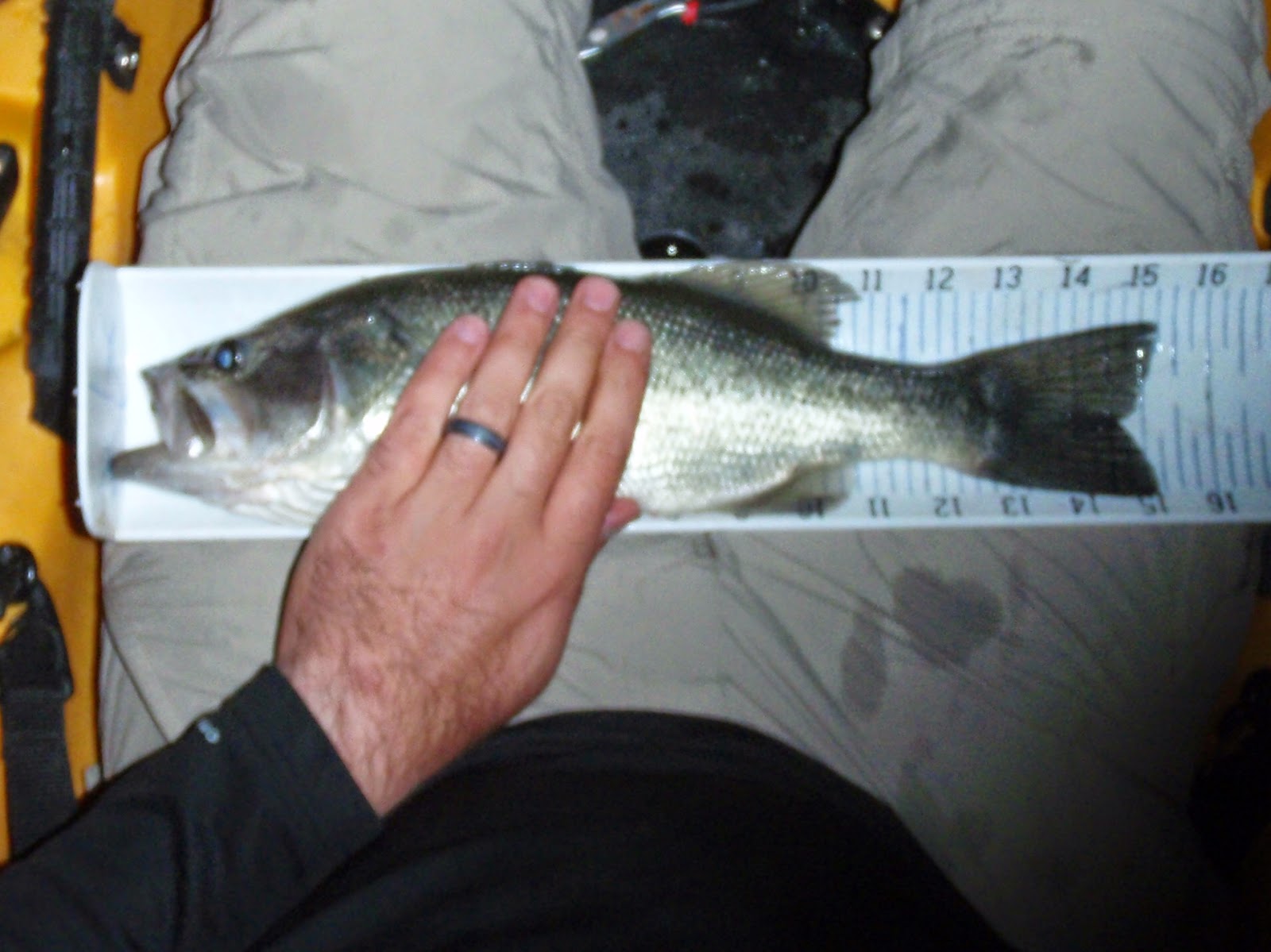 At this point in time, the mosquitoes were out in full force and I needed to get some sleep for the next days tournament. I felt re-acclimated with my old gear and techniques which gave me some hope for tomorrow.

Stay tuned for the write up on my tourney results!!

Nick
By BrookfieldAngler
Email ThisBlogThis!Share to TwitterShare to FacebookShare to Pinterest