Don't ask my why it has taken me so long to actually get a stripping basket because after getting one, I haven't a clue. Seriously, why in Sam Hill I didn't do this earlier is beyond me. After establishing the fact that standing and casting from the new Hobie Outback was going to be no problem but the pedals and stray fly line was, I FINALLY decided to get one. I wanted something that I could easily deploy/stow when I wanted to stand up and cast but would not be in the way when I want to sit down in order to move spots. The very soft and collapsible William Joseph stripping basket was the best answer I found.

One common complaint I had read about that one, versus a hard plastic one, is the that the fly line had a tendency to get tangled while in the basket. I didn't really see this as a big problem until I actually tried it out at the pond in front of the house yesterday evening. Sure enough, after the third or fourth cast, the line had tangled up on itself. A few more casts, same thing. Hmmm....I guess the reviews weren't exaggerating.

On some of the hard plastic ones, they have little nubs that are molded into the plastic bottom that help hold the line and prevent - for the most part - tangles. I have seen a few DIY stripping baskets where people take some sort of plastic container, drill some holes, and make arches with line from a weed whacker. So after my second tangle, I walked back to the garage, took the weed whacker off the shelf, and stole a couple of feet worth of line. I also grabbed some zap-a-gap and a small pair of needle nose pliers to help cinch down some simple overhand knots that would prevent the line from pulling through the mesh bottom. 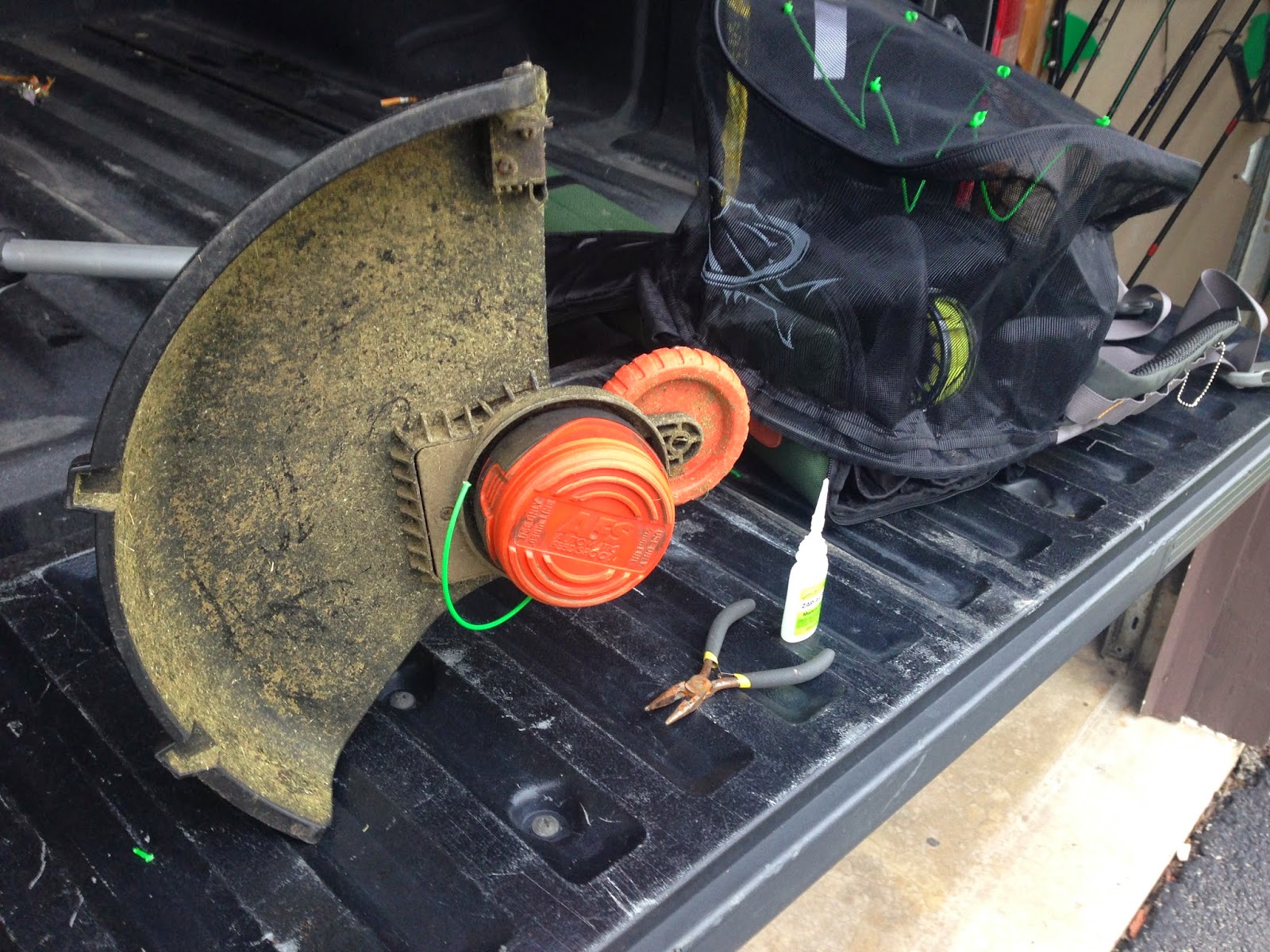 I started by poking six holes in the mesh in order to get the pretty thick weed whacker line through. I then knotted one end with a simple over hand knot and pushed the non-knotted end through the bottom and into the basket. After that, I put that same end right through another hole and out the bottom again where I tied a second over hand knot. I did this three times in total to create three separate "arches" of stiff weed whacker line. 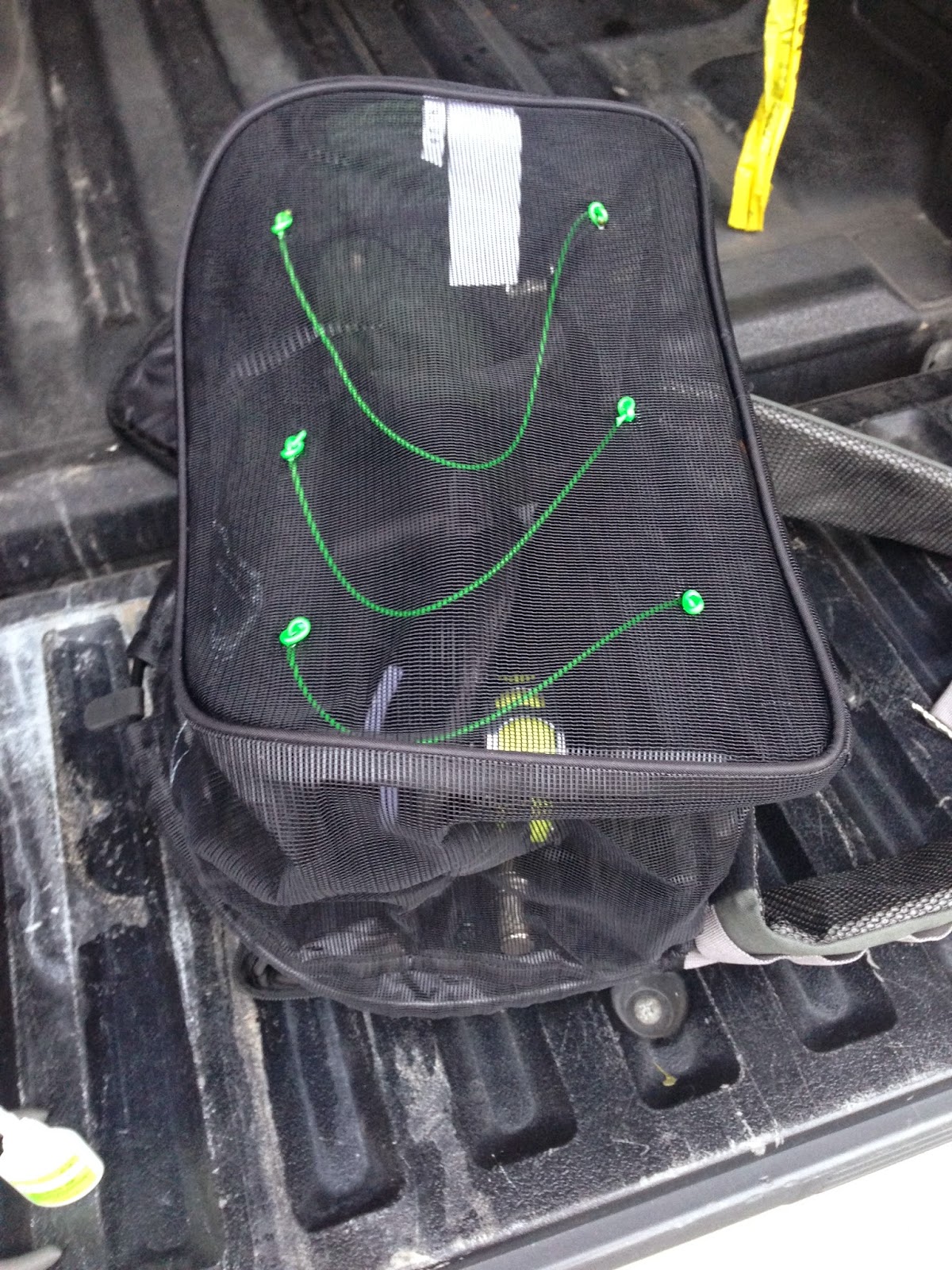 After all three pieces were done, I then applied some zap-a-gap to the knots and to the mesh where I cut the holes. I did this for three reasons. The first reason was so that the bigger hole I put in the mesh wouldn't fray and open up more over time. The second reason was so that the knots in the very stiff line wouldn't come undone. The third reason was to bond the line and the mesh together to prevent the line from just pushing out the bottom and not giving me those arches. After the glue dried, I was indeed left with three nice arches! 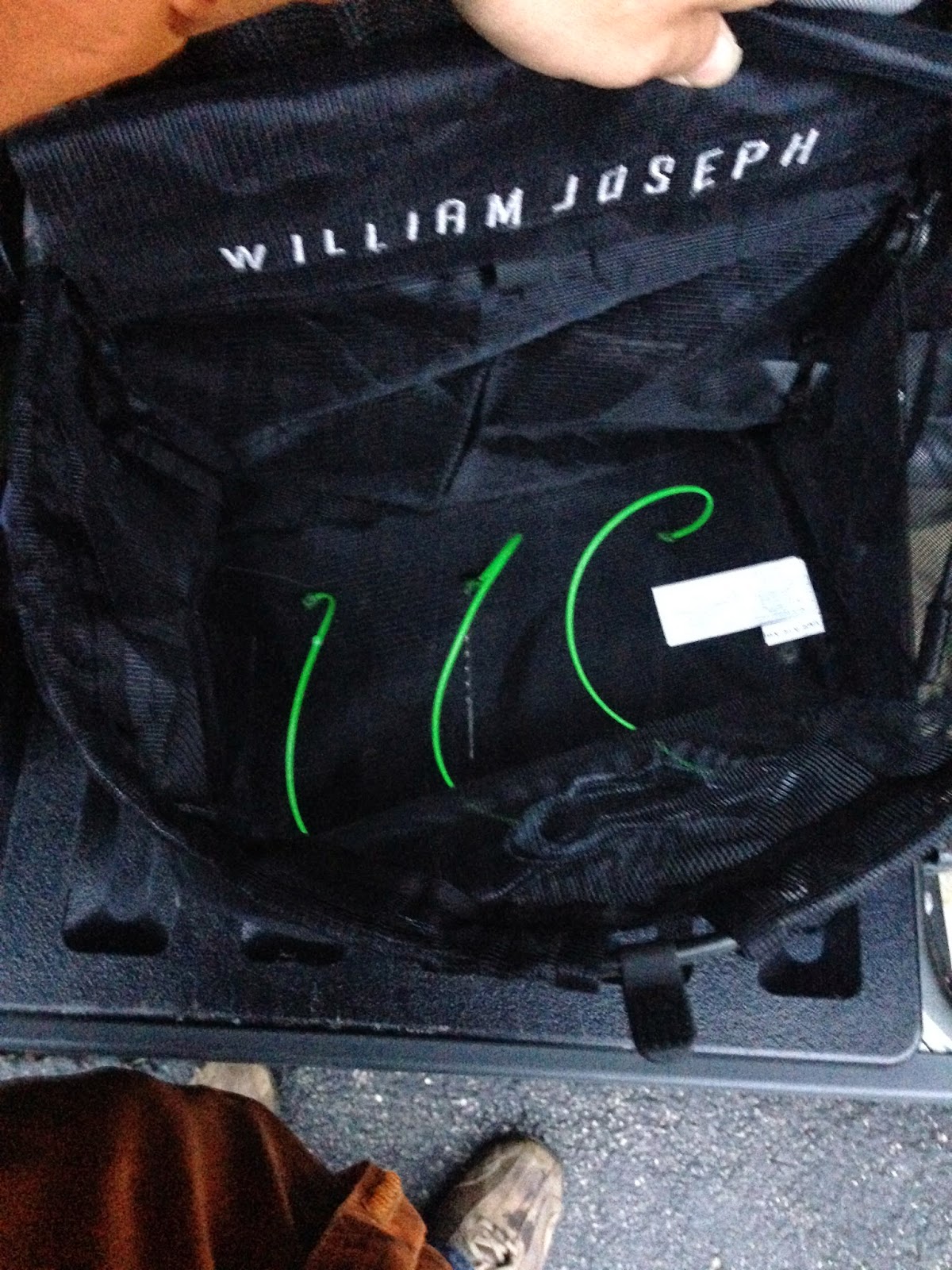 I walked back to the pond to put it to the test and by golly, it worked! I didn't have a single tangle after that! Easy modification that cost me nothing and I am left with a stripping basket I can wear in the kayak whether I am standing up and casting, or sitting down and paddling. Awesome!