My good friend Dan Sims just posted a video on my personal Facebook from way back in 2011 - October 26th to be exact - when we decided to map out a section of the Des Plaines River in Riverside.


It was a rather rudimentary first attempt at topography for the both of us but surprisingly effective. Essentially, I probed the area in a grid pattern from the kayak and would shout different measured depths. Dan would record those findings and eventually, we created a rough map. Once we did that, I was able to superimpose that map onto an aerial view of the area we were mapping. When it was all finished, I was incredibly surprised at how accurate it was. I went back a few weeks later with a printed copy and was actually able to verify most of what was on the paper. The main exception is the lower right corner of the map...all of those depth contours are about fifteen feet to right.

As rudimentary as it sounds, we actually learned quite a bit about a spot we had both fished many many times before including the discovery of a rather large hole that was more than eight feet deep!! I also realized that afterwards, I didn't really need the map anymore because I had pretty much memorized where the holes were. Even now, I have a pretty good recollection of them all but I figured its time to share with the rest of the world! So, if you ever find yourself fishing "the bend" in Riverside, here's a map that might help you discover a hole you never knew. 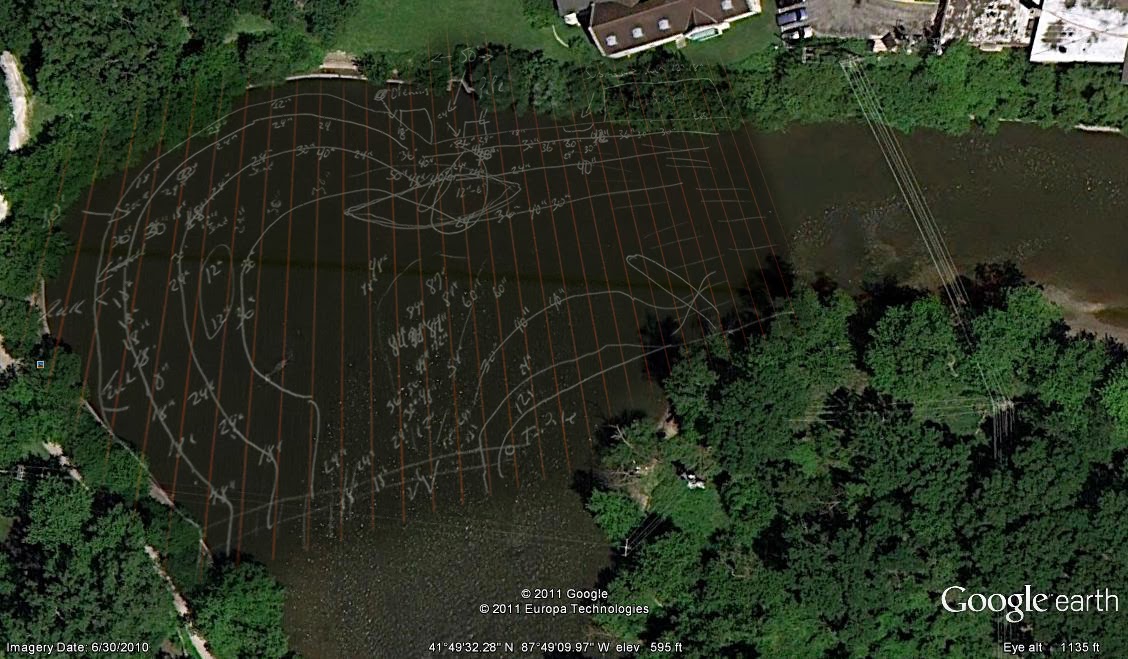