Yesterday marked our son's first real Trick'or'Treating experience and he had an absolute blast! While there might be a small bias, I am pretty sure he was the cutest damn dinosaur to ever roam the land! 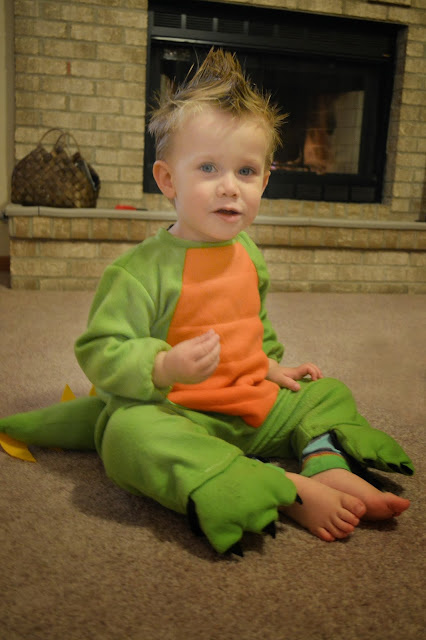 Walking to the doors and taking the candy brought out the best of his shy side but once he had the candy, this little two year old gem of ours would say thank you and run down the drive way so he could do it all over again.

While it was an extremely proud moment for my wife and I, we were (at least I was) slightly disgruntled at the lack of manners by other Trick'or'Treaters. What the hell happened to the day where kids would come to your door in their best costume, say "trick or treat", get some candy and say "thank you" like our little guy did?

While I can't say that the overwhelming majority of kids didn't say thank you, an unacceptable amount of them did not. There was always that one or two that wouldn't but Halloween of 2013 proved to be closer to half of them not saying thanks after getting some candy.