Scariest moment of my life

Sunday morning was perfect in just about ever sense of the word.  The temps on Lake Michigan are down to the low 50's which seems to signal the start of my "winter" fishing season. I don't do the whole ice fishing thing very much. Instead, I opt for finding any open water I can find for the biggest fish I can find. Winter steelhead and big brown trout making their way through super skinny water fits that bill to a t. The only thing that we needed to kick the season off and to get those fish filling up the creeks was a bit of rain. Mother nature provided that earlier last week....several inches of it in fact.

With that rain, Teddy and I headed out to catch these fish. The plan was to jump in the kayaks and fish as close to the inlet as we could for the freshest and most energetic fish. I picked him up around 7am, got his gear loaded in the truck, and started on what should have been an epic day.

At 8:27am, I get a call from my sister in-law. I found it odd that she was calling me on a Sunday morning but Rachel, Landon, and I had taken some family photos with a photographer she recommended the day before so I assumed she had a question about that. If it wasn't that, she was probably looking for Rachel who tends to leave her phone on silent so she misses a few phone calls more than most. I answered the call and could instantly hear a sense of panic in her voice... "Nick. Did you hear from Rachel or anybody yet?"

"Rachel and Landon were in a car accident and they are hurt."

It took everything I had to keep my stomach from expelling everything in it. I never expected, nor wanted, to get this phone call. This was the call of my nightmares.

Dawn continued with what limited info she had but really she knew very little other than they were in an accident and hurt. Not knowing how bad it was, my mind automatically prepared me for the worst news possible as I turned around in the median divide on the highway. As I raced back towards home, I tried to call Rachel but there was no answer so I left a frantic message demanding she call me back. I needed to know. Not knowing was the worst part of the situation so far.

As I crossed the Indiana/Illinois state line, I saw a sign over the highway that lets drivers know how many traffic deaths there have been in Illinois this year. That was not what I wanted, or needed, to see right now. My panic was only increasing as the minutes passed without a phone call from Rachel. Finally, my phone rang and it was Rachel. Thank God.

As I answered the phone, I could hear Landon screaming in the background. As awful as it was to hear, I felt a sense of relief as it was a clear sign he wasn't dead and he was alert enough to cry. Rachel said they were in an ambulance on the way to the hospital and a brief synopsis of events. It was clear in her voice how upset and shaken up she was but said she was fine and she thinks Landon would be OK, too. I told her to just focus on her and Landon, and I will be at the hospital as soon as I possibly could.

The 40ish minutes that it took for me to finally get there seemed like an eternity. All I wanted to do was see my family. I couldn't imaging life without them and I hated that I wasn't there for them. As I ran into the hospital room, I was......

In all honesty, I can't really verbalize what I felt at the moment. Rachel was standing beside a hospital bed where Landon was sitting - still in his car seat as the doctor was looking him over. They both looked scared and upset, but they were there and they were alive. Landon had some bruises, scrapes, and cuts on the right side of his face. His eyes were filled with just the right amount of tears before one would fall as we made eye contact. It was in that moment that I knew everything would be OK.

After the doctors check up, we went over some options and things to look for in the next 24 hours but by all accounts, things were going to be just fine. Over the course of the next hour, Landon was back to being Landon...smiley, affectionate, silly Landon. Rachel continued, and continues, to feel awful about what happened. How the accident occurred doesn't make sense to her but it's OK. Everyone is alive, our insurance will give us a bit of money for a new car and pay for the hospital bills. Landon's cuts and bruises will heal and life will go on.

Over the next 48 hours, I have kept my emotions to myself but have had an internal whirlwind of them. They have ranged from panic to relief. Anger to elation. Happiness to disappointment. Most importantly, though, I have been flooded with thankfulness. Every second spent with them has felt even more precious than any moments before. The slap of reality of how fast they could all be taken away from me was sobering. I am thankful for so many people and things that they were not. 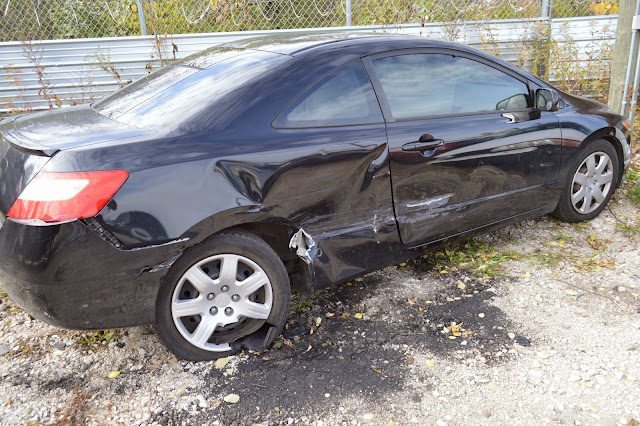 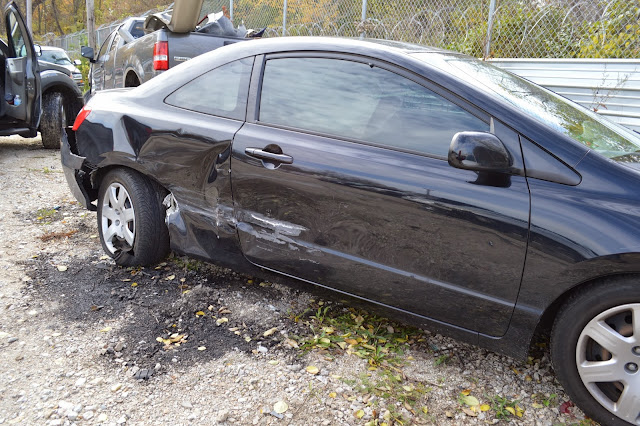 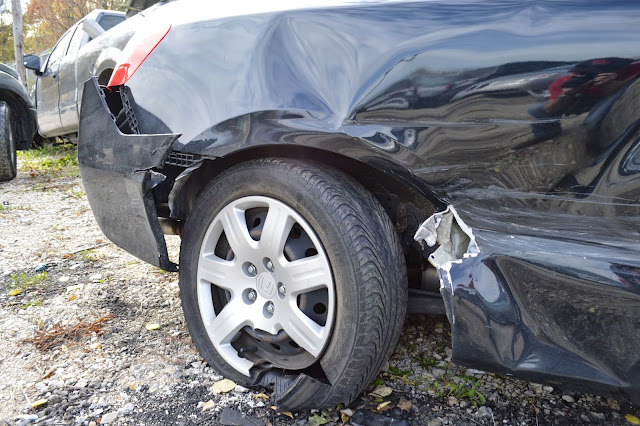