What is a Dad to do when his almost 2 year old son runs to the corner of the living room, reaches in the corner, pulls out his Mickey Mouse fishing pole, and says, "Fish?"

This isn't one of those questions that has varying acceptable answers. There is only one right answer and that is to take the kid fishing!

My wife and I did just that. We promptly jumped into the truck, stopped for a few worms and hit the local pond. He was instantly intrigued by the worms and wanted to throw them in the water. He definitely had the right idea just the wrong approach. 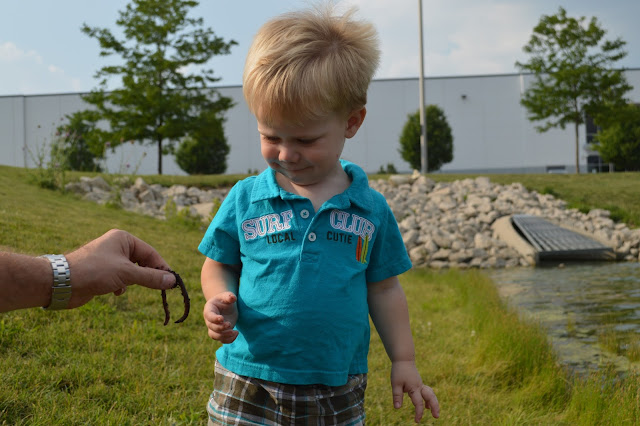 After getting a worm on the hook, it didn't take long until that bobber went under and we felt a tug on the line. He reeled as fast as his little hands could! 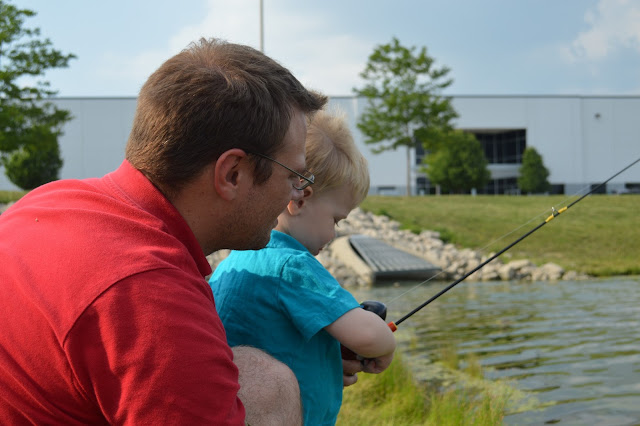 Before you knew it, he had caught his first fish! 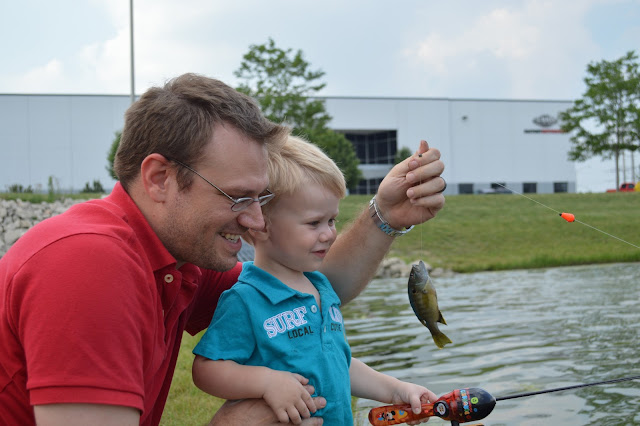 I am not sure who was more excited but it got even better when he said, "Water". With only an idea of what this simple word meant, I asked, "Do you want to throw him back into the water?" His response made me even more proud....."Yes" he firmly exclaimed!

I have been waiting for this moment since I first found out that my wife was pregnant. This is the beginning of many many trips to come and even more proud moments!