Damn my arm is tired

I kept the fly rods in their cases this Saturday and set off to catch some big salmon and steelies on Lake Michigan with Randy (Predator-Pursuit Musky Guide) and his friend since high school, Tom.

We launched out of Michigan City, IN which is a surprisingly scenic area if you can get past the industrial nature of this area. 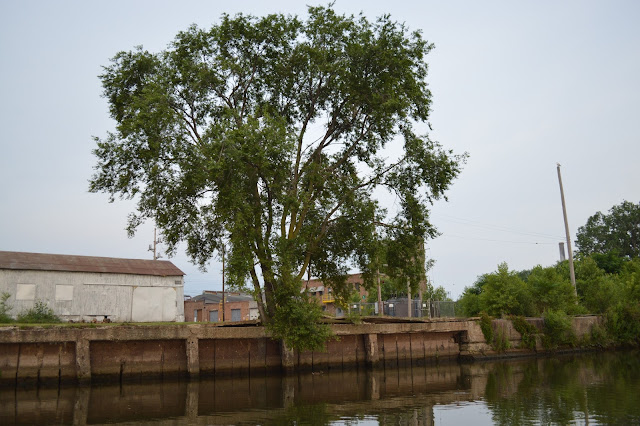 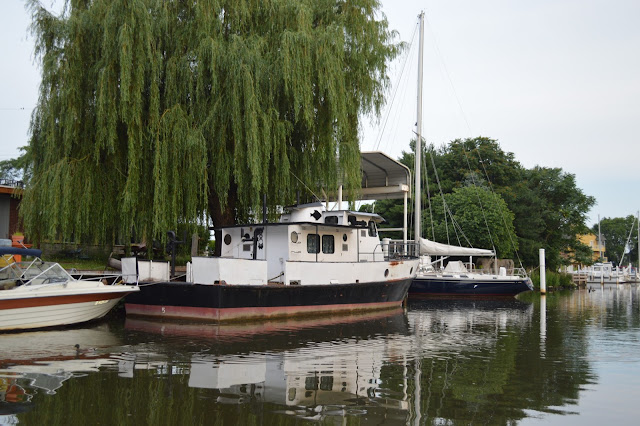 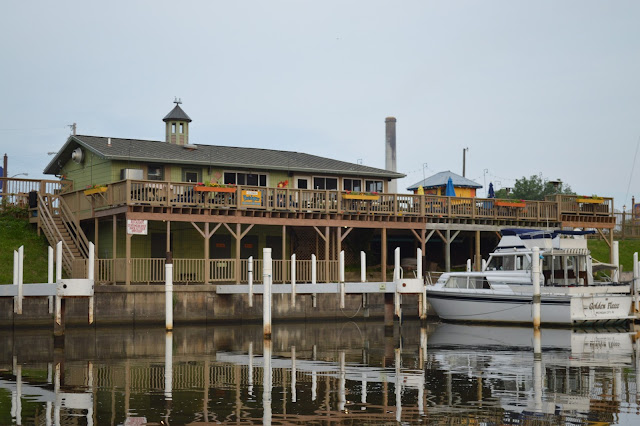 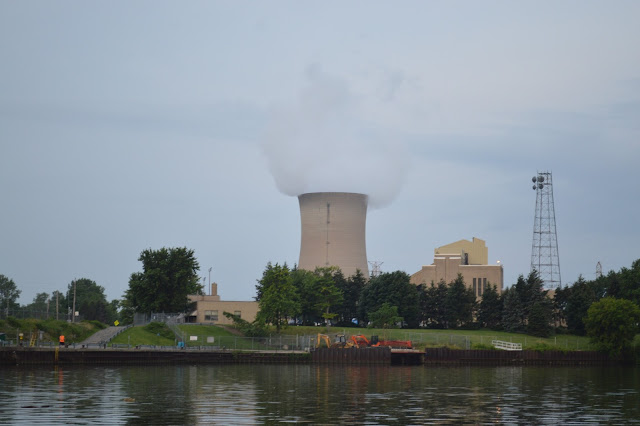 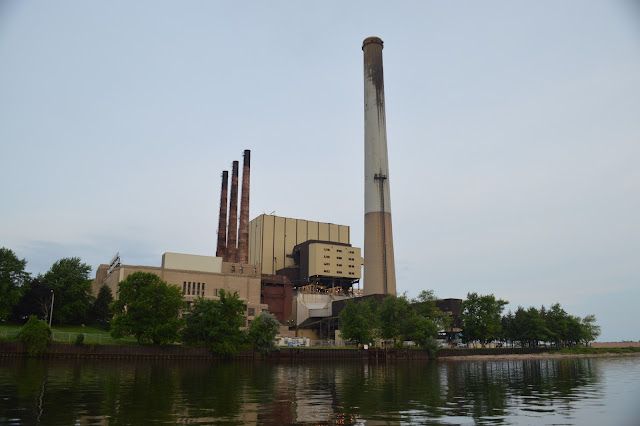 As we hit the main lake, the clouds began to break a little bit which allowed the temps to go up but provided a bit of shade from direct sunlight most of the day. It was also amazing how flat this giant body of water was. 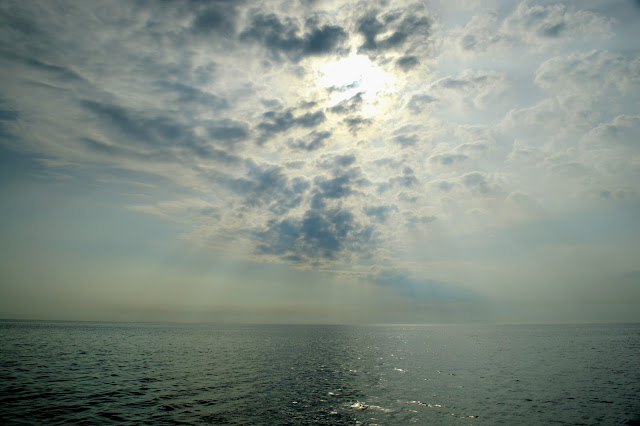 We headed out about 3 miles to 140ish feet of water and it was just just as calm there as it was in 5 feet of water. We started dropping lines and it wasn't too terribly long until the radio chatter began with reports of fish being caught.

For us, the bites just weren't happening so we decided to change colors on a few lines as well as our direction from a north/south troll to an east/west troll. Those two changes seemed to be the key as the drags began to sing. 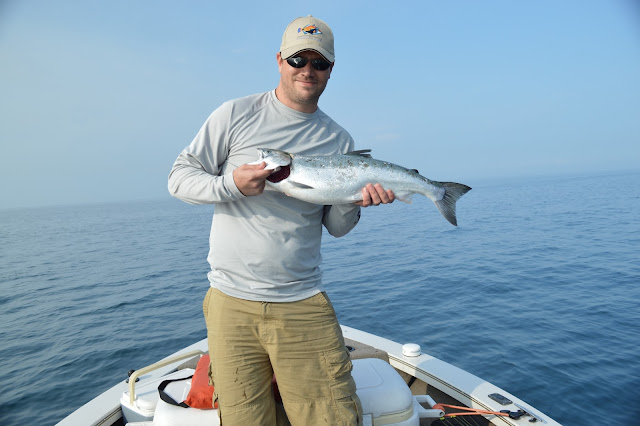 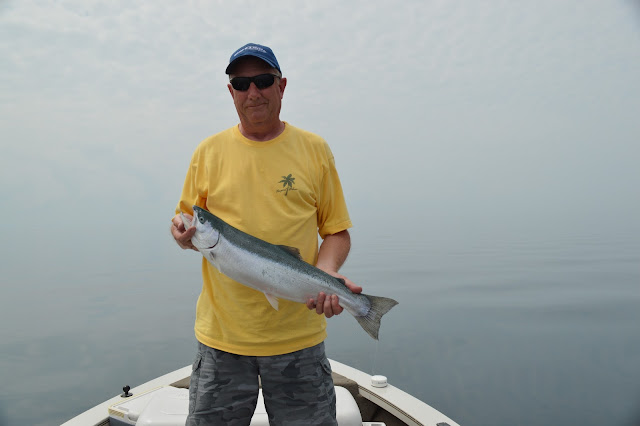 As the sky began to cloud up a bit and the winds along with them, everybody else seemed to head to deeper water. I had a hunch that they were all going the wrong direction and the quiet radios seemed to confirm my thoughts. We decided to do the opposite and head a bit shallower so we moved between 105 feet of water and 120 feet of water. The fishing just got better. 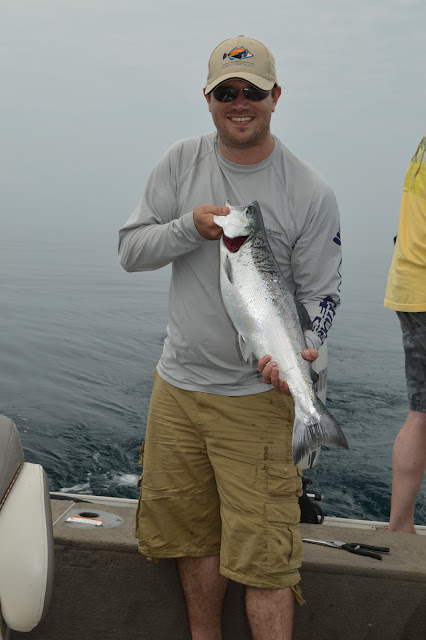 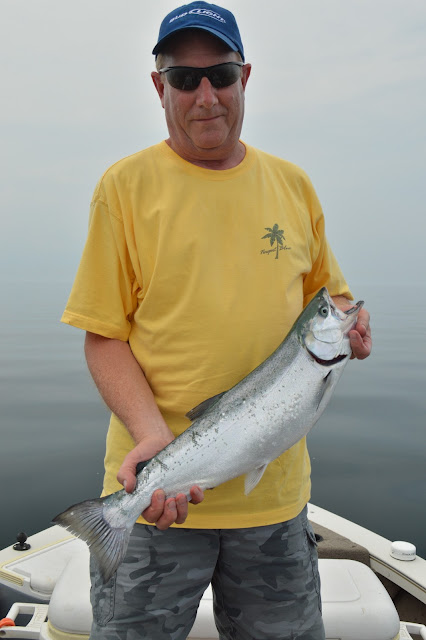 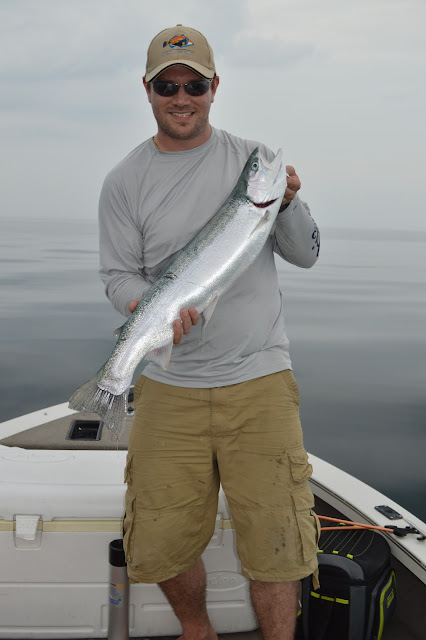 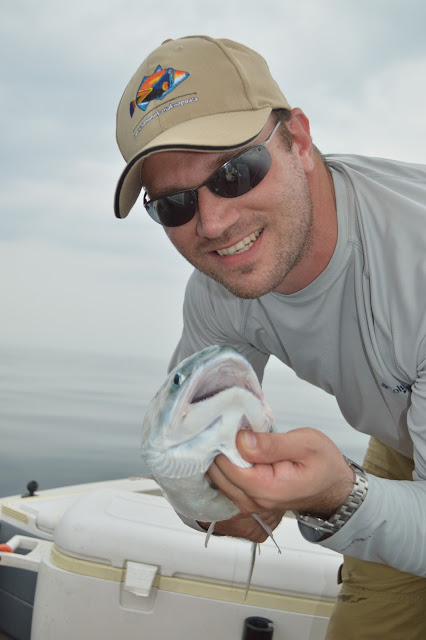 I think the most exciting fish was the steelie above. This thing hit on 10 color line that was attached to a planer board about 80' back from the boat. In case you aren't sure how long a 10 color line is, it's about 100 yards long - or 300 feet. So, in total, I had to reel this thing back from 380 feet! Almost as soon as it was hooked, you could see it absolutely launching itself into the air. It looked like a marlin in fight or flight mode. To watch this from 380 feet away was just awesome!!!

In the end, I think we had 7 or 8 in the box, released 2 lake trout at the boat, and missed another 5 or 6. Around 3:45pm local time, the rain began to push in, the waves quickly built to 3 footers, and we had a cooler full of fish to clean so we called it quits. It was a really nice relaxing day which was highly needed after a very stressful work trip.

Oh yeah...did I mention that my 23 month old caught his first fish over the weekend ;)
By BrookfieldAngler
Email ThisBlogThis!Share to TwitterShare to FacebookShare to Pinterest