Snakes on a kayak

Que the Samuel E Jackson monologue - we've got snakes on a kayak!!! 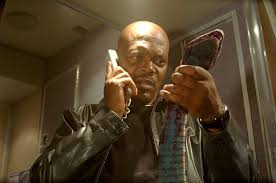 Fine...I may be exaggerating a bit but it got your attention didn't it?

The real story is this:

Woz and I jumped in his yaks and paddled the mighty Des Plaines River in search of whatever fish we could find. Short of a bass caught by him, we didn't catch a thing. Most of the time instead was spent paddling, exploring, and taking in the sites.

Nearly half a dozen deer were seen crossing the river, an eagle soared high above our heads, and spring's green was in full effect.

One of the coolest things (at least to me) was when I spotted something working its way across the river in the distance. I wasn't really sure what it was until I paddled closer and saw a gorgeous Northern Water Snake (Nerodia Sipedon) with a fish in his mouth. *Note - I am leaving the species capitalized just to annoy all you amateur scientists. I even highlighted, underlined, made it bold, and italicized it to push you over the edge!

I was able to get close enough to actually touch him which caused him to dip beneath the surface and under the kayak. He resurfaced seconds later allowing me to snap a few pictures. 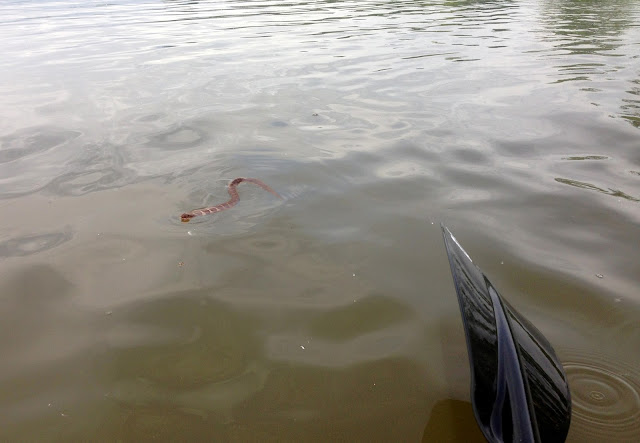 As a reptile lover, I enjoyed every second of seeing him in his natural habitat. Woz on the other hand apparently isn't a big fan of snakes. A few minutes later we saw another, larger, specimen hunting with his body perched on a log and his head just above the water surface. Seeing this snake's ability to easily climb on to a log in the middle of the river prompted Woz to wonder if snakes could climb onto the kayak.

Truthfully the answer is yes though it's unlikely that it would actually happen.