Headed out on Saturday despite the very cold 19 degree temperatures in search of steelhead. The cold air was really a blessing in disguise as it kept pretty much the fair weather anglers off the water as I only saw one other person the entire time I was out there. I reached the streams around 10am and fished until 1:30.

In the three and a half hours out there, I saw at least nine fish, hooked two of them and landed them both (I'm getting better at this game!)

I started the day fishing an egg pattern that just wasn't getting much attention so I switched to a fly I tied up a couple weeks earlier. It's not an entirely new fly as I based it off a pattern I found on some website. I didn't have a whole lot of confidence in it, but figured I'd give it a shot anyways. 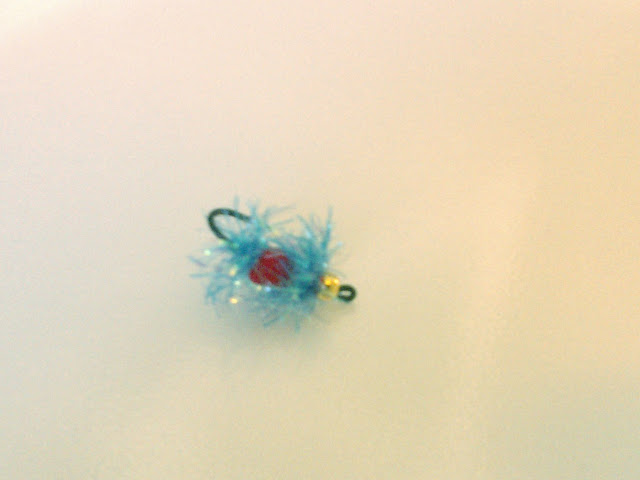 At the first pool with that fly, I hooked a fish on the forth or fifth drift.  She came in at 30" and was loaded with eggs. She was quickly CPRed to get back to doing what she was there to do. 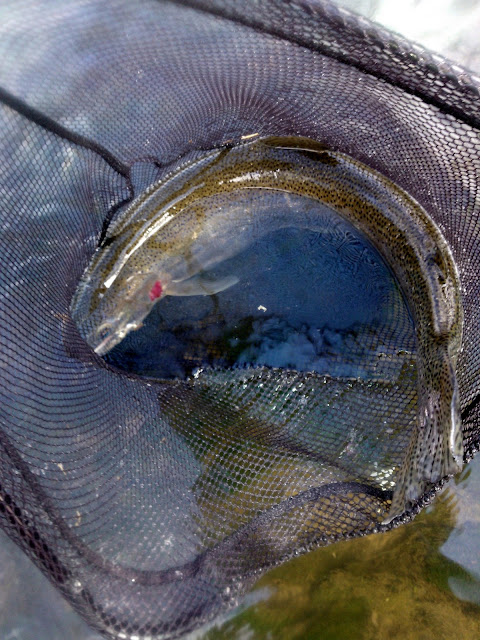 After giving that pool another 20 minutes, I moved down to the next one and had a quick strike but I just didn't react quick enough. A few drifts later, another quick strike followed by a hook set and viola! Fish numero two - a very solid and strong 26" fish. Despite being four inches shorter, this hen had a ton of fight in her and even provided a few acrobatic hook spitting attempts. As I went to open the folding net, I realized it was frozen so I ended up going with the old tail grab. A quick picture and she was was off swimming again.


Since my gloves were now soaking wet and I had a hot date with the wife that evening, I called it quits for the day.

I now have a new confidence pattern for slower pools!