Fly holder for your tying bench

You sit down at your fly tying bench and start whipping out some flies - where do you put them when they are done?

I usually just put them in a container of some sort or sometimes I would just make a small pile. This used to drive me nuts because eventually that container or pile would get knocked over or covered with material - basically it was a big mess.

As an example, I tied up a bunch of egg flies one night and some clousers a few days later. When I went to grab the egg flies the following weekend, I felt like I was missing a few but just couldn't figure out where they went. Fast forward a couple days after that when I was cleaning up my bench and I picked up a bucktail. As I went to put the bucktail in the bag, I found four egg patterns stuck to it - So that's where they went!!

Well no longer will I have this problem!

I was looking for a screw driver in my tool box when I came across a roll of magnetic strip tape. Instantly it dawned on me....this would be perfect to hold those flies!!!

I cut off a couple of feet from the roll and found the perfect place on the bench to put it.... 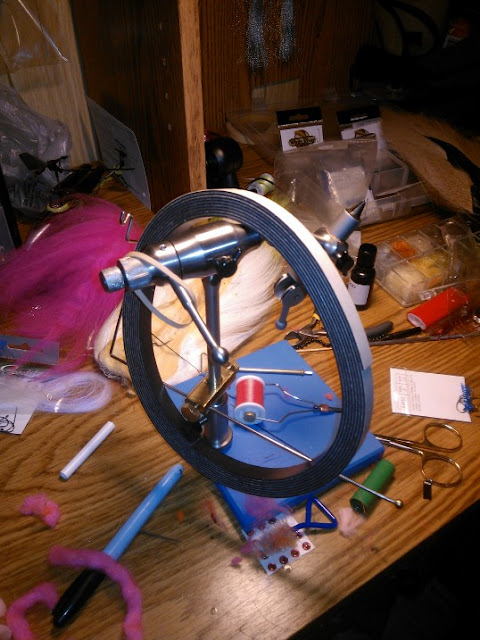 ...peeled the adhesive backing and stuck it to the bench! Eureka! It works! 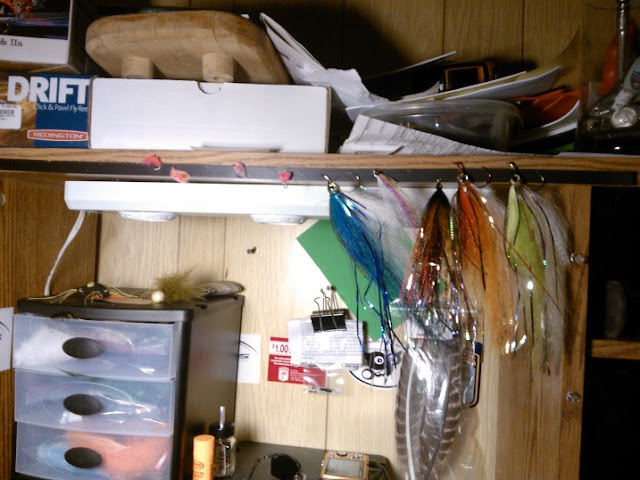 As you can see, it hold any size fly from small egg patterns, tiny dries and nymphs, and even big pike flies!

I am pretty sure you can buy this stuff at almost any major hardware store - if not, maybe even a hobby store or the good old internet.