Drifting In The Driftless

Drifting a nymph, a parachute adams, and stripping a hopper in the Driftless this past Sunday turned out to be one of the best trout producing trips I have ever taken.

About a week ago I received an email from another angler who frequently reports from south west Wisconsin. He let me know the wifey was out of town and he was going to be spending some time slinging flies. All summer I have been reading his reports while drooling all over my keyboard at his good fortune with the trout, so I gladly accepted his invitation. I didn’t even stop to check with the lady before accepting! That’s serious!

Saturday came and I ran all my required errands and tried to get home to bed so I could be up early. You know how it goes, it’s impossible to get a good night rest before a big fishing trip.  I think I got about two hours of shut eye before leaving my house at 12:45am Sunday morning. I met up with Jon and we parked the car streamside by 5:40am, just a bit before sunrise. The area was beautiful! There was a light fog over the land and every stretch was gorgeous. 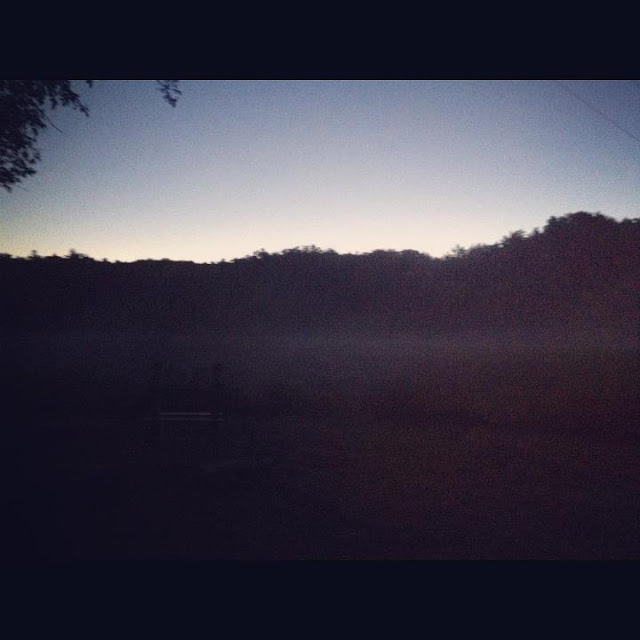 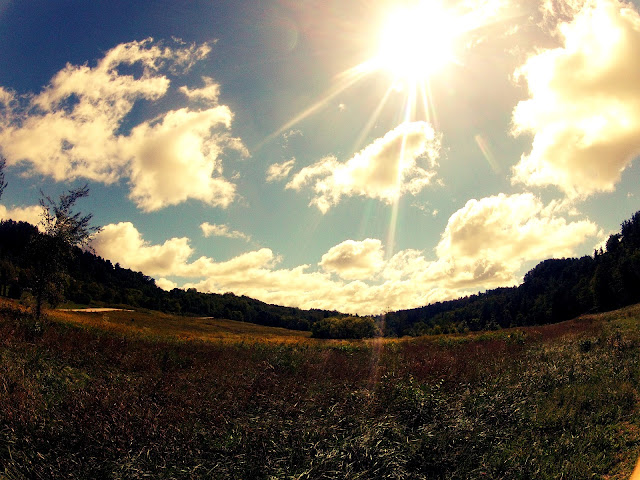 Let me engage in a sidebar:
Hopefully I’m not the only one who thinks like this but I think I can probably relate to everyone when I say this. Whenever you’re fishing with another angler you’ve never met before there’s always uncertainties. ‘Is this guy going to be crazy and yell at me that I’m fishing wrong all day?’ ‘Is he going to be confrontational, awkward, nuts…etc?’ Ya know? Well I was glad Jon was a cool dude! It can change your entire day of fishing…and it was a great day!

Oh yeah…streamside with just enough time to set up the fly rods, and get geared up. Jon gave me a few pointers about the land and showed me a few examples of what he looks for. As this is all relatively new for me so I paid close attention to this advice. He put me on the first riffle and I casted a size 12 stonefly I had left over from my trips to Tennessee. Nymphs in general are my comfort zone and I noticed a lot of brown bugs all over the place so I kept my colors close. 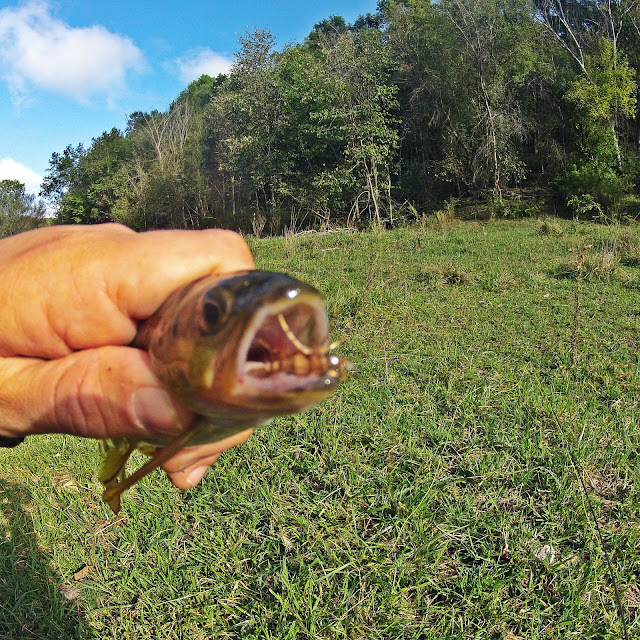 Second cast, I saw the swirl, set the hook, but it was too late. Missed him. I stayed on the riffle for another 10 minutes partly to try for any other browns not spooked by the first commotion also I didn’t want to creep up too fast on Jon which was about 30 yards in front of me.

Jon and I both moved spots inching our way downstream. I started finding I was missing strikes like crazy. I was missing 7 strikes before getting a solid hook set. Now let me say this…. I’ve been fishing for trash fish and bass all summer so my hook set was anything but delicate. (Needs some work) I was hook-setting like It was a 5lb bass taking a senko. 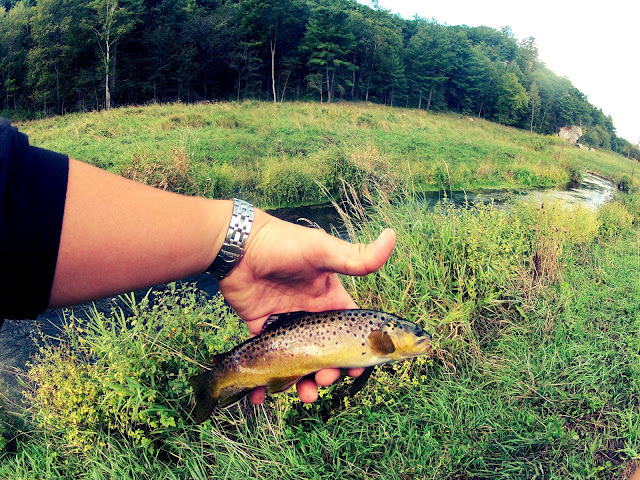 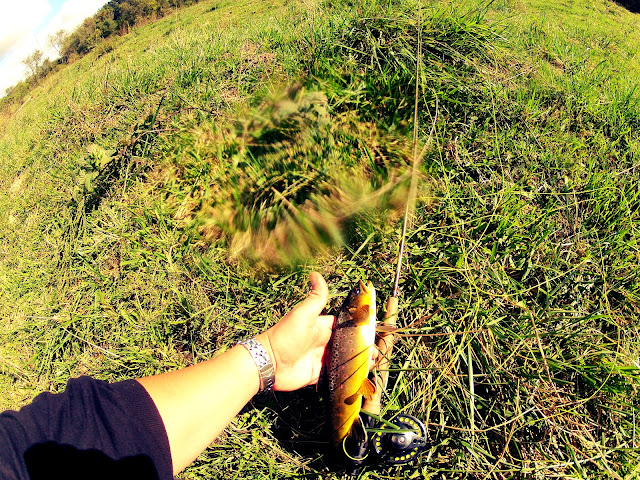 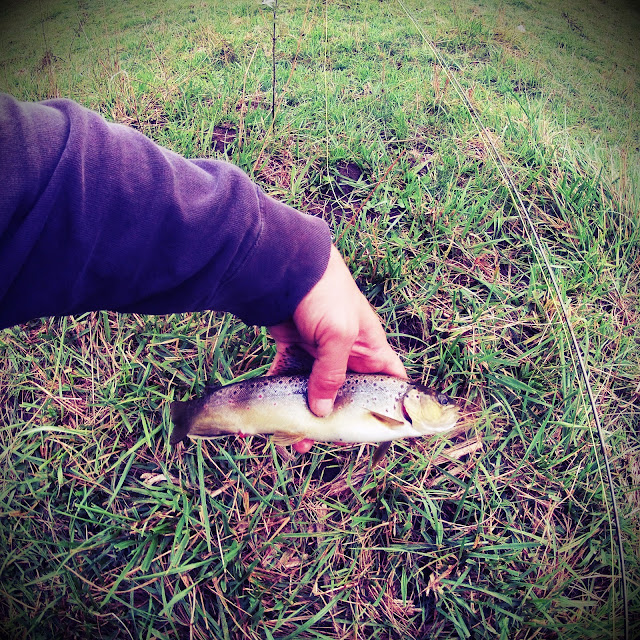 I could tell you about every hole, but I won’t. There was 28 brown trout, 2 rainbows, and an ungodly amount of chubs landed. The chubs most of the time went sailing over my shoulder on the hook set…poor little guys.

One really cool event was my first good size brown on a dry fly (parachute adams). I tried non-stop in the Smokey Mountains but I couldn’t get anything on the dry fly. I’m hooked now…the catch on a dry is so much more fun than the typical nymph. 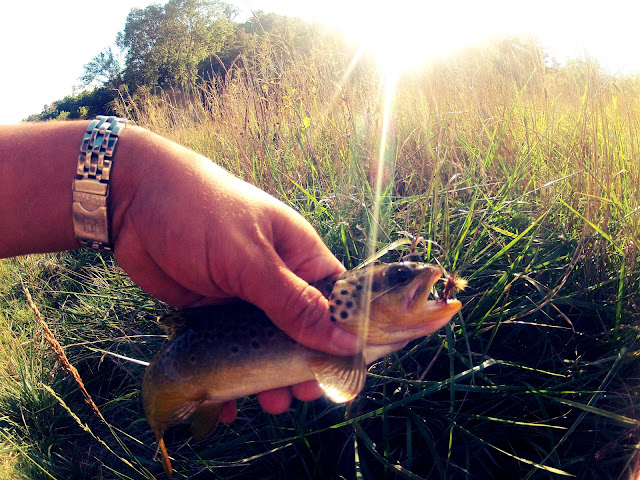 Blacks and browns in color selection were my best producers. Jons dad, who apparently is an amazing fly tyer, had tied my biggest producer similar to a prince nymph but with a brown body and a black bead head instead of the traditional gold.

All in all I can’t believe the amount of trout that were visible in such a small stretch of water. My personal best was a rainbow tucked in the corner of a pool in the slack water next to the riffle. He was about 14 inches. Unfortunately I didn’t have a tape measure but I used my rod to size him up. 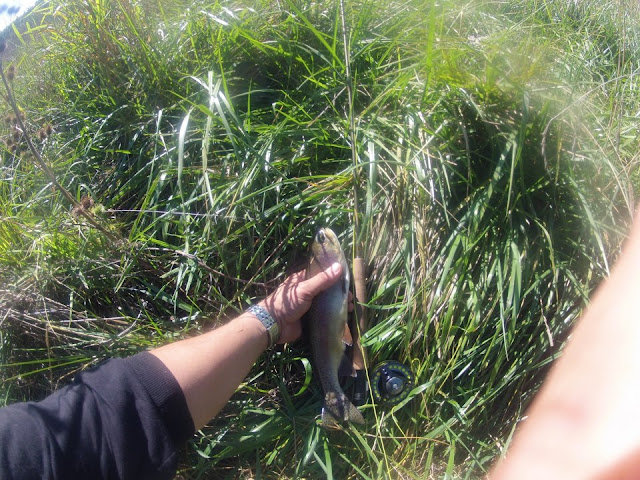 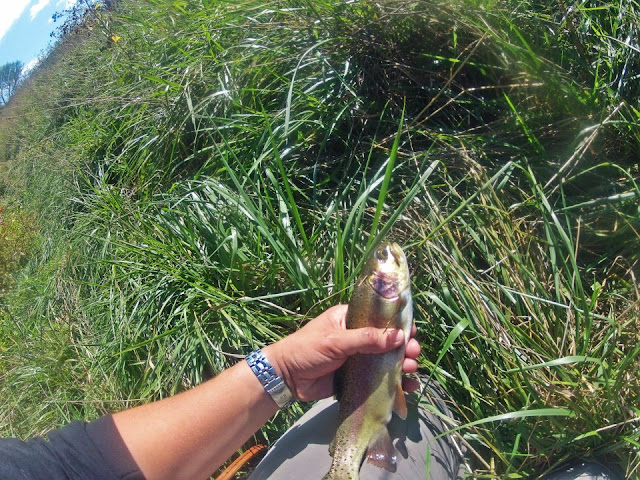 If you get the opportunity head to the Driftless you won’t be disappointed.
Enjoy guys!