The dam doesn't look too much much different than the last time I posted pictures with the exception that more of the actual dam has been removed. The water level was incredibly low as a result of the major drought we were under and it was hard to imagine what the river would look like at normal flow.

Last night, when I went to bed, the river was flowing at about 180cfs at the dam. I was awoken around midnight by several successive loud claps of thunder and a scared 11 month old baby. With that thunder came lightning and rain.....A LOT OF IT!

The Chicagoland area received anywhere from less than an inch of rain to almost three inches, in spots, overnight. That could only mean one thing....the river had to come up. I jumped on my phone and checked the USGS gage for Riverside and sure enough, it had shot up to over 1300cfs.

We finally had enough water to see what the river would really look like now that the dam is gone. That  revelation meant a detour this morning to go have a look; here is what I found....

(Please excuse the spots on some of the photos, it was still raining when I took these shots and some water was on the lens) 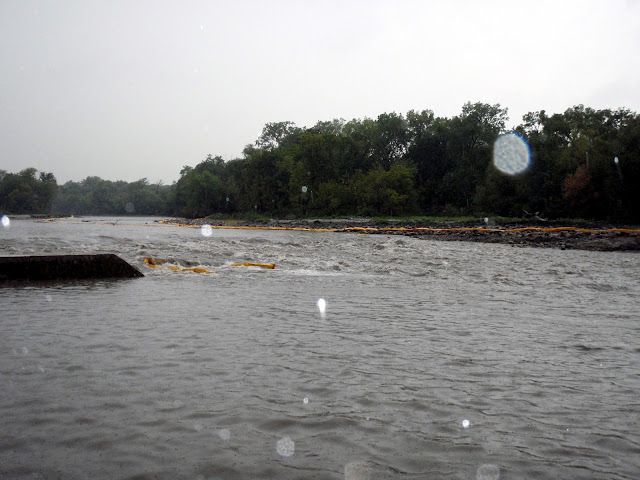 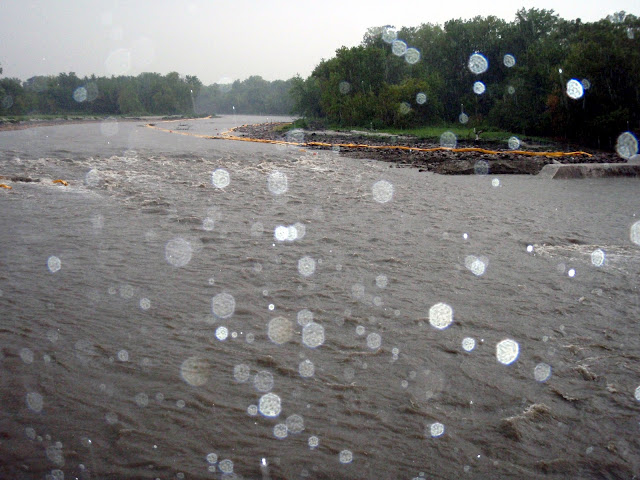 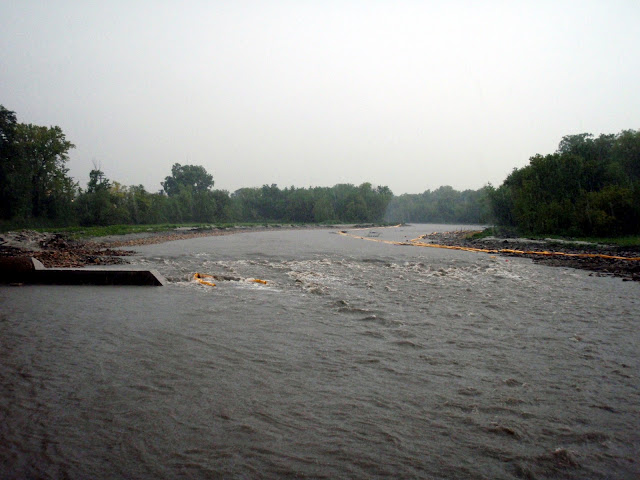 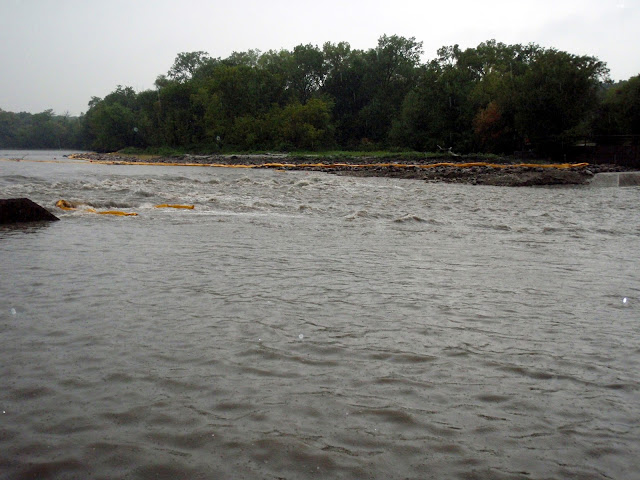 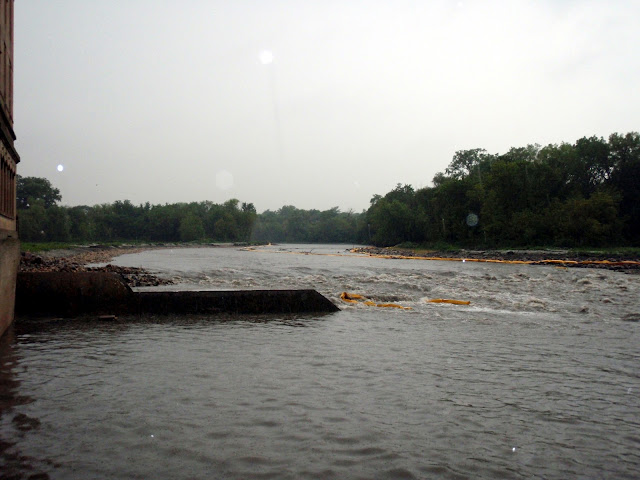 I think it's safe to say that the fish can now swim upstream to sections of the river that has been closed off to them for decades.