Thrill of the Frog - Man, I'm Gonna Miss It

As any bass fisherman who has ever had the thrill of catching a bass on a hollow body frog knows... there is nothing like it - period.

But what makes it so exciting? It's not always the most productive choice and it can be BEYOND frustrating at times. It's not a method for the the faint of heart. Maybe that's it?

Every single day during the summer months here in the grand old U.S. A. - perhaps the world - bass anglers across the nation head out to their local ponds, lakes, or rivers in search of the densest lily pads or the thickest algae blooms around. They cast that hollow body frog right into the thick of it and with the exception of the plop that frog makes when it hits the surface of scum, there is nothing but deafening silence. Slowly the angler works that frog - twitch, twitch, pause...twitch, twitch, pause...

And then it happens...a sound that resembles a gurgle mixed with a pop, splash, and slurping sound all rolled into one. It happens so unexpectedly that it's nearly impossible to resist the urge to yank back on that rod when you see and hear that fish break the surface and tension. So many times the angler jumps the gun and misses the fish.

It is the patient angler, though, that can withstand the thrill of the frog. It's that angler, and that angler alone, that can wait through the excitement and slowly count to three-one-thousand before yanking the hooks into the lips of that worthy fish. Then there are those who laugh at the idea of a three count. Nay, they say...I set the hook by feel and feel only. These are the masters of the thrill of the frog.

For those monk like anglers who have the ultimate control, they are rewarded by some of the biggest and gnarliest fish out there and some of the most exhilarating fishing experiences available. 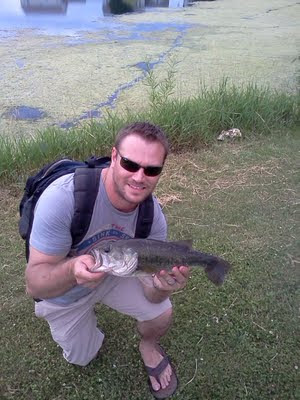 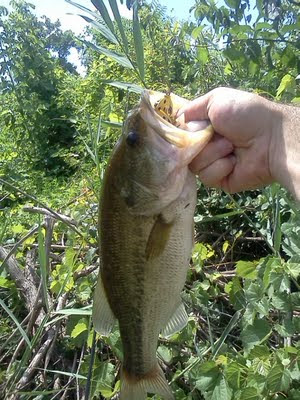 Get out there and experience the thrill of the frog for yourself.
Till next year....
By BrookfieldAngler
Email ThisBlogThis!Share to TwitterShare to FacebookShare to Pinterest