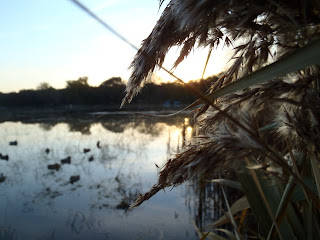 The last two weeks have been busy for waterfowl and pheasant hunters. The opener of the waterfowl season was October 15, 2011 and the pheasant club I belong to had their inaugural European Tower Shoot on Sunday October 23, 2011. There was lots to do last weekend and it started off with some early morning waterfowl on West Loon Lake.

The weekend started out with some early morning duck and goose hunting action on West Loon Lake. We got out to the blind a 6:20am and this was well before shooting light. The morning looked like it was going to be a little slow because of clear blue skies and no wind to speak of. The ducks started flying early and we managed to call a few in and had some success getting a hen mallard. We did see some limited goose action and attmepted to call them but these were local traffic and already hip to us hunters. 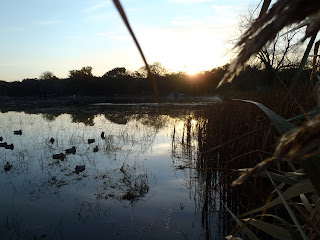 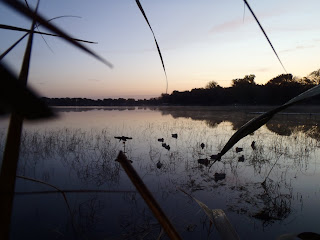 Next was the tower shoot at Quarry Ridge Hunt Club in Lena Illinois. This is an event that they hold a few times a year and if you like upland hunting, it is a great time. There are 100 birds and they are released from a 20 foot tall tower in the center of a large field. The birds fly and make their way to the outter circle where the hunters are waiting. Needless to say many make it out of this circle untouched by any ammo. I never miss, I prefer to think of it as conservation! Then when the tower portion is over the hunters and dogs go in to rest and eat. After some good food, the hunters that choose can go back out into the field to work their dogs and clean up any birds left. 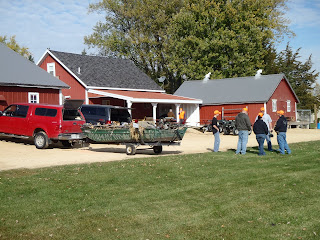 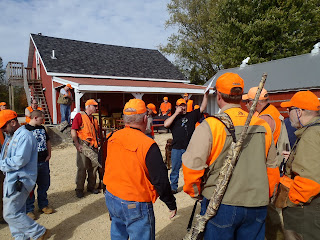 This is where the Happy German Shorthaired Pointer comes in. Mind you this dog lives to find things; sometimes it's birds, and sometimes it's anything he can get his mouth on. He even learned how to get into the cabinets and bring pots and pans to me. Tino, just turned two on St. Patrick's Day so he is still a puppy and acts it too! It is amazing how dogs seem to have a sixth sense about things such as hunting because I swear he knew this was going to happen. I found him getting more intense on walks, then pointing in the backyard on anything with fur or feathers. I knew he was ready when he went on point in the kitchen and it was a fly on the window. Tino was ready to go and performed well in the clean up hunt. We got another 8 birds to bring in! 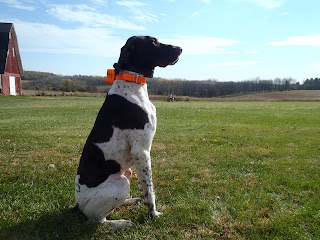 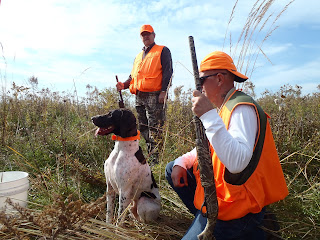 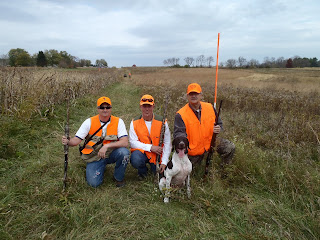 All the dogs really amaze me that with their sense of smell, they can find something as small as a pheasant in a 40 plus acre field of deep grass. This was a great day to be out in the country and if you like upland hunting and never tried a tower shoot, I highly recommend it! Great friends, great food, great dogs, and the great outdoors, hard to beat!
By Unknown
Email ThisBlogThis!Share to TwitterShare to FacebookShare to Pinterest